From Wiktenauer
Revision as of 22:35, 8 June 2020 by Michael Chidester (talk | contribs) (→‎Proofread)
(diff) ← Older revision | Latest revision (diff) | Newer revision → (diff)
Jump to navigation Jump to search
This page has been proofread, but needs to be validated.

The right edgeblowe may in like manner be warded with the single sworde or cloake: but when it cōmeth aloft, it shall not be commodious to encounter it with the single cloake, for by that meanes the eyes blinde themselues. How much this importeth, let others iudge. But, when the saide right blowe commeth in a manner lowe, so that it may well be warded, keeping the enimie in sight, then the cloake is to be opposed, with the encrease of the left pace, & presently thereupon, a thrust to be discharged, with the encrease of a right pace.

When one opposeth the single sworde against the right blowe, he must driue a thrust at the face, & fetch a compas with his hinder foote, cutting the face with the saide thrust, and staie himselfe in the broad ward. The selfe same must be done, when he defendeth him selfe with both together, to wit, with the sword and cloake.

Nowe, if one would defend himselfe with both these 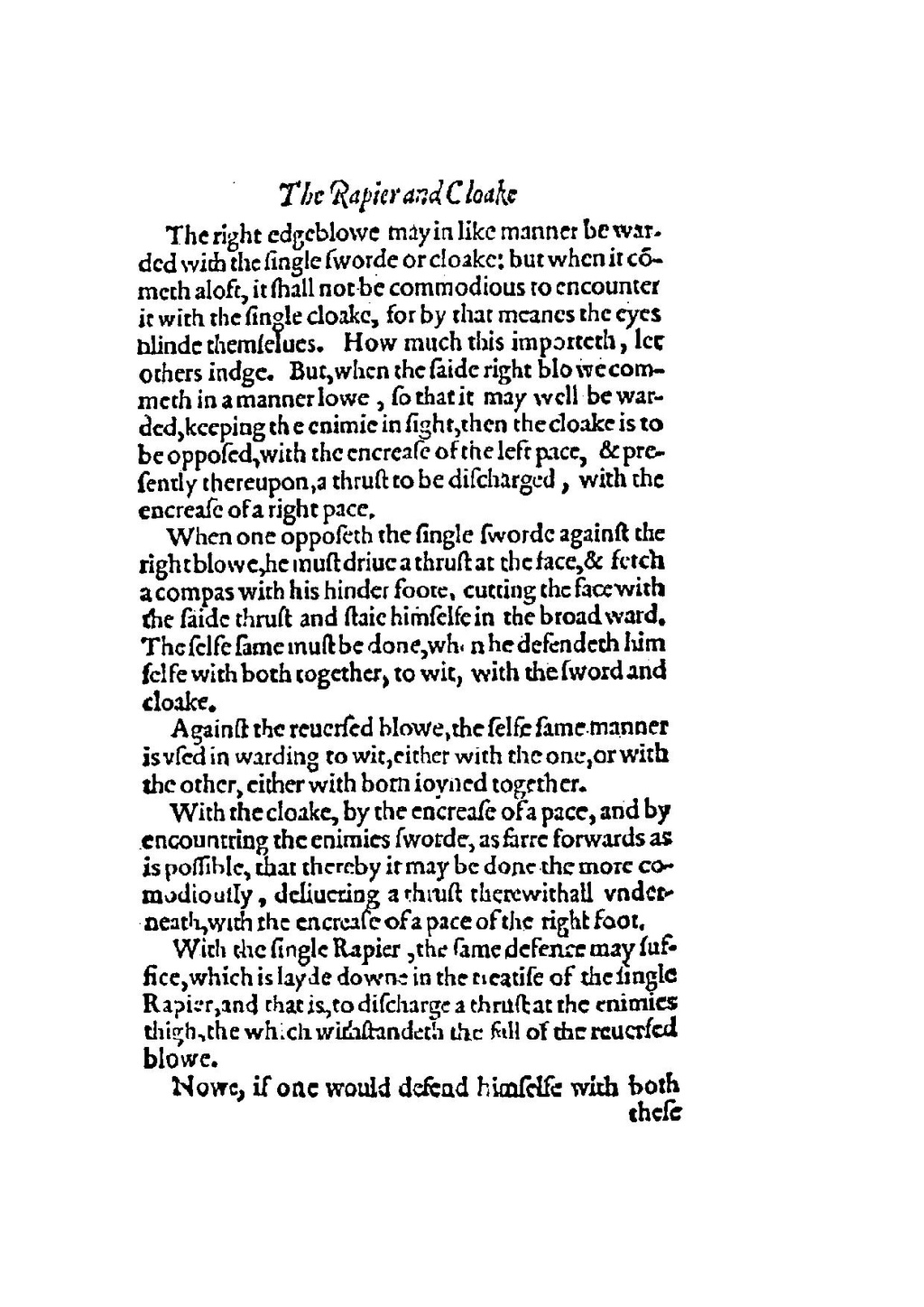