hilts, whereby they are inſufficient in their defence, and eſpecially for the hād, which being ſtroken although with a verie ſmal blow, moſt commonly is the loſſe oſ a mā, becauſe the force of his hand being taken from him, he is neither able to defend his life, nor greatly to offend his enemy: and againe , ſince the Rapier-fight hath bene taught, for lacke of practiſe they haue left the vſe oſ the blow.

to drawe their Bird-ſpits , and when they haue them, what can they doe with them ? can they pierce his Corſlet with the point? can they vnlace his Helmet, vnbuckle his Armour, hew aſunder their Pikes with a Stocata, a reuerſa, a Dritta, a Stramaſon, or other ſuch like tēpeſtuous termes? no, theſe toyes are fit for children, not for men, for ſtragling boyes of the Campe , to murder poultrie, not for men of Honour to trie the battell with their foes. Thus I haue (right Honorable) for the trial of the truth, betweene the ſhort Sword and the long Rapier, for the ſauing of the liues of our Engliſh gallants , who are ſent to certaine death by their vncertaine fights , & for abandoning of that miſchieuous and imperfect weapon, which ſerues to kill our friēds in peace, but cannot much hurt our foes in warre , haue I at this time giuen forth theſe Paradoxes to the view of the world . And becauſe I knowe ſuch ſtraunge opinions had need of ſtout defence , I humbly craue your Honorable protection , as one in whom the true nobility of our victorious Aunceſtors hath taken vp his reſidence. It will ſute to the reſt of your Honours moſt noble cōplements , to maintaine the defence of their 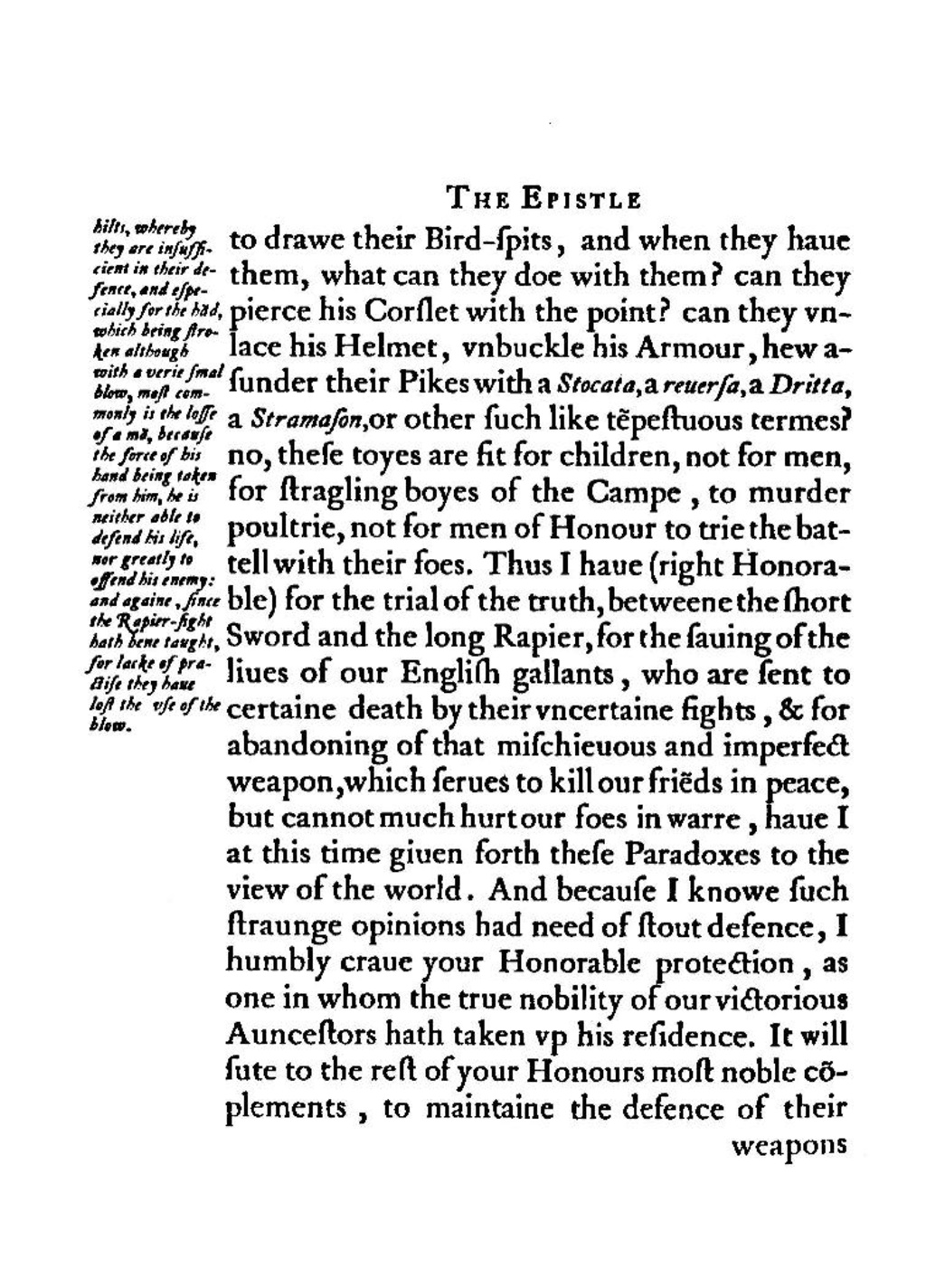