then it is not onely profitable but also necessarie, to step forwardes and with the Cloake to encounter the enimies sworde in the first parte thereof. And recouering his owne sworde, to discharge a thrust vnderneath with the encrease of the right foote. And although it be laide down for a rule, not to vse a whole pace in handling of the Cloake, this ought to be vnderstoode in striking, in the which (whilest one endeuoureth to strike with his sworde) it may be forgetting the Cloake, his arme may fall, by meanes whereof he may stumble against it: but in warding, it doth not so happen. For nature being carefull to defende her selfe (at euery litle danger) lifteth vp both her armes, yea, although they be oppressed with waight and burden.

Wherefore it is not to be feared, that in warding this thrust, the hand will be drawen downe by the waight of the Cloake.

The same wardes and defences may be vsed with the single Cloake, in the which, one must likewise strike, with the encrease of the right foote. This maner of warding is not verie sure, and therefore it requireth great actiuitie and deepe iudgement, considering he ought to beare his Cloake and arme stretched out before him, & to marke when the enimies swords poynt shall passe within the Cloakhand one handful or litle more: and not to suffer it to passe farther, but to beat it off, and encreasing to discharge a thrust vnderneath, with the encrease of a pace with the right foote. But as I haue saide, this manner of warding hath litle certaintie and great perill in it, and yet it striketh well, if it be done in short time. 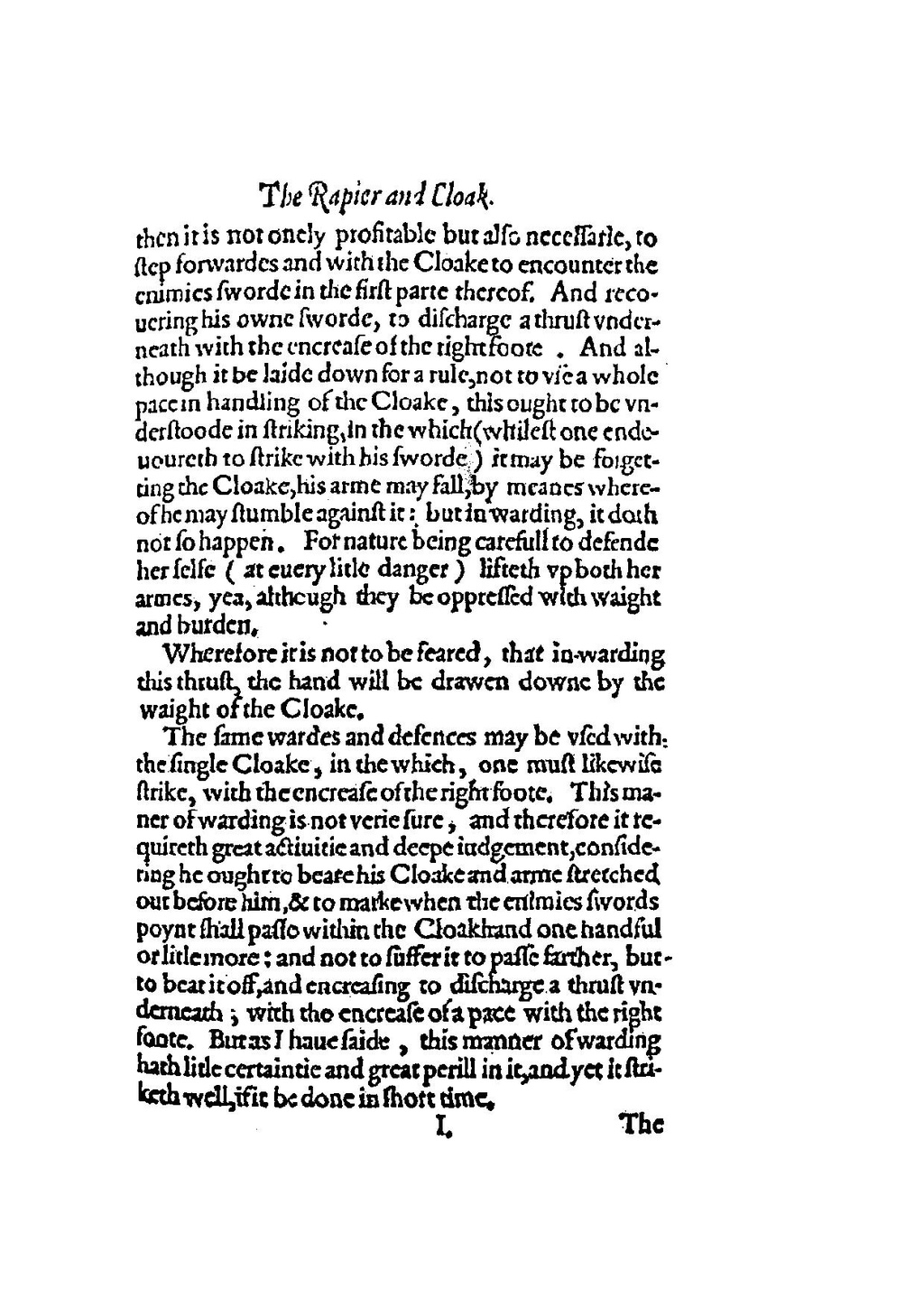