From Wiktenauer
Jump to navigation Jump to search
This page has been proofread, but needs to be validated.

doale , kill or be killed is the dreadfull iſſue of this diuelliſh imperfect fight. If that man were now aliue, which beat the Maiſter for the ſcholers fault , becauſe he had no better inſtructed him , theſe Italian Fencers could not eſcape his cenſure , who teach vs Offence , not Defence, and to fight, as Diogenes ſcholers were taught to daunce, to bring their liues to an end by Art. VVas Aiax a coward becauſe he fought with a ſeuen foulded Buckler, or are we mad to go naked into the field to trie our fortunes , not our vertues? VVas Achilles a run-away , who ware that well tempered armour , or are we deſperat, who care for nothing but to fight, and learn like the Pigmeys, to fight with bodkins, or weapons of like defence? Is it valour for a man to go naked againſt his enemie? why then did the Lacedemonians puniſh him as deſperate, whom they rewarded for his vallour with a Lawrell crowne?To this it will be obiected, that in the warres we vſe few Rapiers or none at all, but ſhort Swords. To that I anſwere: Theſe are inſufficient alſo, ſor that they haue no But that which is moſt ſhamefull, they teach mē to butcher one another here at home in peace, wherewith they cannot hurt their enemies abrode in warre. For, your Honour well knowes, that when the battels are ioyned , and come to the charge, there is no roome for them 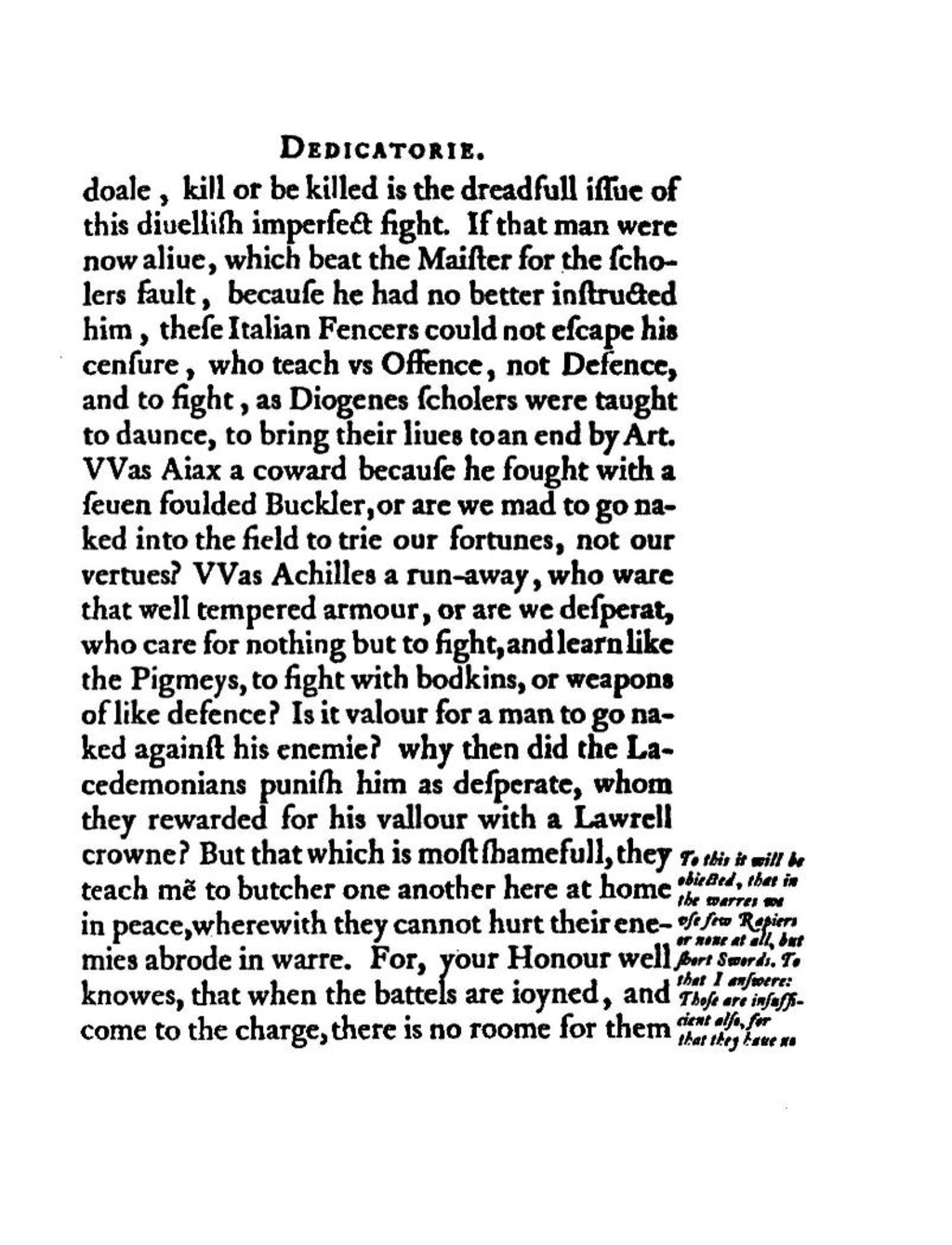