From Wiktenauer
Revision as of 21:18, 11 June 2020 by Michael Chidester (talk | contribs)
(diff) ← Older revision | Latest revision (diff) | Newer revision → (diff)
Jump to navigation Jump to search
This page has been proofread, but needs to be validated.

ought as soone as he hath stroken, to drawe or slide his sword, thereby causing it to cute: for otherwise an edge-blowe is to no purpose, although it be verie forcibly deliuered, especialy when it lighteth on any soft or limber thing: but being drawen, it doth euery way cute greatly.

AL the wardes which are laide downe for the single sword, may likewise be giuen for the sworde and dagger. And there is greater reason why they should be termed wardes in the handling of this, than of the single sword, because albeit the sword is borne vnorderly, & with such disaduantage, that it wardeth in a maner no parte of the bodie, yet there is a dagger which continually standeth at his defence, in which case, it is not conuenient that a man lift vp both his armes and leaue his bodie open to the enimie: for it is neither agreeable to true, neither to false arte considering that in each of them the endeuor is to ouercome. And this manner of lifting vp the armes, is as if a man wold of purpose be ouercome: Therfore, when in this deceitfull and false arte, one is to vse two weapons, he must take hede that he beare the one cōtinually at his defence, and to handle the other euerie waye to molest the enimie: somtime framing one warde, somtimes an other: and in each of them to false, that is, to faine a thrust, and deliuer a thrust, to false a thrust, and giue an edge-blowe: and otherwise also, to false an edge-blowe, and to deliuer an edge- 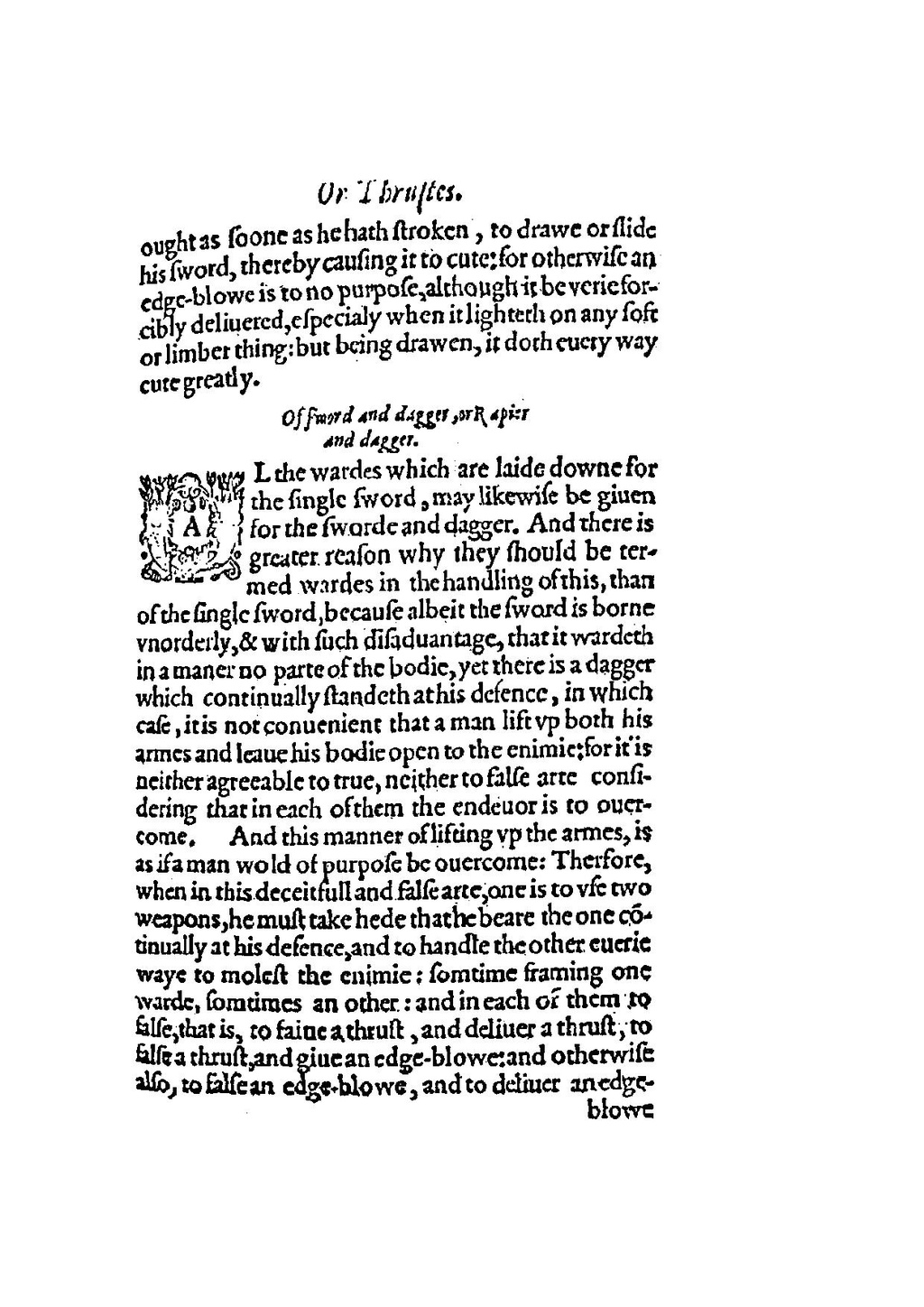