blowe. And in all these wayes to remember, that the blowe be continually different from the false: That is, if the thrust be falsed aboue to driue it home belowe: If within, yet to strike it without, and falsing an edgeblowe aboue, to bestowe it beneath: or falsing a right blowe, to strike with the reuerse: or sometimes with a right blowe, but yet differing from the other. And after an edgeblowe on high, to deliuer a reuerse belowe. In fine, to make all such mixture of blowes, as may beare all these contrarieties following, to wit, the point, the edge, high, lowe, right, reuersed, within, without. But, I see not howe one may practise any deceit with the dagger, the which is not openly daungerous. As for example, to widen it and discouer some part of the bodie to the enemie, thereby prouoking him to moue, and then warding, to strike him, being so disapointed: but in my opinion, these sortes of falses of discouering the bodie, ought not to be vsed: For it behoueth a man, first, safely to defend himselfe, and then to offend the enimie, the which he cannot do, in the practise of the said falses, if he chaunce to deale with an enimie that is couragious and skilfull. But this manner of falsing next following, is to be practised last of all other, and as it were in desperate cases. And it is, either to faine, as though he would forcibly fling his dagger at the enemies face, (frō the which false, he shal doubtles procure the enemie to warde himselfe, either by lifting vp his armes, or by retyring himself, or by mouing towards one side or other, in which trauaile & time, a man that is verie warie and nimble, may safely hurt him:) or els in steede of falsing a blowe, to fling 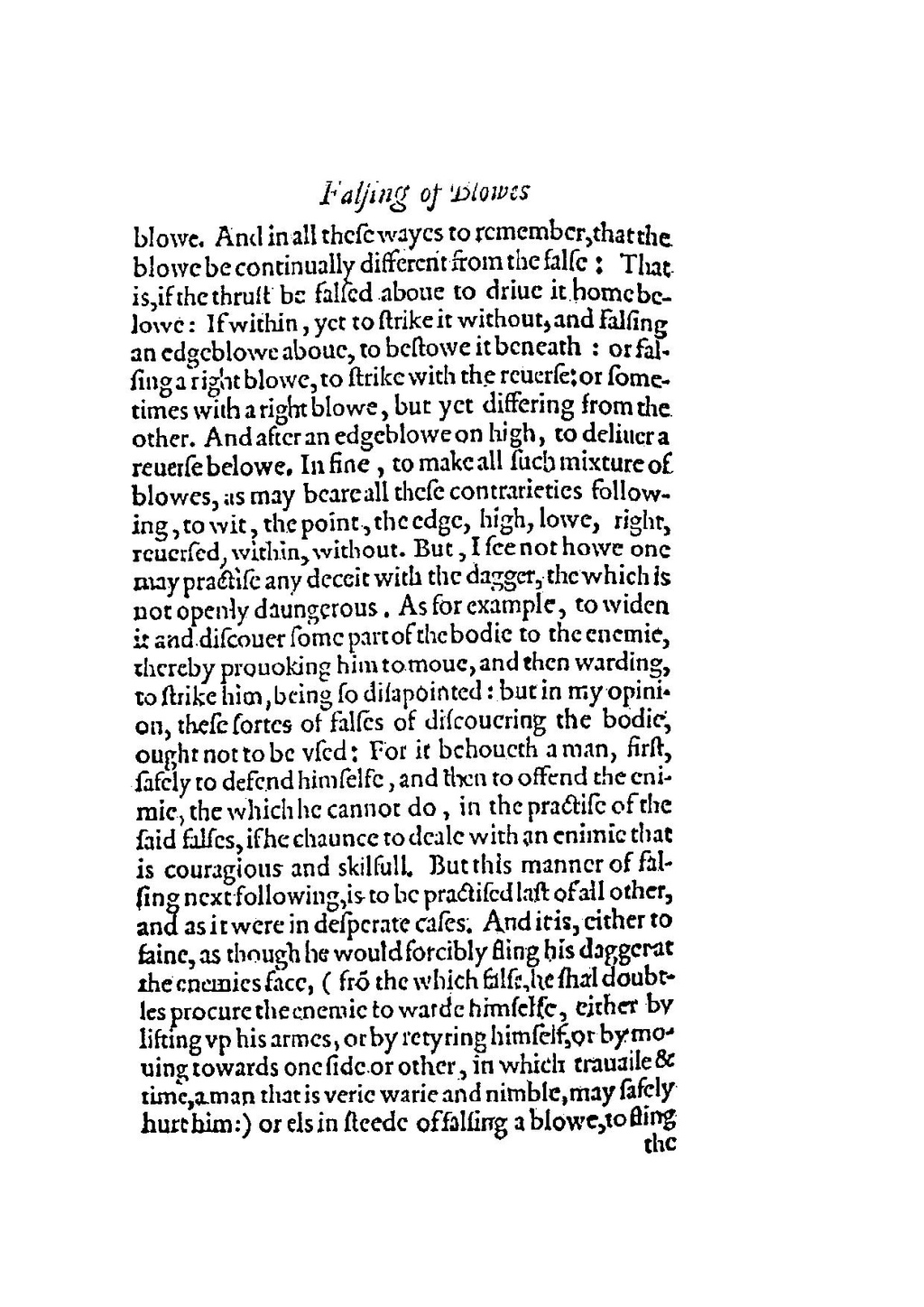