If there be two circles, the one greater then the other, and are moued by one manner of motion, the greater shall be more swift then the lesse: for being greater in circumference & turning round, in the same time that the lesse turneth it must needes be, that it goeth more swiftly. So it commeth to passe, that one selfe-same hand may deliuer a greater blow with the two hande sworde than with a single sworde, and with a long sworde, then one that is shorter, and with that, then with the dagger: And with a Bill, a greater blowe, then with the two hand sworde, and so likewise in all other weapons. Wherefore it is most cleere, that of edgeblowes that maketh the greater stroke, which is deliuered with the longer weapon. It remaineth now to be considered, how this falleth out in the blowes of the point. I saie therefore, the blowes of the point are also circuler, so that the Pike being verie long, maketh the greater circle, and by consequence the greater blowe of the point or the greater thrust. That the blowes of the point are circuler, may be shewed by this reason. The arme (being as a straight line, & fixed fast in one parte, as for example in the shoulder, and mouable in the other, as in the hand, standing I saye, fixed as a straight lyne, and the one end mouing from the other) shall alwaies moue circulerly: So that the arme cannot otherwise moue, except when it is bowed, and would then make it selfe straight againe, the which motion also is doubtfull, whether it be straight yea or no. Therfore imagining that on the mouable parte of this arme, or straight lyne, there be also another thwart lyne, to wit, a Pike, a sworde, or any other weapon, then the arme mouing, carrieth also, circulerly 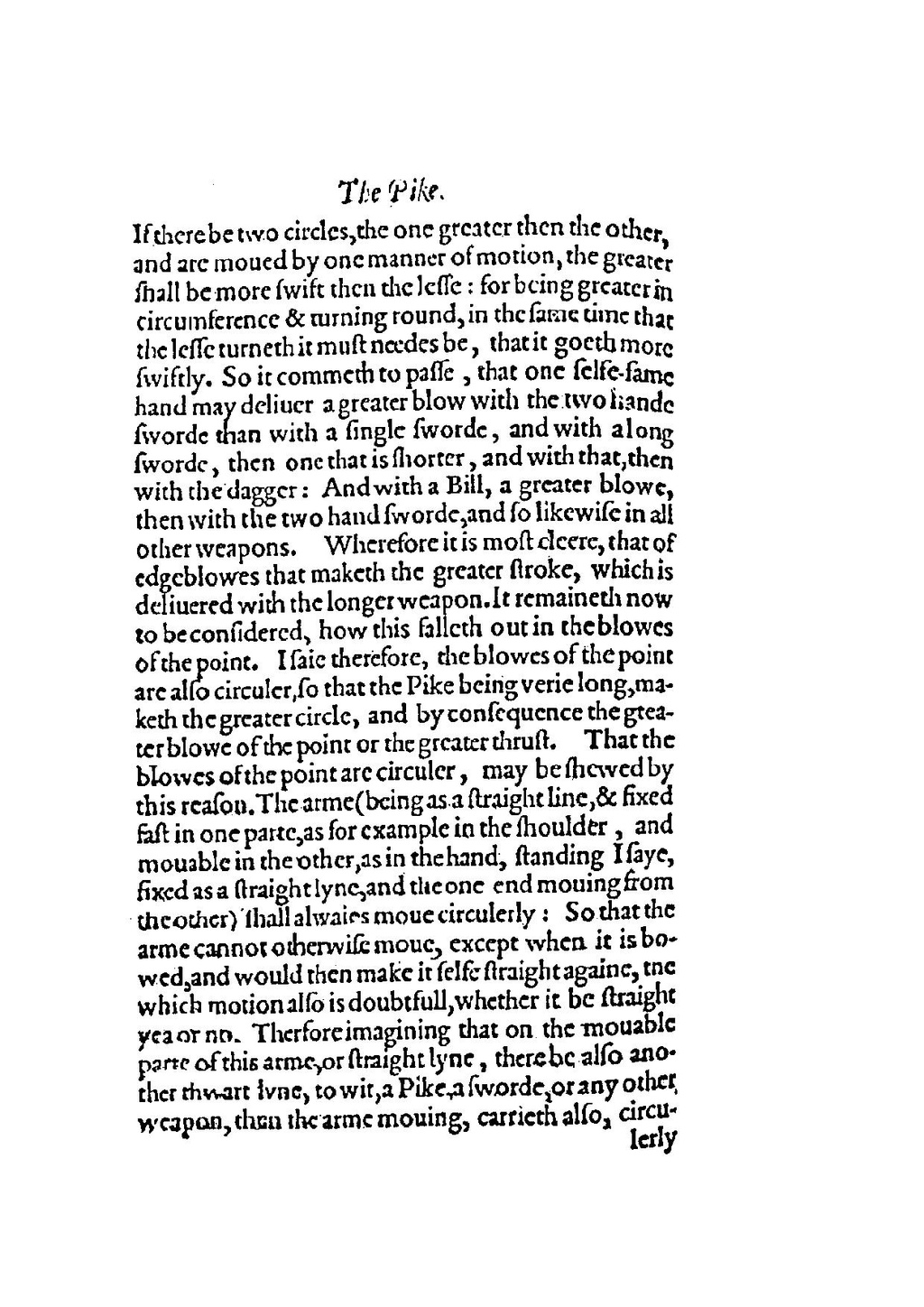