both strike and defend safely.

This manner of thrust is called the reuersed thrust. But if one would warde a reuerse, he must oppose the edge of his sword without, and therewithall increase a slope pace, & then deliuer a thrust with the increase of a straight or right pace. And this may suffice for all that which may be vsed against a loftie, reuersed, edgeblowe, as farfoorth as a man endeuoureth to oppose himselfe against the weapon. And this is the verie same also which may be vsed for the warding of the thrust.

The hurt of the broad warde at single Rapier.

THe most sure, most true & principall blowe that may be vsed in this warde is the thrust vnderhand, so that a man draw his left foote neere his right foote, and then discharge it with the increase of the saide foote, and settle himselfe in the lowe warde.

He may also in this warde with the said increase of the right foote, deliuer a right edgeblowe from the wrist of the hand, and stay himselfe in the low warde. And perchaunce he may (although with great daunger) bestowe also a reuerse: yet considering he shall do it out of the straight lyne, in the which onely he striketh safely, I do not thinke it good, that he vse either the saide reuerse, either the saide right blowe except it be verie seldom, & for the same cause, assuring himselfe in the blow of the poynt, or thrust, the which he shall not giue, except it be verie commodious, or that he be forced of necessitie, considering this thrust doth not onely easily and commodiously defend, but 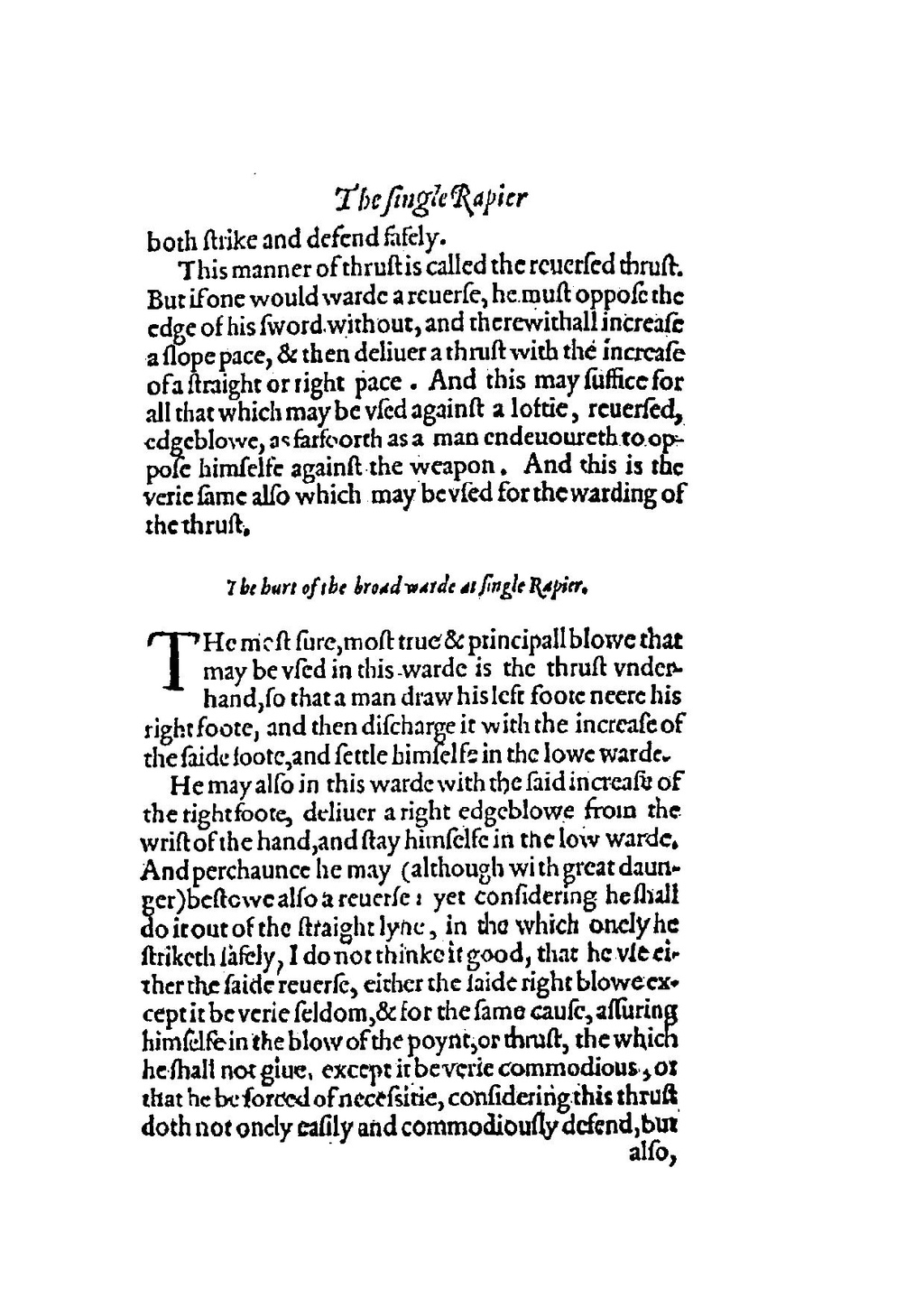