to saie, from the knee vpwards: the lower parts together with the right side ought wholy to bee warded with the sword.

Concerning the dagger, that which is to bee done therewith, it is to be noted, that for great aduantage, it would be holden before with the arme streched forth & the point respecting the euemie, which although it be far from him, yet in that it hath a point, it giueth him occasion to bethink himself.

Now whether a man ought to holde his Dagger with the edge or flatt towardes the enimie, it may be left to the iudgement of him that handleth it, so to vse it, as shalbe most for his aduantage. I haue seene some, who beare it with the elge towards the enimie, alledging this to be their aduantage, that as they encounter the enimies sworde (which commeth with the edge or poynt) in the first and second parte therof, & therewithall do increase a pace forwards, of force the hand turneth and placeth the edge of the Dagger there where the flatt was first: So that they are to driue the enimies sword farre from them without any great trouble, because each little motion in the first parte of the sworde causeth verie great varietie in the poynt, from whence principally proceedeth the hurt. In which case, it shalbe very profitable to haue a good large Dagger.

There be other some, whome it pleaseth to carrie their Dagger with the flatt towardes the enimie, vsing for their defence, not onely the Dagger, but also the guardes thereof with the which (they saye) they take holdfast of the enimies sword: and to the ende they may do it the more easily, they haue daggers of pur- 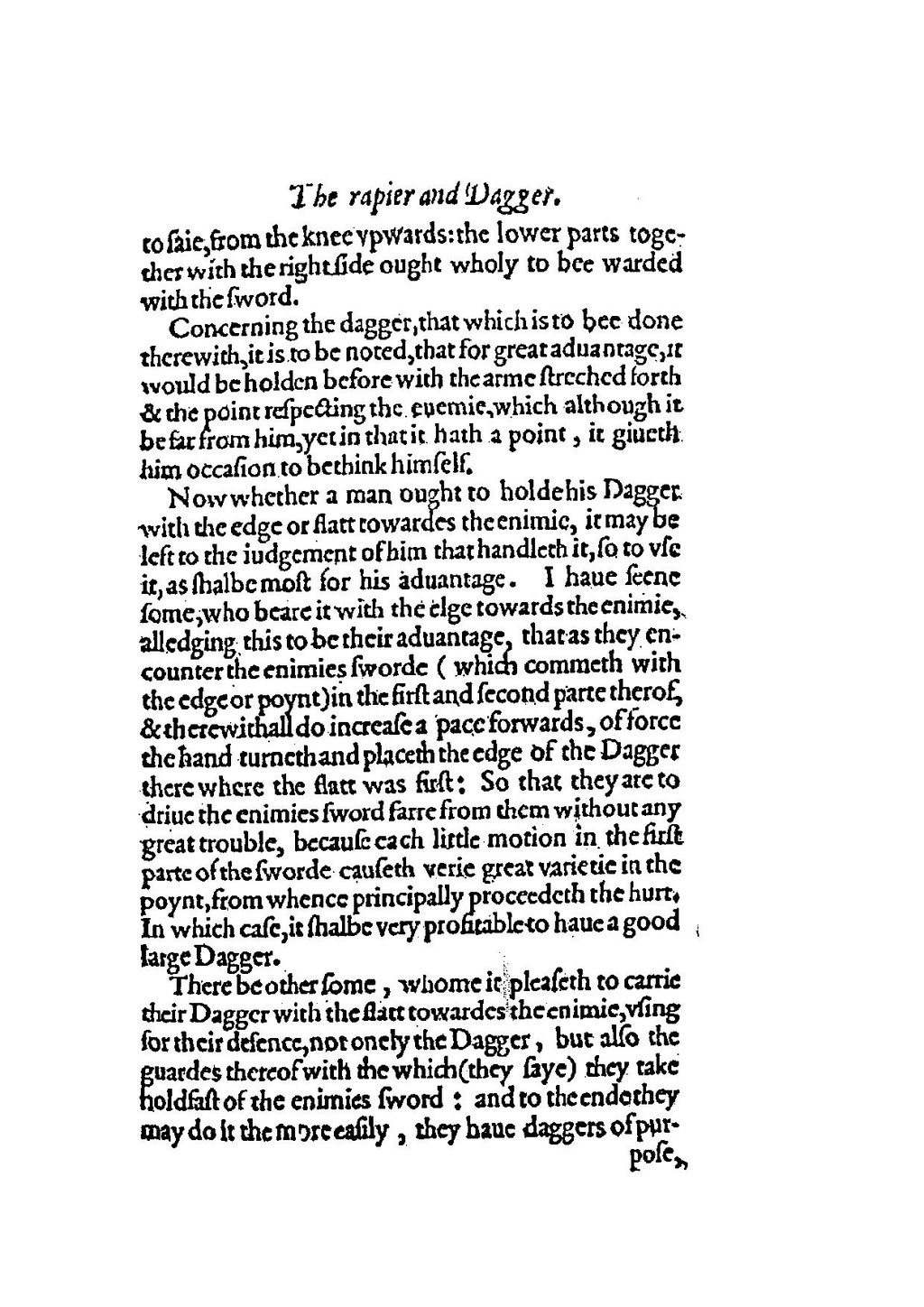