sword, to driue it from the right side, for doing otherwise: that is, if he force the blowes giuen on the leftside outwardes on the right side (forasmuch as the enimies sworde hath by that meanes two motions, the one crossing, which is alreadie giuen, the other straight which the enimie giueth it, continuing the one with the other) it may be, that in the straight motion, it may hit the person, before that (by the thwart or crossing motion) it be driuen quite outwardes.

Therefore all blowes shalbe beaten outwards toward that side or parte of the bodie which is least to the end it may the sooner auoide daunger. And those blowes that come on the right side must be beaten towards the right side: and those on the left side must in like manner be voided from the same side.

Now, as concerning the fashion of the Dagger, thus much is to be saide: that it would be strong, able to beare and incounter the blowes of the sword: indifferently long) that it may be quickly drawen out of the sheath somewhat short: and those that are of the middle size would be chosen.

The offence of the High warde at Rapier and Dagger.

AS in handling the single Rapier, so likewise in this, it shall not be amisse to begin with the High warde, which in managing these two weapons may be framed after two sortes. The one with the right foote before, which I will call the first: and the other with the same foot behind, which I will terme the second. This second requireth a 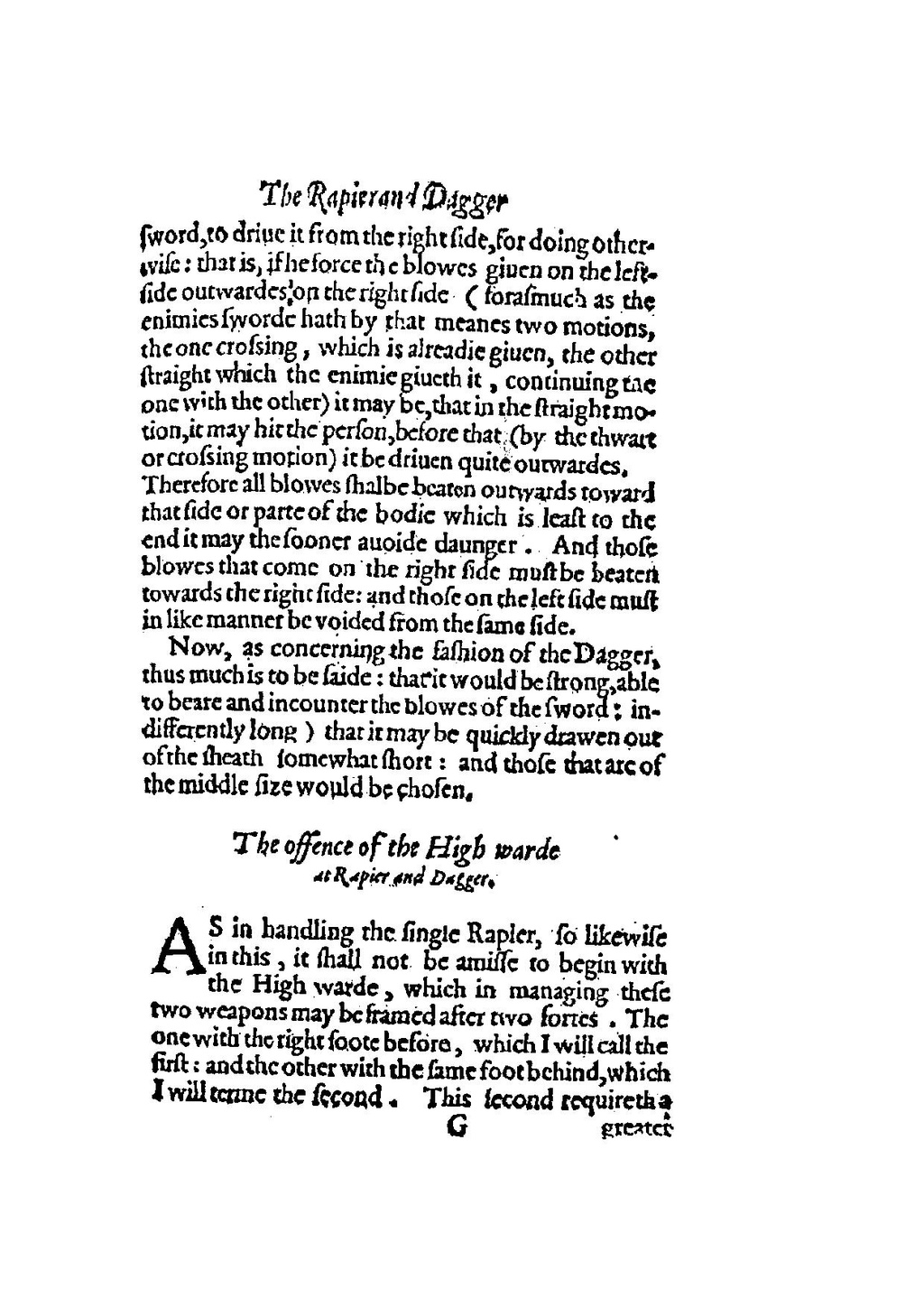