Göteborgs Historiska Fäktskola (Gothenburg Historical Fencing School), or GHFS, is a Historical European Martial Arts club founded in 2003 in Gothenburg, Sweden, by Anders Linnard and Thomas Hagaeus. Besides the main club in Gothenburg, GHFS also has a chapter run by Samuel Spånberger in Floda.

GHFS distinguishes between permanent classes and study groups. A class is offered to all members of the club, whereas a study group’s purpose is to develop into a permanent class once the leaders and instructors feel they have sufficient knowledge within the area.

Since 2006 GHFS organises the annual HEMA event Swordfish. The first year however, the event was run as a collaboration with Malmö Historiska Fäktskola and hosted in Malmö. The event is held during the weekend of the Swedish All Saint’s Day, which occurs on the Saturday between October 31 and November 6.

GHFS has produced a great number of well-known fencers and HEMA scholars. Among them are Axel Pettersson, Andreas Engström, Robert Molin, Roger Norling and Anders Linnard.

All of GHFS classes and study groups are focused on interpretations of the historical sources. All techniques and martial arts interpretations are done based on a contextual understanding and an iterative process of text and practical trials.

Beside the historical studies, GHFS also uses modern sport science, since most sources are quiet on training methodology. In other words, the historical sources provide material for what to train, whereas the modern approach fills in the gaps on how to train it. This approach means that the club is actively trying to come up with didactic tools to improve form and technique.

GHFS is a democratic club in accordance with the Swedish non-profit sport tradition. The annual meeting is the highest decision making organ of GHFS and consists of all paying members of GHFS. The meeting elects a chairman, a treasurer and various commissioners of the Board of Directors (BOD). The commissioners of the BOD take on individual areas of responsibilities (e.g. funding, events, PR) and carry out their work within work groups, consisting mainly of members outside of the BOD.

The annual meeting also elects the Head Instructor, which is a role outside of the BOD. The Head Instructor has the overall responsibility of securing quality of classes, supporting study groups, selecting trainers and providing and improving the GHFS teaching methodology. 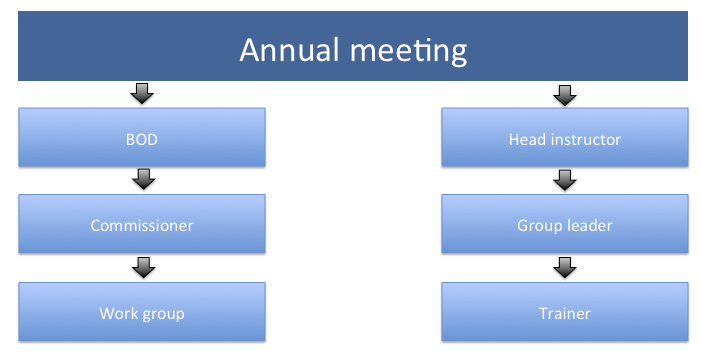 GHFS is a member of the Svenska HEMA-förbundet (or SvHEMAF, the Swedish HEMA Federation). Through Anders Linnard, Andreas Engström, Axel Pettersson and Roger Norling it is also a member of HEMAC.

WWW.hroarr.com is also GHFS’s channel for academic publication and is run independently of the club by GHFS trainer Roger Norling.

GHFS shares a name with a great number of clubs in Sweden, who also end their names with HFS (for example Kungshamns Historiska Fäktskola). GHFS was the first club to call itself a Historical Fencing School. The name was then picked up by other groups, starting with St. Mikaels Gille in Malmö, run by David Lindholm at the time. The name doesn’t carry any obligations other than being a sign of friendship and a declaration of being an exclusive HEMA club.

The most notable academic work from GHFS is the transcription, translation into Swedish and interpretations of Fechtbuch.C487 and transcription of Cod.I.6.2o.5, all done by Andreas Engström.

Roger Norling has also presented some research through hroarr.com, primarily on subjects related to Joachim Meyer and the fencing guilds.