Of the maner how to holde the round Target.

IF a man woulde so beare the rounde Target, that it may couer the whole bodie, and yet nothing hinder him from seeing his enimie, which is a matter of great importance, it is requisite, that he beare it towardes the enimie, not with the conuexe or outward parte thereof, altogither equall, plaine or euen, neither to holde his arme so bowed, that in his elbowe there be made (if not a sharpe yet) at least a straight corner. For besides that (by so holding it) it wearieth the arme: it likewise so hindereth the sight, that if hee would see his enimie from the brest downwardes, of necessitie he must either abase his Target, or beare his head so peeping forwardes, that it may be sooner hurt than the Target may come to warde it. And farther it so defendeth, that onely so much of the bodie is warded, as the Target is bigg, or little more, because it cannot more then the halfe arme, from the elbowe to the shoulder, which is verie little, as euerie man knoweth or may perceiue: So that the head shal be warded with great paine, and the thighes shal altogether remaine discouered, in such sort, that to saue the bellie, he shal leaue all the rest of the bodie in ieopardie. Therefore, if he would so holde the said Target, that it may well defend all that part of the bodie, which is from the knee vpwardes, and that he maie see his enimie, it is requisite that he beare his arme, if not right, yet at least bowed so little, that in the elbowe there be framed so blunt an angle or corner, that his eyebeames passing neere that part of the circumference of the Target, which is neere his hande, may see his enemie from the head to the foot. And by hol- 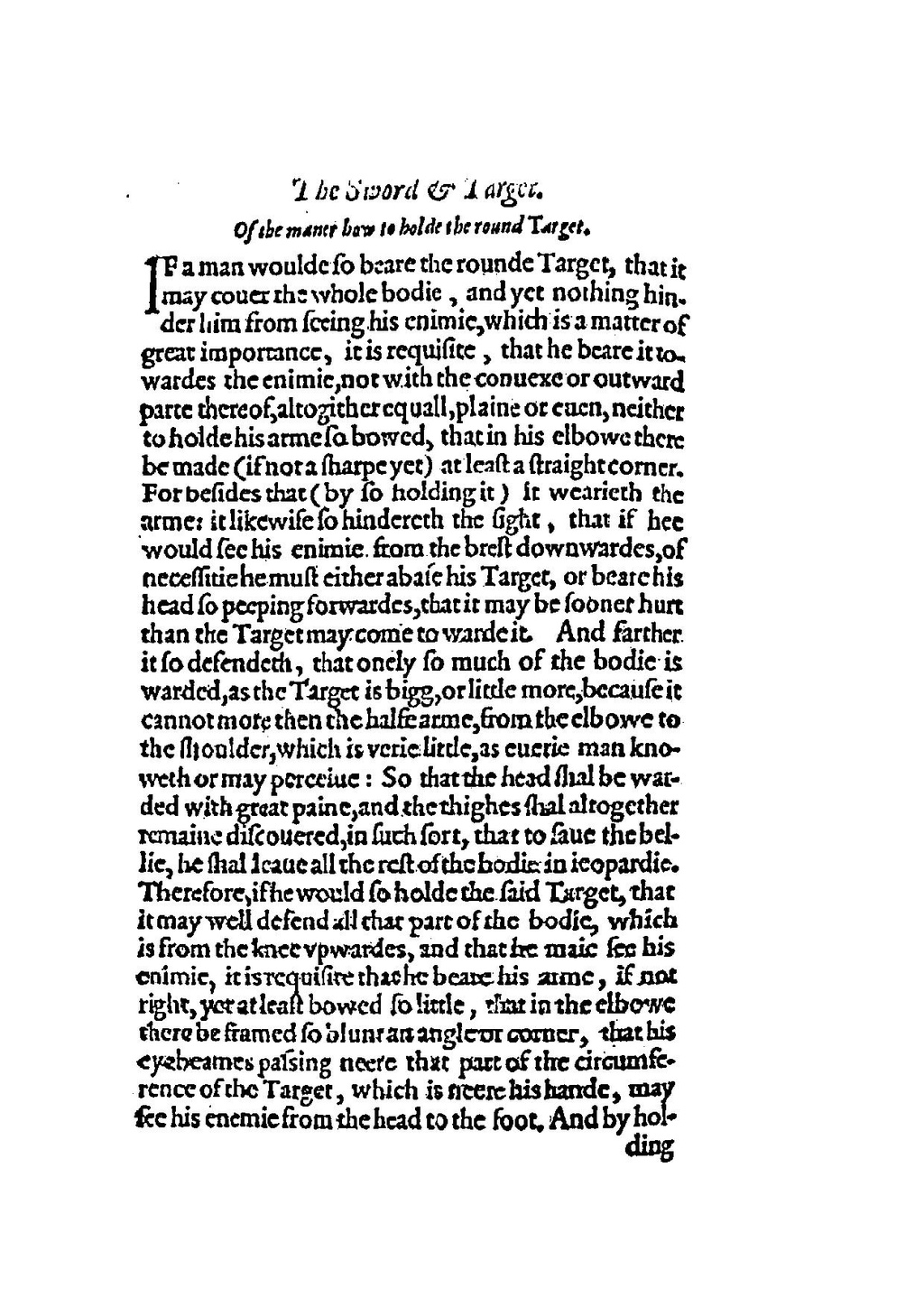