sideration to the Mathematicians & Historiographers to reason of his diuers qualities or passions, either who was inuentor thereof, either, whether it be a weapon of antiquitie, or of this our age, And comming to discourse of that, wherein it profiteth in this our time, (being a weapon sogreatly honoured and estemed of Princes, Lords, & Gentlemen, that besids thvse thereof in their affairs, as wel by day as by night, they also keepe their houses richly decked and beautified therewith,) And considering onely that thing, in the round Target, among al other weapons which may either profite or hurt in the handling thereof, I said, that the said round Target hath beene diuersely holden, borne and vsed, by diuers men in diuers ages, aswell as the other square Target, and other weapons of defence, as well as of offence. And there want not also men in our time, who to the intent they be not wearied, beare it leaning on their thigh as though that in this exercise (in which only trauaile and paines are auaileable,) a man should onelie care for rest and quietnesse. For by meanes of these two, strength and actiuitie, (partes in the exercise of weapons, both important and necessarie) are obtained and gotten.

Other some, holding their whole Arme bowed togeither, haue carried it altogeither flat against their bodie, not regarding either to warde their bellie, or vtterlie to lose the sight of the enimie, but will at any hande stand (as they thinke) safe behind it, as behinde a wal, not knowing what a matter of weight it is, both to see the enimie, and worke other effects, which, (by so holding it) may not be brought to passe. 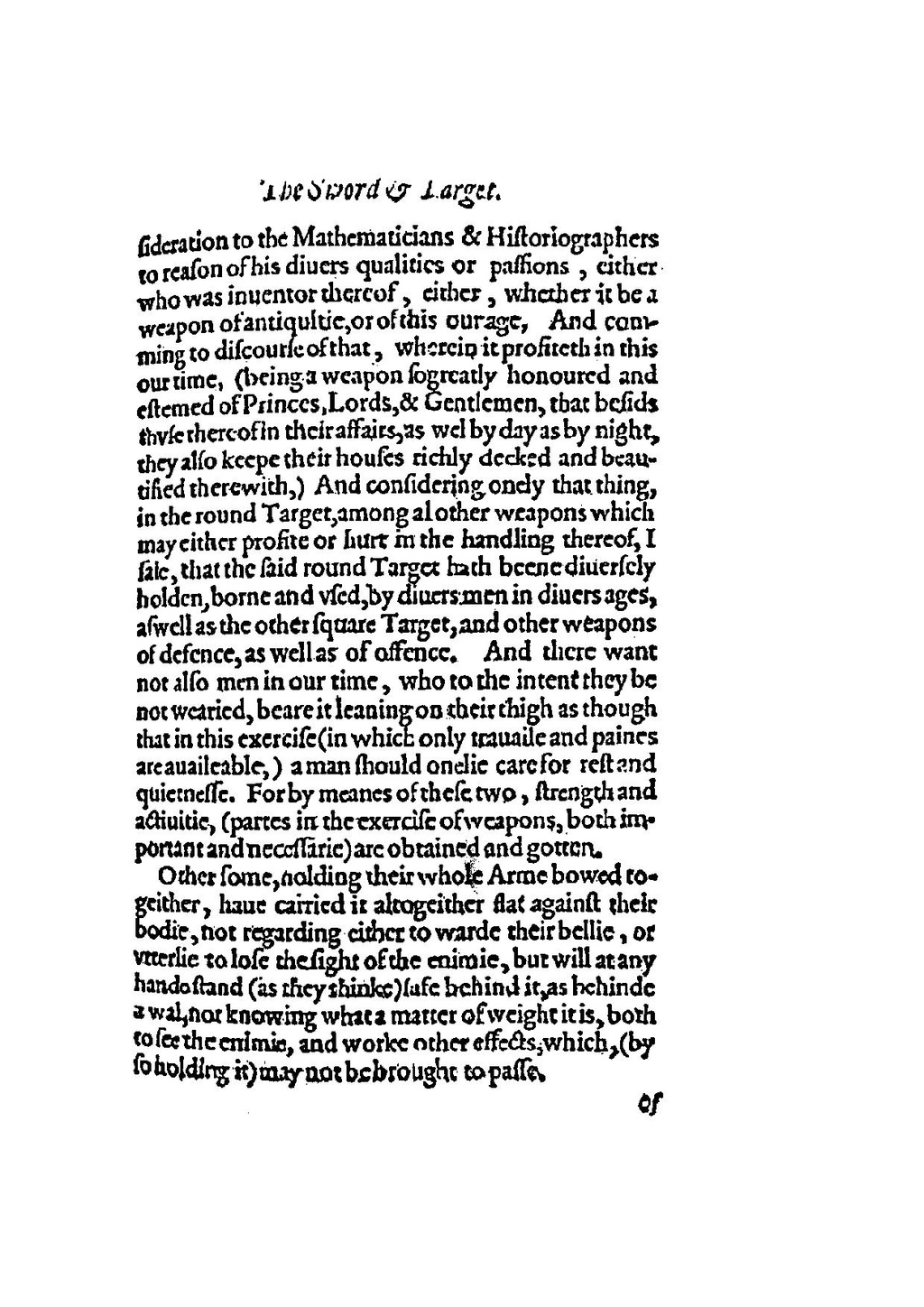