The hurt of the high warde, at sworde and round Target.

BEcause the round Target containeth in it most great & sure defence, therefore ought not any edgeblowe which may be easily warded with the single sword without the helpe of the Target be deliuered. Thrustes also enter verie difficultlie to strike the bodie, because the Target, by meanes of the lest motion that is, seemeth to be, as it were a wall before the bodie. And to thrust at the legge is no sure plaie. That which remaineth to be done is, to thrust forcibly with the sworde: and when one perceiueth, that the point therof is entred within the circumference of the enimies Target, it is necessary that he encrease a left pace, and with the circumference of his owne Target, to beat off the enimies sworde and Target, to the end, it suffer the thrust so giuen of force to enter in. And (hauing so beaten & entred) to continue on the thrust in the straightlyne, with the encrease of a pace of the right foote.

When he findeth himselfe in the high ward, he shal encrease a halfe pace with the hinderfoote, gathering vpon the enimie, as neere as he may without danger. And being so nigh that he may driue his sword within the circumference, then as soone as he perceiueth his sworde to be within it, (his arme being stretched out at the vttermost length) he ought suddenly to encrease a left pace, beating off with the circumference of his owne Target, the enimies Target: and with the increase of a pace of the right foote, to cause his thrust to enter perforce. This also he may practise when the enimie endeuoureth, to withstand the entrance of the thrust, when it is alreadie past, within the 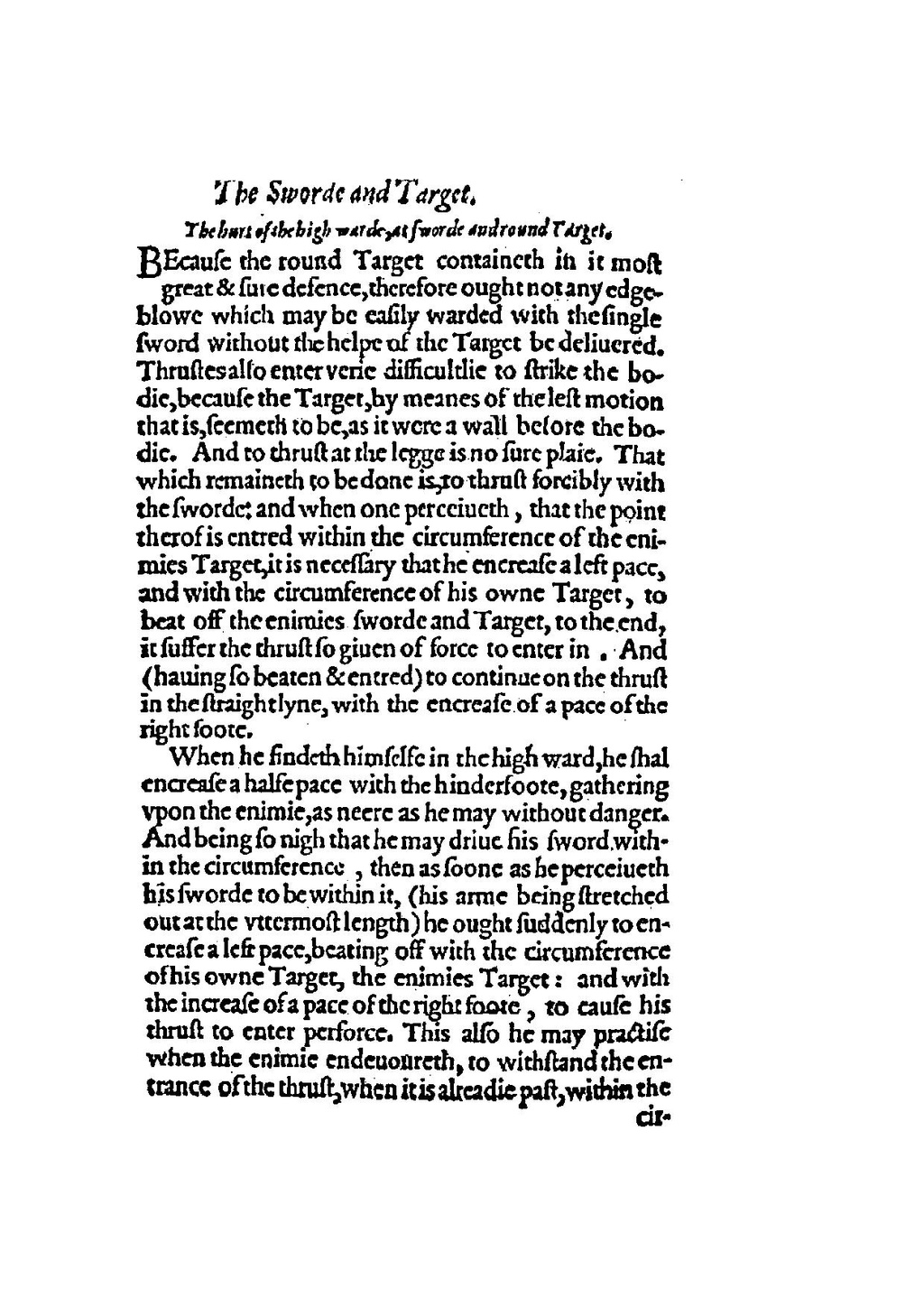