circumference of his Target.

But if the enimie (as it may fall out) ward this thrust not with that parte of the circumference, which is neere his hande, but with that which is aboue it (by meanes whereof his Target discouereth his eyes) then he may verie commodiously, encreasing his paces as aforesaid, recouer his thrust aboue, and force it vnderneath, with the increase of a pace of the right foote. And this is a more sure waie of thrusting than any other.

The defence of the high warde, at Sword & round Target.

FOr the defending of the thrust of the high warde, it is most sure standing at the lowe warde, and to endeuour to ouercome the enimie, by the same skill by the which he himselfe would obtaine the victorie. In the very same time, that he deliuereth his thrust, a man must suddenly encrease a slope pace with the lefte foote, bearing of the enimies Target with his owne, & driuing of a thrust perforce with the increase of a pace of the right foote. And with this manner of defence being done with such nimblenesse as is required, hee doth also safely strike the enimie, who cannot strike him againe, because, by meanes of the saide slope pace he is carried out of the lyne in the which the enimie pretended to strike.

The hurt of the broad warde, at Sworde & round Target.

IT is verie difficult to strike in this broad ward, if first with much compassing & gathering of the enimie, a man do not assaie with the circumferēce of his Target 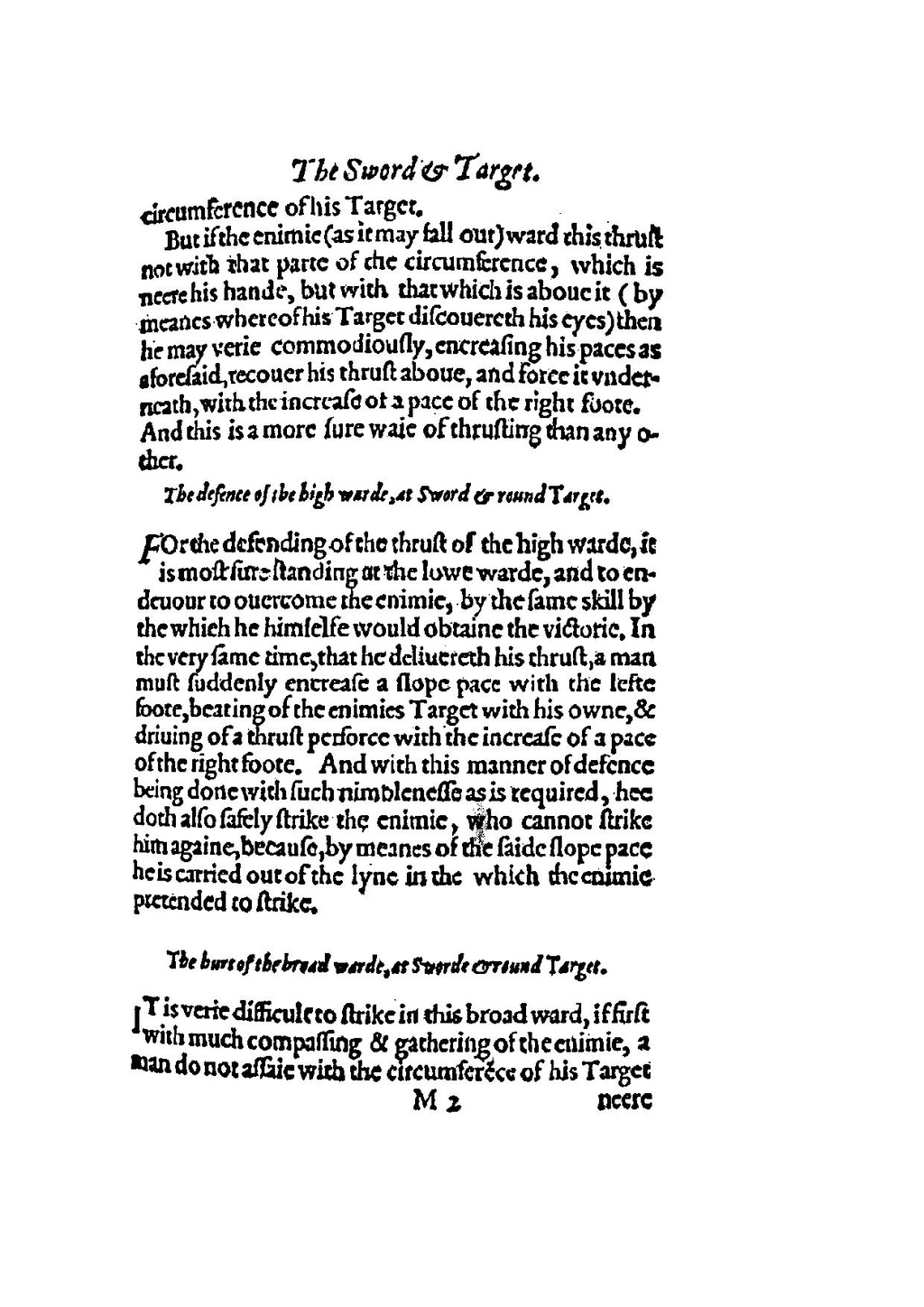