not strike, if a man increase a slope pace, (to the end he may voide his bodie from hurt,) and with the increase of a straight pace of the right foote, do also discharge a thrust beneath. And after this order he may strike safelie, (not onelie when his sword is not found by the enimie, but also when it chanceth to be found) if he be readie and nimble to make his slope pace, and to beate off, as forcible as he may, the enimies Target with his owne sword and Target, thereby forcing a low thrust to enter in, with the increase of a pace with the right foote. And thus much concerning the true striking & defending of the sword and round Target.

Of the Case of Rapyers.

THere are also vsed now adaies, aswell in the scholles, as in the lists, two Swordes or Rapiers, admitted, and approued both of Princes, and of the professors of this art, for honourable and knightlie weapons, albeit they be not vsed in the warres. Wherfore I shall not varie from my purpose, if I reason also of these, as farre as is agreeable to to true art. To him that would handle these weapons, it is necessary that he can aswell manage the left hand as the right, which thing shalbe (if not necessarie) yet most profitable in euery other kind of weapon. But in these principally he is to resolue himselfe, that he can do no good, without that kind of nimblenes and dexteritie. For seeing they are two weapons, & yet of one self same kind, they ought equally and indifferently to be handled, the one performing that which the other doth, & euery of thē being apt aswel to strik as defend. 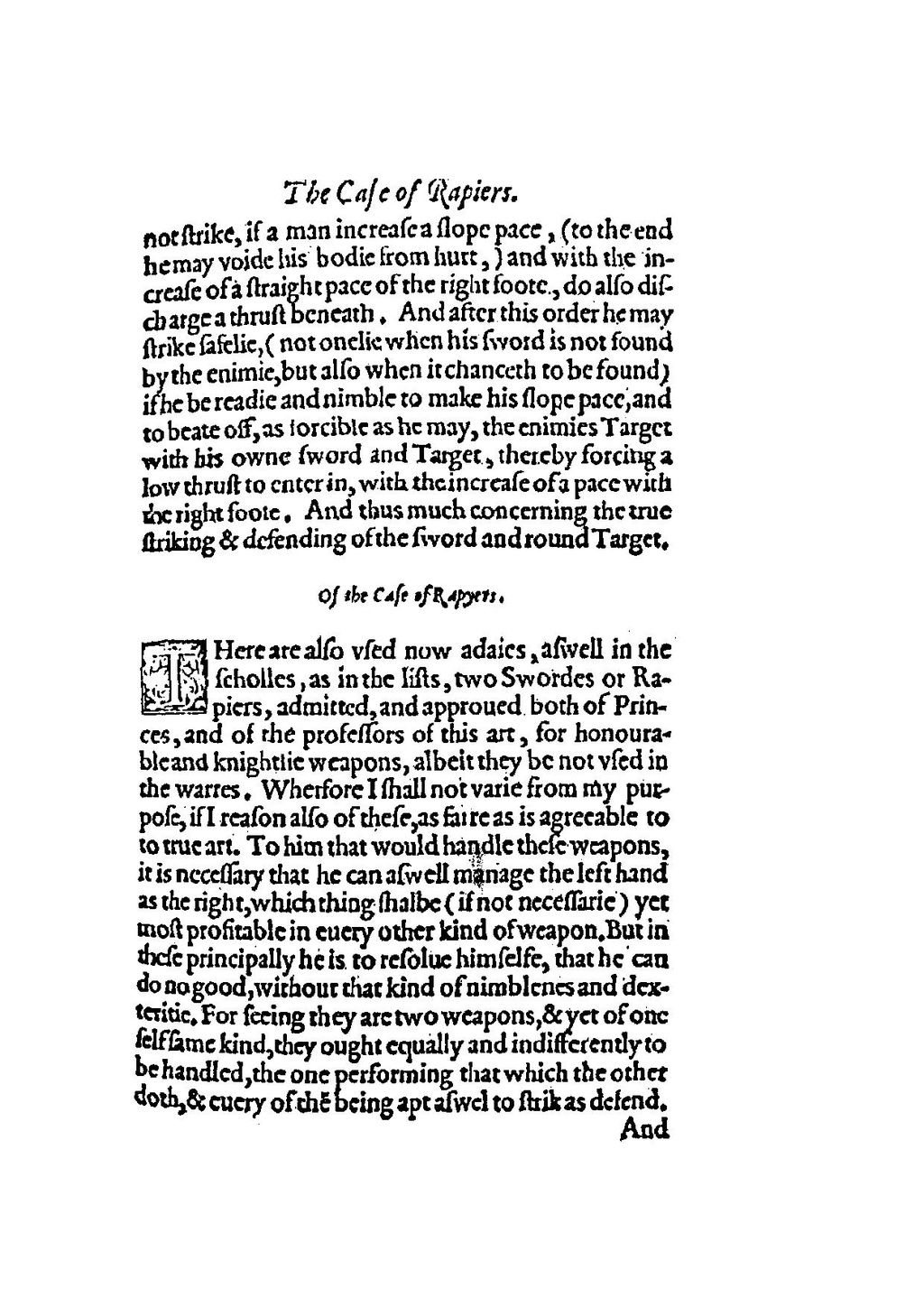