And therefore a man ought to accustome his bodie, armes and handes aswell to strike as defend. And he which is not much practised and exercised therein, ought not to make profession of this Arte: for he shal finde himselfe to be vtterly deceiued.

The manner how to handle two Rapiers.

IT is most manifest that both these weapons may strike in one and the same time: for there may be deliuered ioyntly togither two downright edgeblowes on high and two beneath: two reuerses, and two thrustes, and are so rich and plentifull in striking, that it seemeth they may be vsed onely to strike. But this ought not to be practised, neither may it without great daunger For all that, whatsoeu er may be done with either of them, is deuided into striking and defendinge. That this is true, it may be perceiued in the single Sworde, which assaieth both to strike and defend. And those who haue taken no such heede, but haue beene bent onely to strike being moued either through coller, either beleeuing, that they had to deale with an ignorant person, haue remained therby mightily wounded. Of this, there might be laid downe infinite examples, which I leaue to the entent I may not swarue from my purpose. I saie therefore that of the two Rapiers which are handled, the one must be applyed towardes the other to strike, regarding alwaies to vse that first which wardeth, then that which striketh: for first a man must endeuour to defend himselfe, and then to strike others. 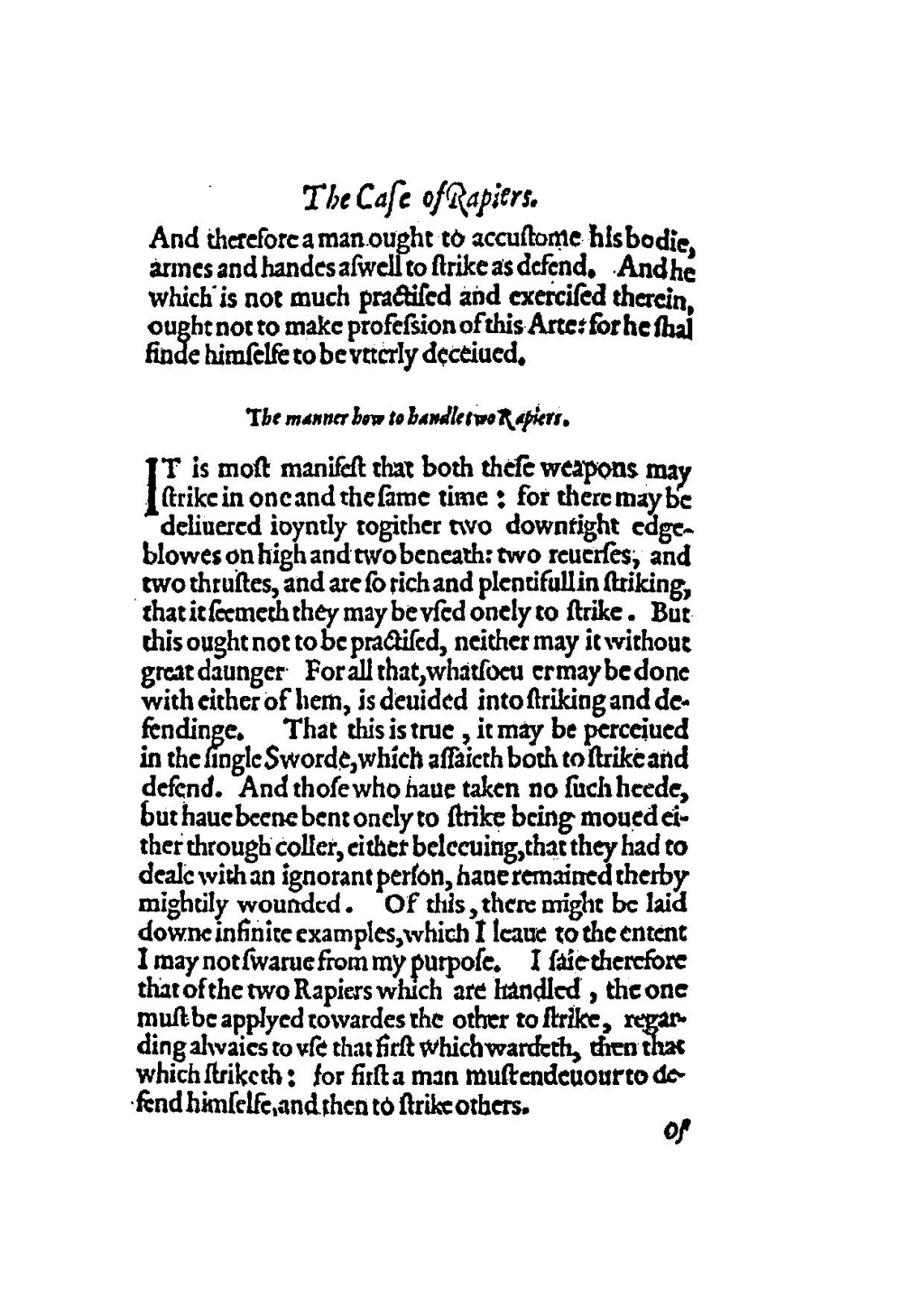