and he may easily performe & do it: for whilest he entreth to giue a high thrust with his hinder foote, although that foot be behind yet it must accompanie the arme vntil it hath finished his thrust, & settled it self in the low ward. The other sword & hand (which was borne togither with the former foote in the lowe ward) remaining behind by reason of the encrease of the high thrust, must presently be lifted vp, & be placed in the same high ward.

Therfore it is to be noted, that whosoeuer meaneth to shift from this ward & strike, whether it be with his right or left foot, before or behinde, it is requisite that he stand without, & when he would strike, he shal first proue with his low sworde, whether he can finde the enimies weapons, & hauing suddenly found them, he shal nimbly beate them back, and (in a maner) in the same instant force on a high thrust, with the increase of a pace of the right foot: from the which, if the enimie (for sauing of himselfe) shal hastily and directly giue backwards, he shal follow him, deliuering presently the other high thrust behind, alreadie lifted vp. And this thrust wil safely hit home & speede, because it is not possible that one may go so fast backwards, as an other may forwards.

Farther, aswel in this ward, as in others, the warde may be framed with the right foote before, & the right arme lifted, & so cōtrariwise. But because there is smal force in this ward, both in the feete & handes, which stand not comodiously either to strike or defend, and seeing there is required in the handling of those weapons, great strength and stedfastnes I haue thought good, not to laie it downe, as to small purpose. 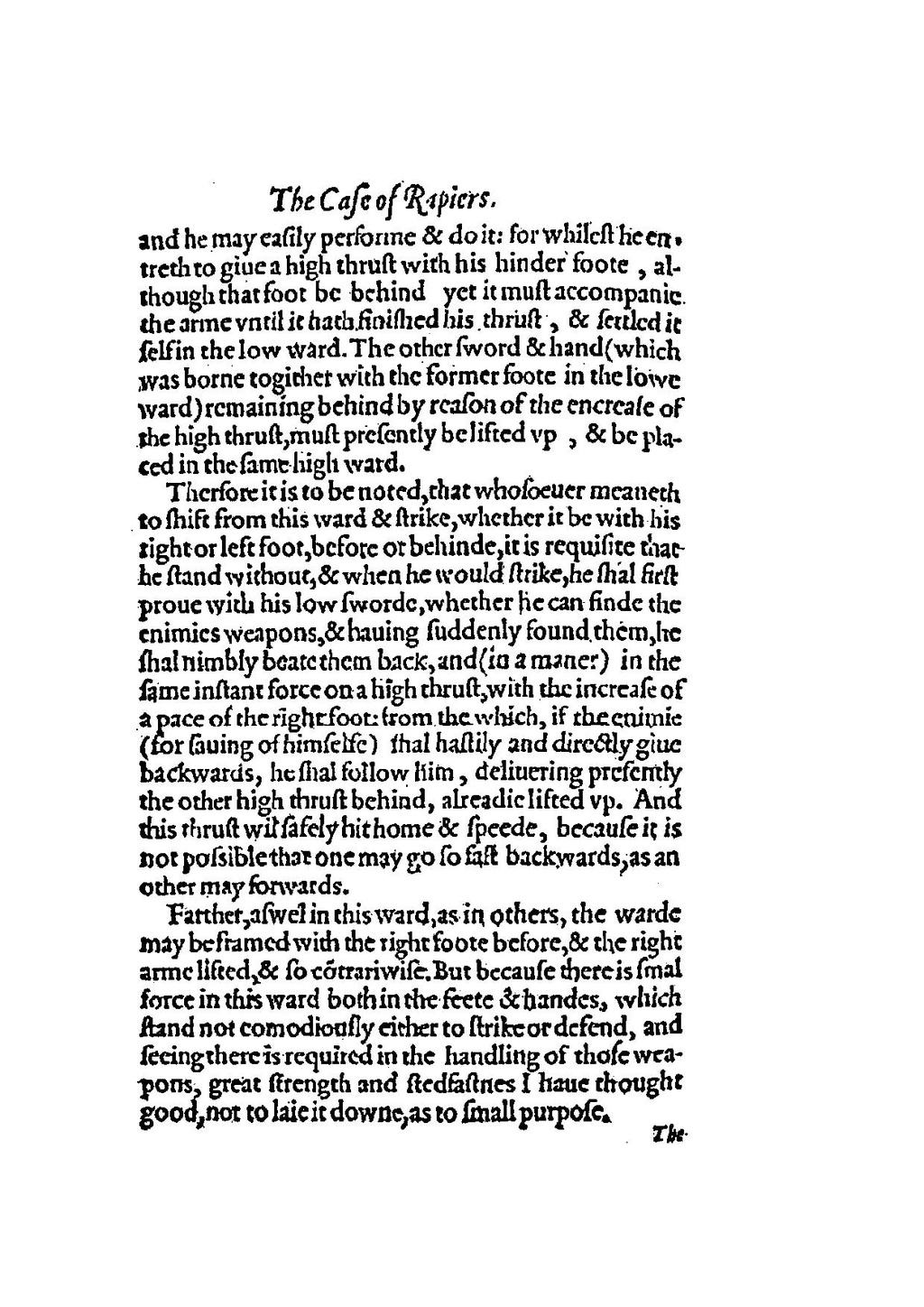