The defence of the high warde, &c.

THe direct opposition & defence of the high warde is the lowe ward, the manner whereof shal be seen in his proper place. That which principally is to be considered (for the lowe warde also, in like sort as the other may be framed after two sorts) is this, that of nenessitie a man stand with the same foote before as the enimie doth, to wit: if he beare the right foot before, to put foorth the right foote also, and to endeuour as the enimie doth, to stand without, for of both wayes this is of the more aduantage and safetie. Finding himselfe therefore without, in the lowe ward, he must not refuse, but rather suffer his sword to be found and beaten by the enimie: for this doth redowne much more to his owne aduantage then to his enimies because the enimie carrieth small force in his low hande wherewith he endeuoureth to finde and beat off the sword, considering it is born to farre off frō the other: for that which is slēderly vnited, is lesse forcible: wheras standing at the low ward, he bereth both his hands low neere togither and sufficiently strong. Therfore as soone as the enimie hauing beaten back the sword, shal resolue himself to giue a thrust, he must encrease a slope pace, & with his hinder low sword, driue the eni mies high thrust outwardes towarde the right side, if it chaunce that he were in the low warde with his right foot before, And suddenly with the other low sword behind (which was suffered to be beatē off by the enimie, because it might turne the more to his disaduantage: for seeing the enimies sword being slenderly vnited, as I haue saide before, carried but small force, it was the rather beaten off and disappointed: So that as soone as the slope pace is encreased, and the 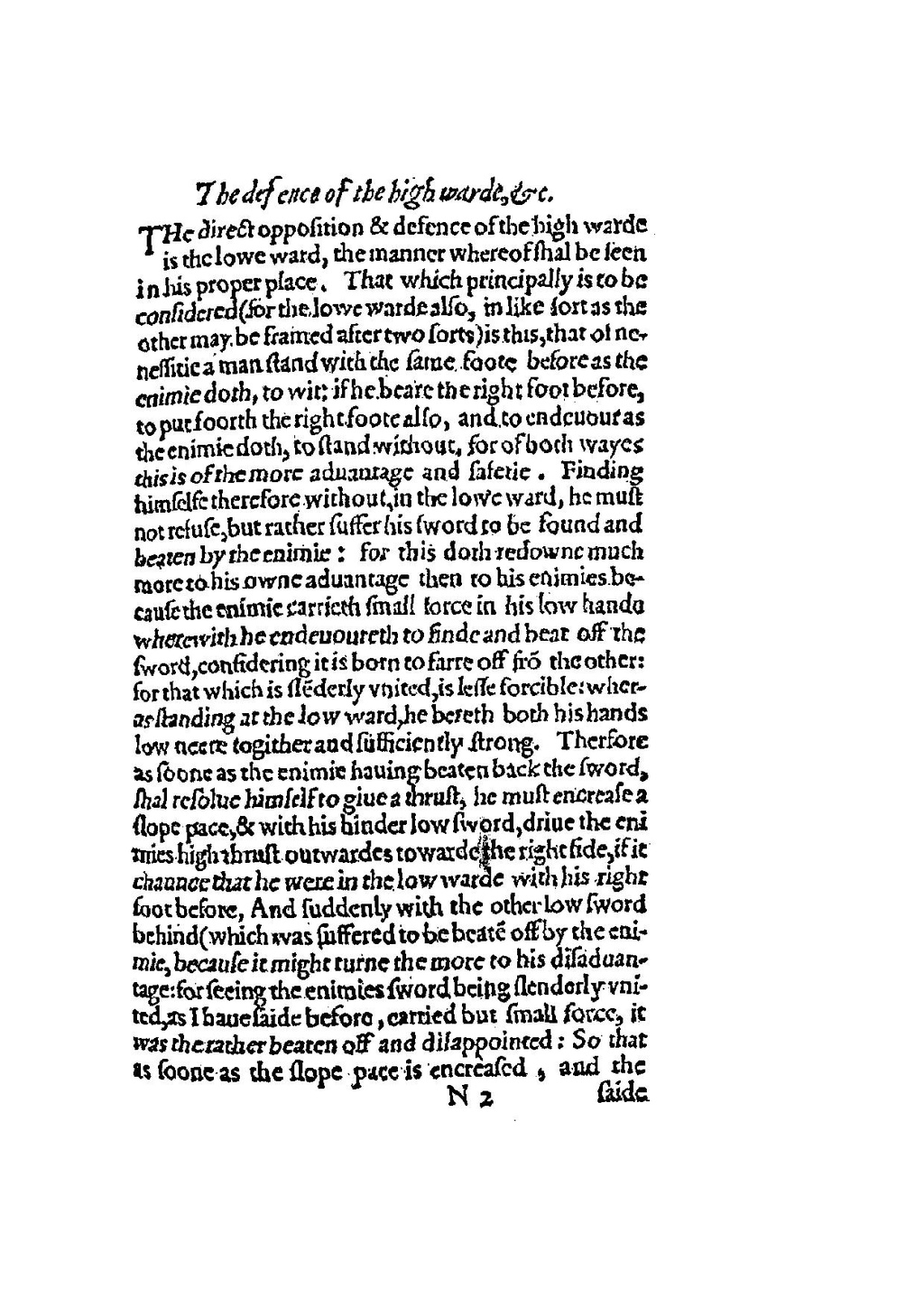