Of the hurt of the broad warde at the two Rapyers.

THis broad ward, may in the selfe same maner be framed two waies, and it may deliuer the self same blows, in the one as in the other: This ward is framed with one foote before, and one foote behind, the arme (which is borne on the side of the hinder foote) being stretched wide, & broad outwards. Therfore when one standeth at this ward, and would deliuer as strayght and as safe a thrust as is possible, he shal first proue with his low Rapyer, whether he can find the enimies Rapier, which being found, he shal turne his fist outwards, and force the enimies Rapier somuch, that it may do no hurt, and then withall increasing presentlie a slope pace, shall go forewards to strike the enimie in the thigh, with the wide thrust. He might aswell also thrust him in the flanke, or in the head, but yet the other thrust is vsed, because the Rapier, which is directed to the thigh, is in place to hinder the enimies other Rapier to light on the legges.

And as in the high ward, so likewise in this, he must alwaies stand without, and hauing deliuered the wide thrust, he ought presentlie to widen the other arme, and settle himselfe in the broad ward.

Of the defence of the broad ward at the two Rapyers.

FOr the defence of the thrust of the broad ward, it is necessarie that a man stand at the lowe ward, and there withall diligently obserue, the mocions of the enimies bodie, how it compasseth and passeth to and froe, by knowledge and due considerations whereof, he may easilie defende himselfe. Yf therefore the right 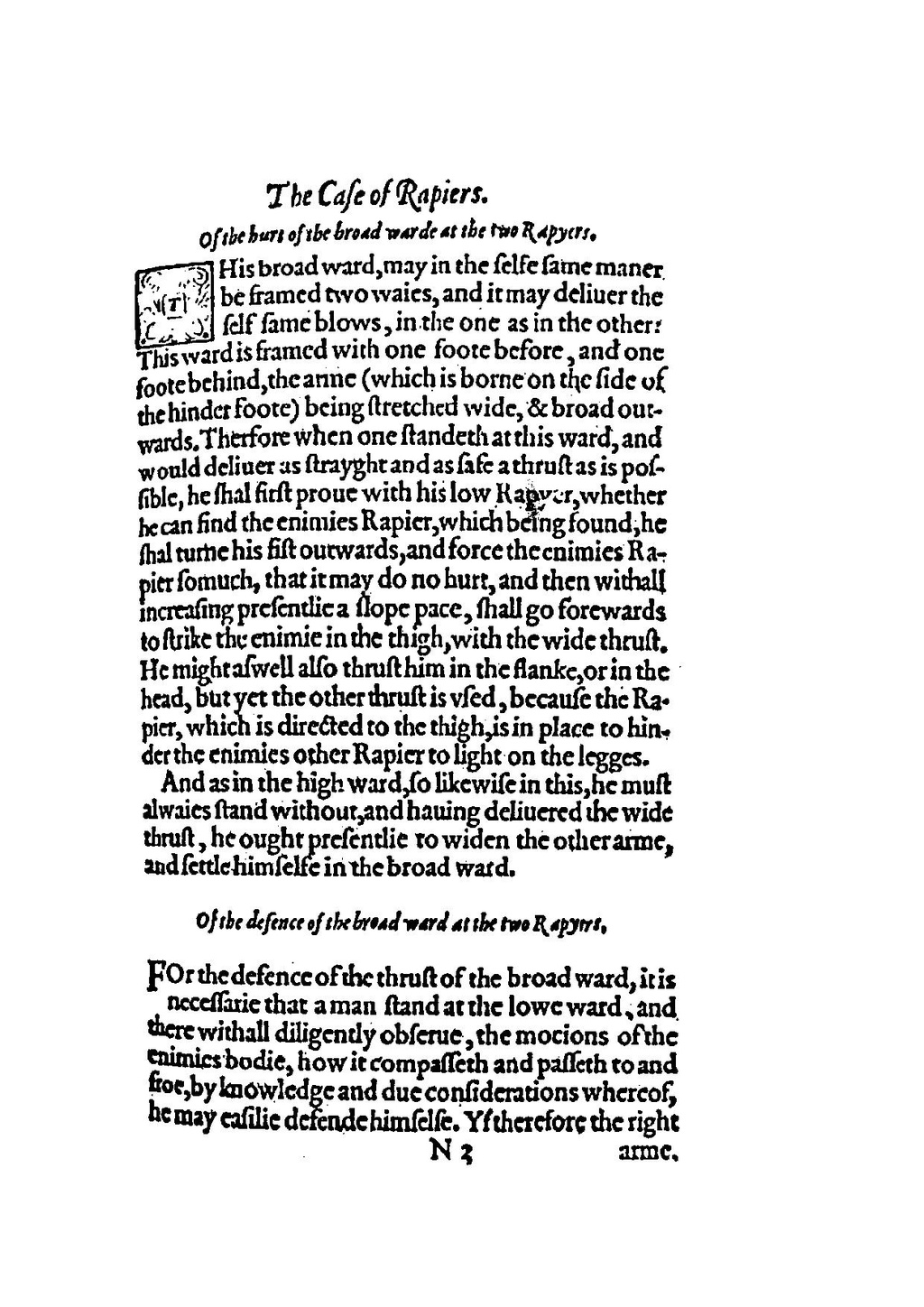