arme be stretched out wide, the right foote also (being behind) shall be in like maner widened, the which, when it increaseth forwards, shall also carrie with it the right shoulder, voyding alwayes with the left side.

And the selfe same must be considered, & practised, when he standeth at his ward, the contrarie way. That therefore which he must doe, for the defence of him selfe, shalbe to voide that part of his bodie, which may be hurt by the enimies wide and broad thrust, and to oppose himselfe against that part of his enimie, which commeth forwards pretending to strike: And this he shall doe, at what time the enimie (finding the sword) would come forwards in his thrust. And in the selfe same time, (assuring himself with his own low sword) shall increase a slope pace, thereby inuesting and incountring that part of the enimie, which came striking, and with the which he framed the broad ward. Neither can it be safe striking at any other place, for either he shall find nothing to incounter, by meanes of the mocion of the bodie, or els if he do not oppose himselfe against that shoulder of the enimie which carrieth the hurt, he is in hazard to be stroken by the enimies broad thrust.

Of the hurt of the low ward at the two Rapyers. 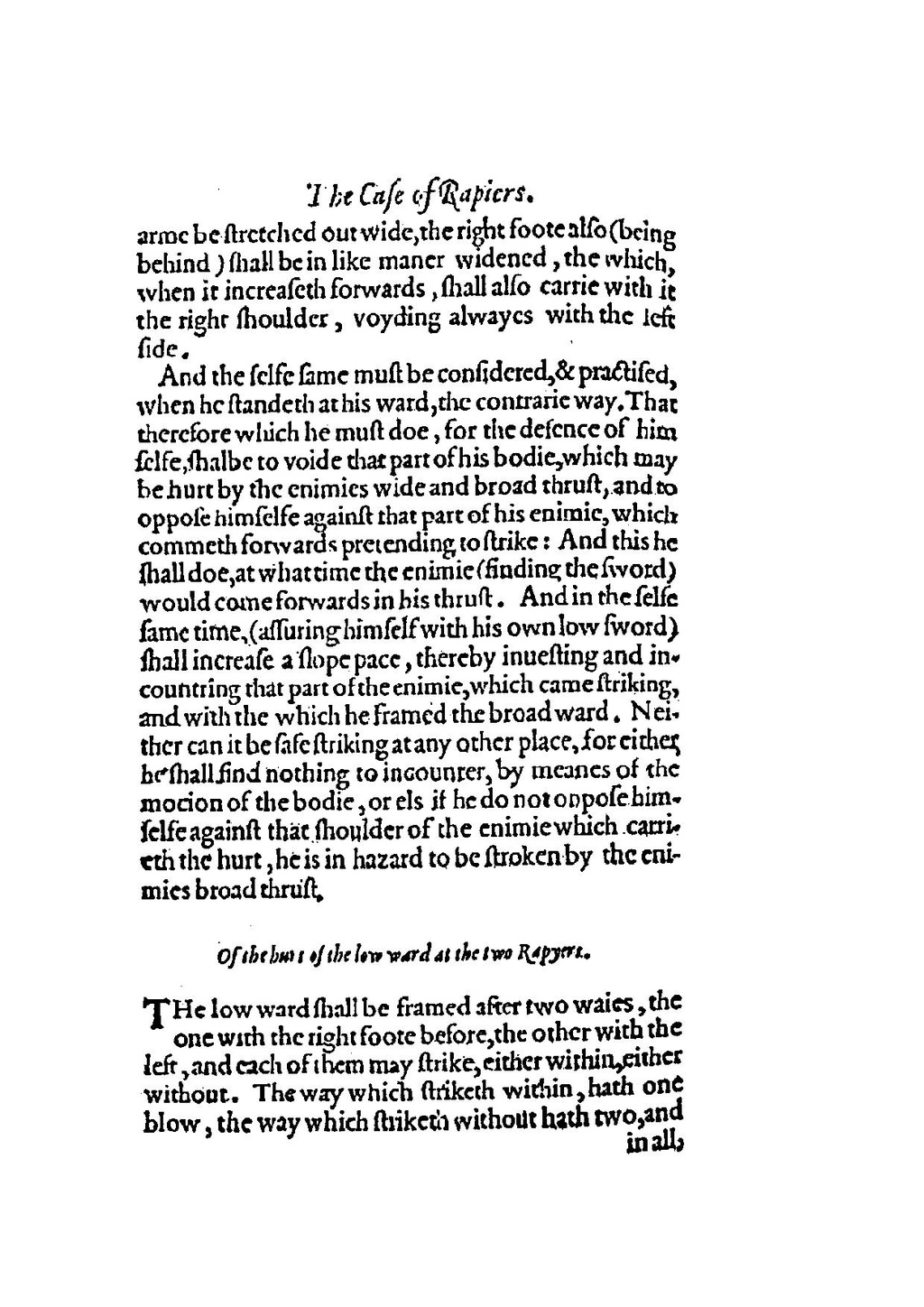