were forciblie deliuered with both the handes, and then, by taking away one hand from the crosse, they were springed as farre forth, as the pomel hand, foote, and all the bodie of that side, may be stretched out. For, being discharged in this maner, if they hit home they make great passage, and if they be voyded, yet the Two hand sword may be quicklie had againe, by the retyring of a pace, and of the hand and arme, placing the other hand there where it was, and so setling in the low ward. Therefore, when one findes himself to stand in the high ward, (the which at the two hand Sword, is framed, either with the right side towardes the enimie, either with the left, in either of which waies, the armes would be borne aloft, and farre off from the bodie, causing the point somewhat to bend bothtowards the ground and the bodie, to the end it may defend both the length of the bodie, and couer it in a maner thwarting or crossing, it being so farre off from the sword.

Farther, in this ward, the hand that is towards the enimie, must take hold fast of the handle neere the crosse, and vnderneath, the other hand aboue, and neere the pomell. I say standing thus at the high ward, he may either deliuer a thrust, either a downe right blow of the edge.

The thrust is discharged (as soone as the enimies sworde is found) as farre in the beginning as he may with both armes: Then, taking away the crosse hand, he shal force it farther on with the pomel hand, as much as he may stretch it foorth, alwayes in the discharge, increasing a slope pace. And the thrust beeing thus deliuered, hee shall presentlie retyre his 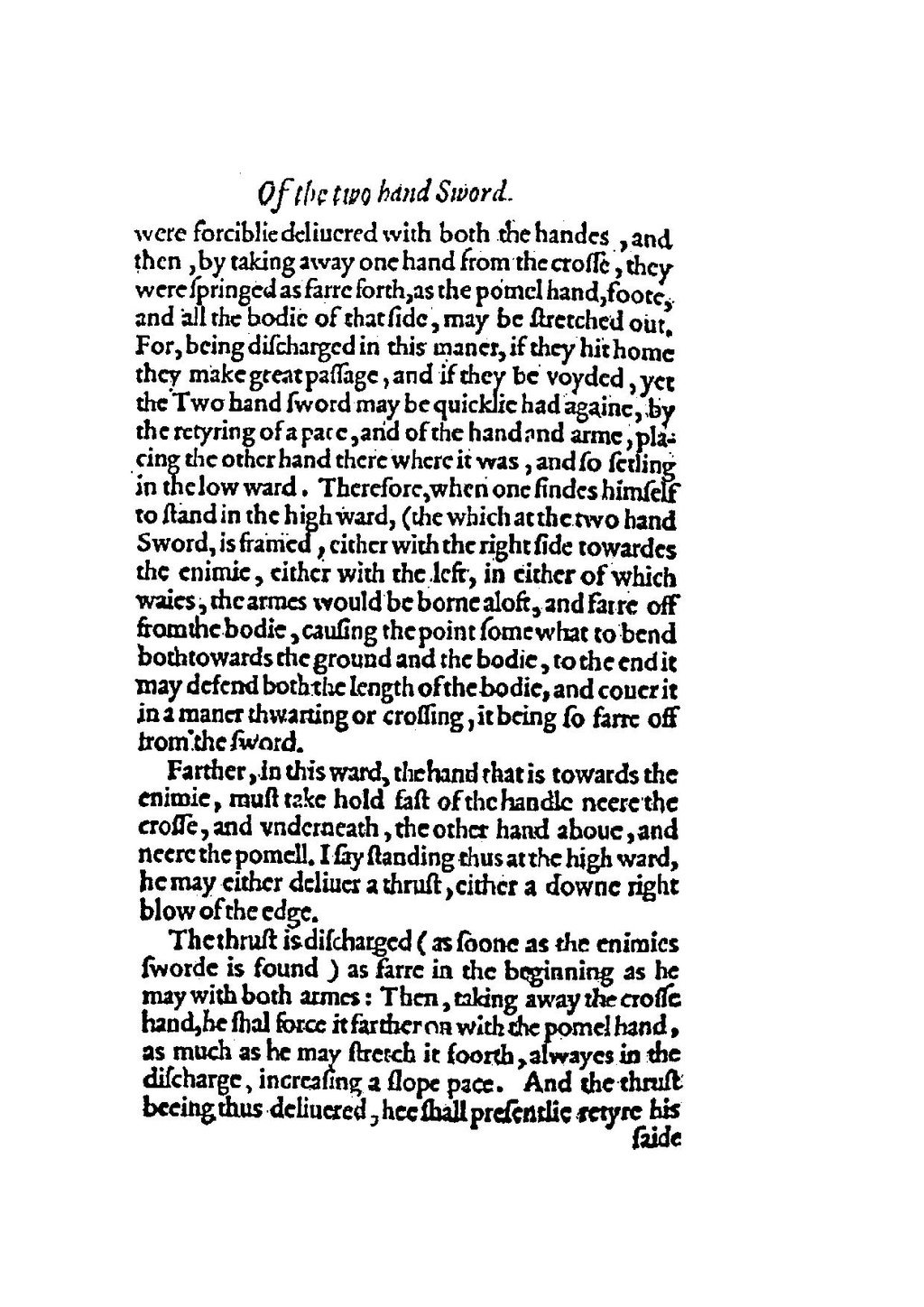