the blow, with the round Target, and then enter and thrust, this trulie betokeneth great courage & actiuitie, although not such as is required in this behalfe.

Thus much concerning that, which appertaineth to the defence of the circuler blowes, of the two hand sword, when it indeuoreth to oppose itself against manie. And forasmuch as men haue, and sometimes do vse, both in the lists & other places, to fight single combats, one to one with the single two hand sword, I wil also declare my opinion touching the same.

Of the maner how to handle the Two hand Sword, in single combat.

TO those, who would cunninglie handle the Two hand Sword in single combat, it is principally necessarie that (as in other weapons) they be practised and haue the skil, to vse the one hand aswell as the other, and that they be both actiue in bodie, and strong in the armes which are required in the managing of each weapon. And farther it is requisite that they carie the principles of this Art, surelie fixed in their mindes and memories, by meanes wherof they may become bolde and resolute, in as much as they haue to do, either in striking or defending.

They ought furthermore to consider, how the two hand Sword is vsed, and how it ought to be vsed.

Touching the first, All men vse to deliuer thrustes, aswell as edge blowes, downe right, and reuersed, with both hands to the Sword, which way albeit, it be profitable in the bestowing of edge blowes, as being the better hable to sustain the Sword, yet in discharging of thrustes it is hurtfull, for it causeth them to be much shorter, then they would be, if in the beginning, they 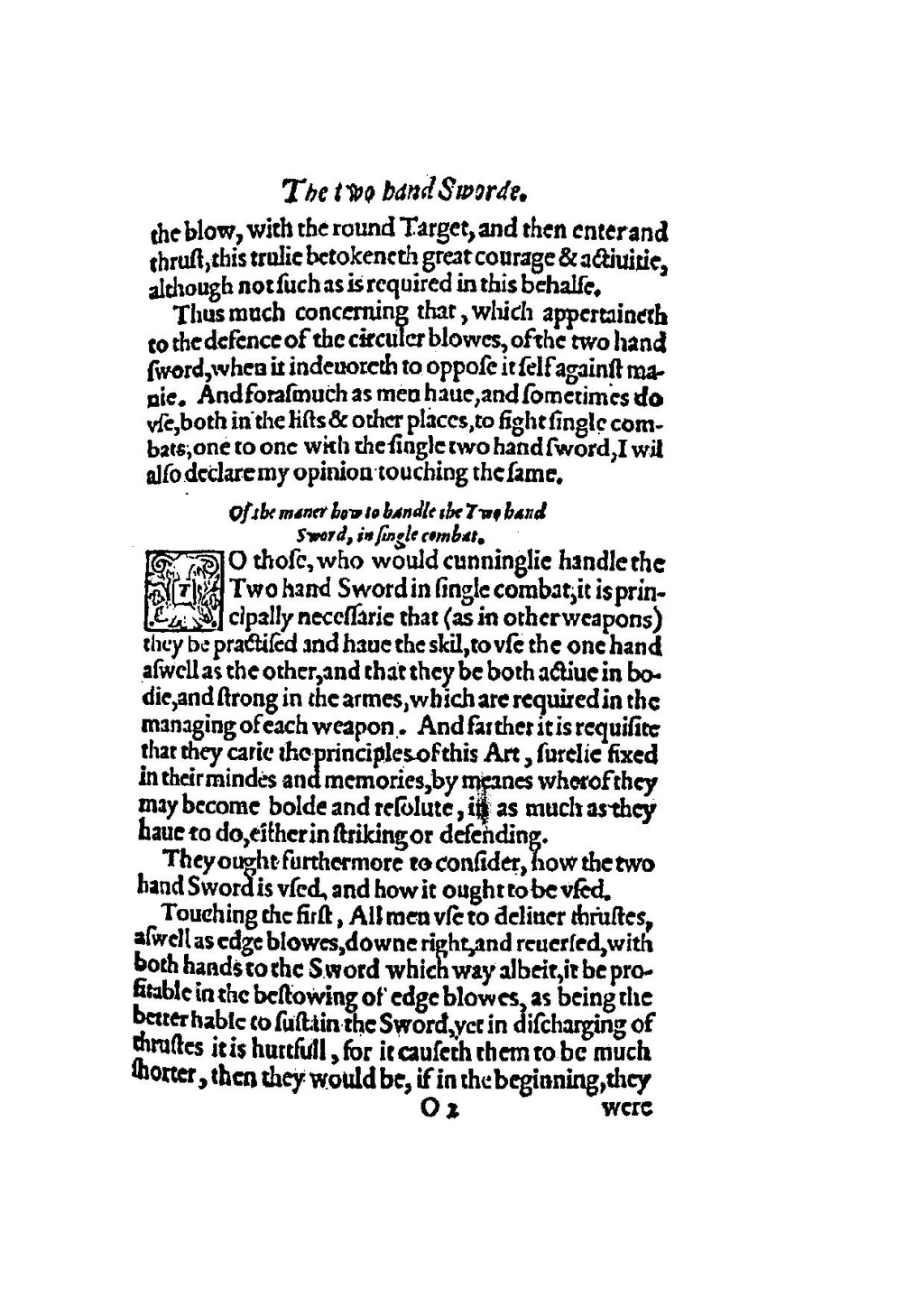