Of the defence of the high ward, at the two hand sword.

THe low ward, shal be the defence of the high ward, and it may be framed with the right foote before & behind, in such sort, as the said high warde, the which shal be declared in his proper place.

Therefore, regarding to place himselfe for his defence in the low ward (and that directly contrarie to his enimie, that is to say: if the enimie stande with the right foote before, to put his left foote foremost, and as the thrust of the downright blowe comes) he shall encounter it without, and as soone as he hath founde the enimies sword, he shall voide his crosse hand, and encrease a pace, and therewithall deliuer a thrust, with the pommell hand, as farre as it wil stretch out. The which thrust wil easily speed, if the enimie come resolutely in deliuering of his blowe: for he shal come directly to encounter the point of the sworde, with that part of his bodie which encreaseth forwardes. Thus much for the defence of the high thrust.

The downright blowe may be warded, if whilest the enimies sword is in his compasse, he nimbly deliuer a thrust vnder it. Or els, if he would encounter it, (as soone as he hath so done) he do voide his crosse hand, and with the encrease of a pace, thrust as farre foorth as the pommell hand will stretch out.

Of the hurt of the low ward, at the two hand sworde.

BEcause the broad warde in handling of this weapon is painfull and vnsure, I leaue to speake therof, and come to the lowe warde, which is framed two waies, to wit: either with the right or with the lefte 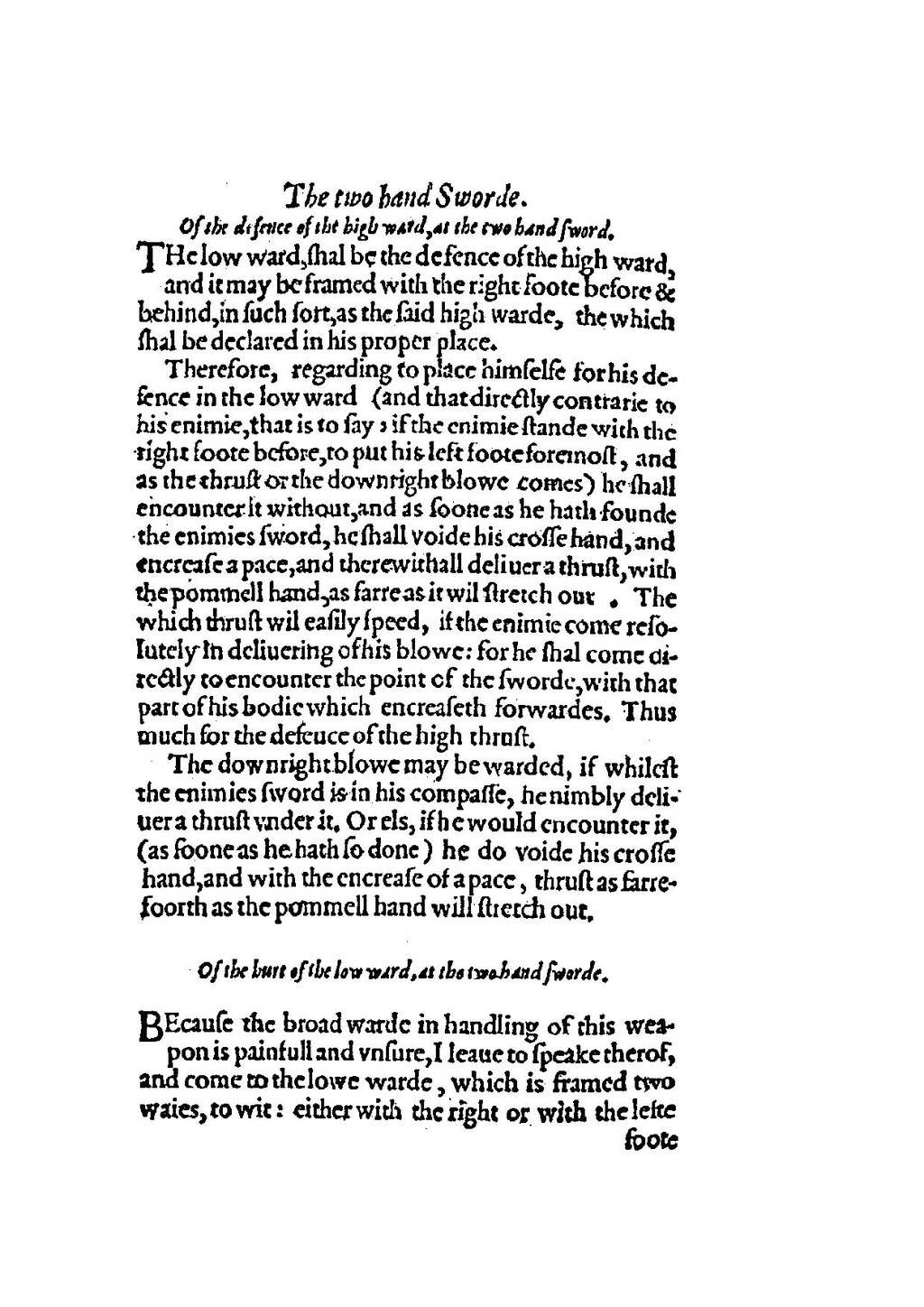