foote before, and in either waie, one may strike both within and without. Within, is rather to warde, then to strike: for the enimie that stands without, hath the greater aduantage.

Finding himselfe therefore within, and bearing the sworde firmely, he shal force and driue on a thrust, as farie as both armes maie stretch out together, encreasing a pace and setling in the lowe warde, if he do not speede.

But finding himself to stand without, and as soone as he hath found the enimies sworde, he shall deliuer a thrust, first, at the length of both armes, then, voyding the crosse hand, encrease a pace and deliuer it out at vttermost length of the pommell hand, and immediatly after the thrust, retire his hand and pace, staying himselfe againe in the said lowe warde.

The defence of the low warde, at the two hand sword.

IT is a generall rule, that the true defence of all blows is the lowe warde. Therefore, when one standeth thereat, if there come a thrust without (because it is necessarie in this case to stand within,) he shall do no other then encounter the enimies sworde, and thrust his arme forwards, to the end he may void it from his bodie, and farther retyre his foote more backwards, & as it were, in a compasse, thereby the better sauing his bodie from the hurt.

But if the thrust come within (by reason wherof he should stand without) as soone as the enimies sword is encountred, he shall deliuer a thrust with both his hands, and then voiding his crosse hande, he shall 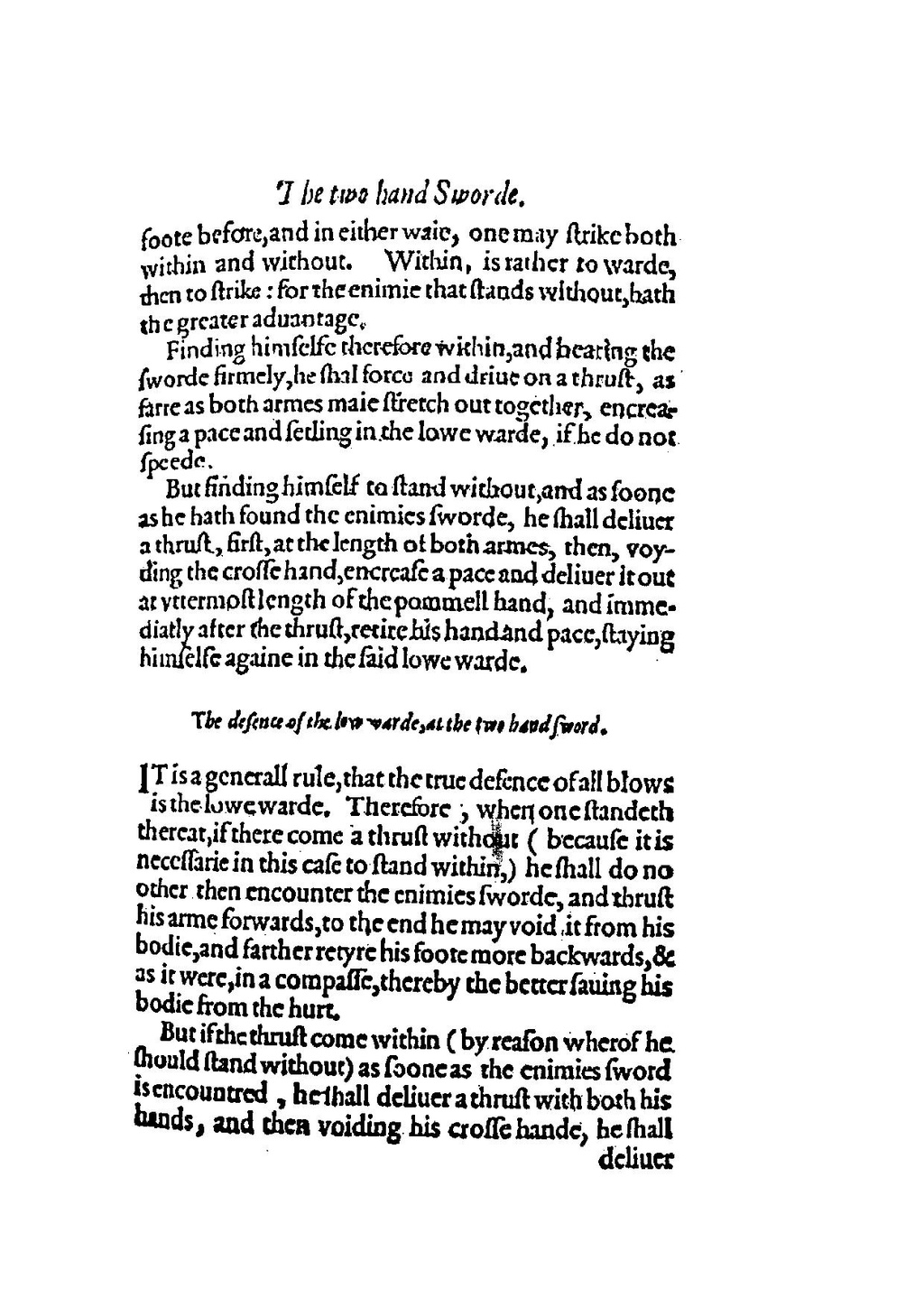