hauing no other defence, it is prouided in the staffe, and is most forcible, to cut the Pikes by meanes of his heauines and waight, and the rather, because it is vnfurnished and voide of other things, which in this case might let and hinder the edge blow. Therefore the Partesan shalbe vsed (as in his owne proper qualitie) to enter among the Pikes, and cut them a sunder, and other weapons also partlie for that cause, and partlie to skirmish single, one to one. Which although it be not ordinarily accustomed, yet neuerthelesse, because both this, and the rest of the weapons, may be handled in single combate, and do containe in them, aswell offence, as defence, Farther, to the end, the wise and discreete (happening to be in such affaires) may be skillfull to determin with themselues, what they may and ought to doe: I will shew my opinion what may be done with these weapons in single combat, reasoning iointly of the Iauelyn, Bill, and Holberd, because there is but a smal difference in the Iauelyn, And the Bill, and the Holberd, are in a maner all one, and the verie selfe same.

FOrasmuch, as the Bill and Holberd, haue the selfe same offence and defence, and be of one length: I thought it not good to make two Treatises thereof, because I should be forced to repeat the selfe same thing in both, the which, being superfluous, would breed loathsomenes. I say therefore, that whosoeuer would handle the Bill or Holberd, which beeing all 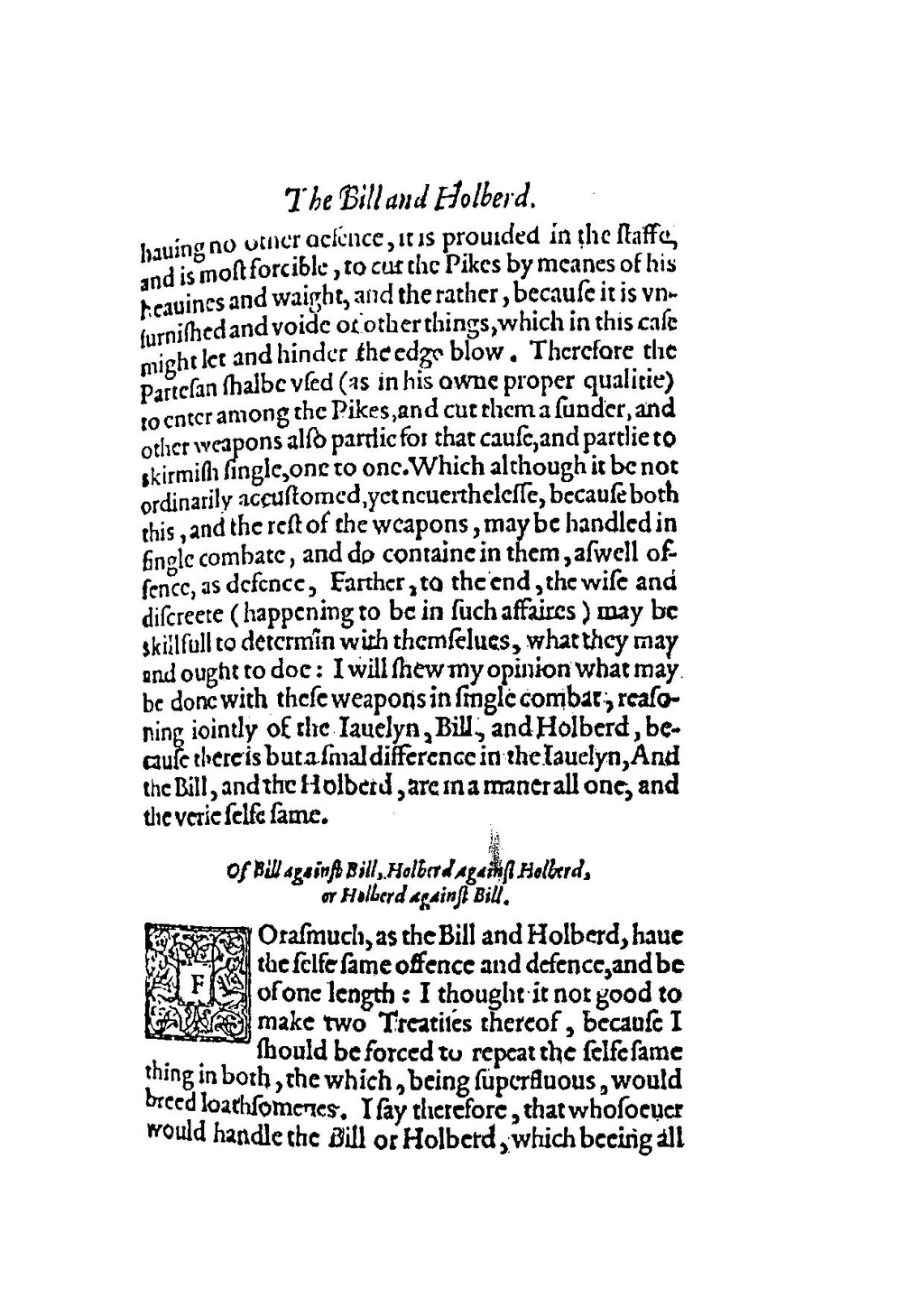