and vsed to enter through diuers Pikes & other weapons, and to breake and disorder the battell raye, to which ende, and purpose, if it be vsed, then that manner of mannaging and handling is verie conuenient which is practised now adaies, and thus it is: The Partesan, Holberd, and Bill (but not the Iauelin, being in this case nothing effectuall because it hath small force in the edge) must be borne in the middle of the staffe, with the heele thereof before, and verie lowe, and the point neere a mans head. And with the said heele, or halfe staffe vnderneath, from the hande downwardes, he must warde and beat off the pointes and thrustes of the Pikes and other weapons, and hauing made waie, must enter with the encrease of a pace of the hinder foote, and in the same instant, let fall his weapon as forcibly as he maie, and strike with the edge athwart the Pikes. This kinde of blowe is so strong (being deliuered as it ought, considering it commeth from aboue downwardes, and the weapon of it selfe is verie heauie) that it will cut asunder not onely Pikes, but also any other forcible impediment. In these affaires the Iauelin is not vsed, bicause it worketh no such effect. But when one is constrained to vse it, he ought neither to beat off, neither to warde with the staffe, but altogether with the Iron and his defences, remembring, as soone as he hath beaten off & made waie of entrance, to thrust onely: for to handle it in deliuering of edgeblowes preuaileth not, considering the small force it carrieth in that maner of striking. And as among all the foresaide iiij. weapons, the Iauelin in this kinde of skirmish, is least profitable, so the Partesan is most excellent & commodious, for 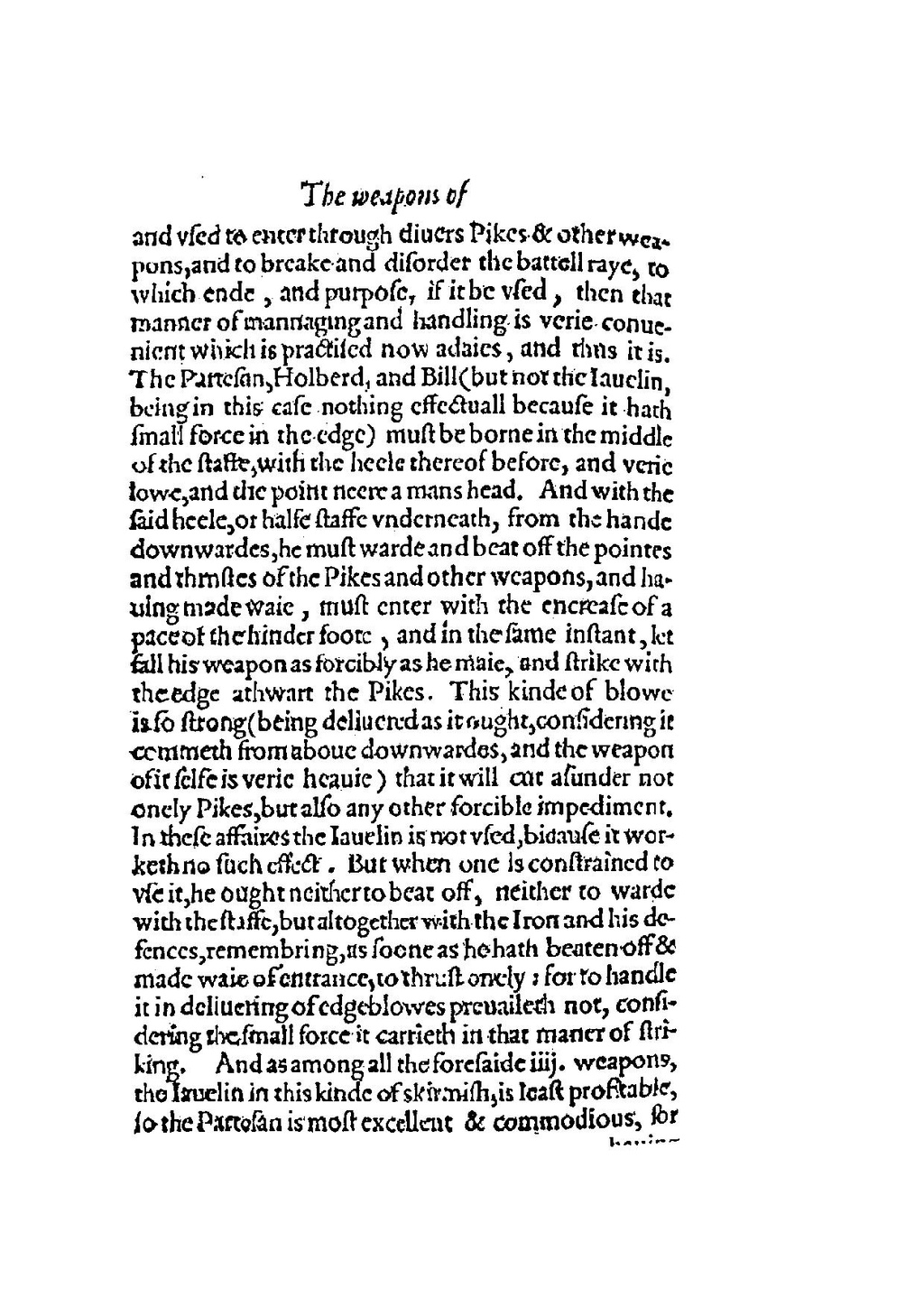