which perill ought the more to be considered in this weapon, because by meanes of his length, it frameth a greater cirkle, and therein giueth more time to enter vnder it.

Therefore no man may safelie handle the Holberd, if first he do not consider these two thinges, the one, (which he may verie hardlie withstand) and that is the thrust, because these hookes and forkes, are properlie belonging vnto it, and are impossible to bee vntyed and taken away, when a man would, the forme being as it is. 2. The peril of the edge blow, may some time be voided, if he be nimble and bold, performing all that in due time, which shall heere be laid down for his instruction.

How to strike with the Holberd.

IN the handling of this weapon, there shall be framed (by my counsel) no more then one ward, bearing the hands, for the more suertie in the middle of the staffe. And that ward must be the lowe ward. The hands must be somewhat distant one from an other, and the point of the weapon directlie towards the enimie, regarding alwaies to place himselfe with the contrarie foote before, to that, which the enimie shall set forth, that is to say: Yf the enimie be before with the left foote, then to stand with his right foote, or contrarie wise. And standing in maner aforesaid, he must alwaies proue & trie (before he be determined to deliuer a thrust) to beat off the enimies weapon, which being done, presently deliuer a forcible thrust toward the enimie. But because it may lightly so fall out, that in 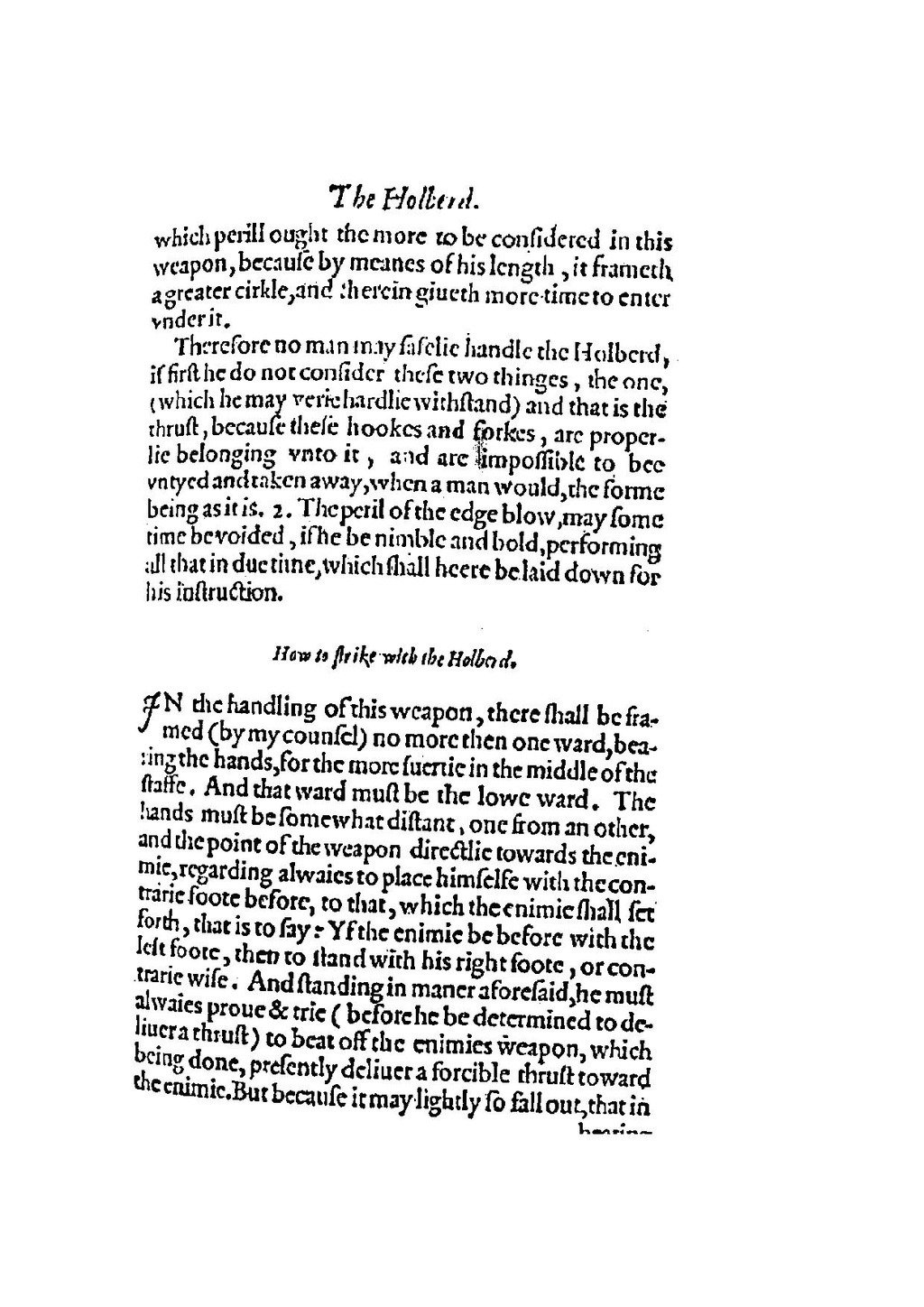