beating off the enimies weapon (the enimie happelie pretending to do the like) the weapons be intangled fast together. Therefore, as soone as it is perceaued that they be grappled fast, standing sure, and firmelie on his feete, he shall increase a pace towardes the enimie, lifting vp aloft the enimies weapon, together with his owne by force of the said intangling, and then with the heele, or the blunt end of the Holberd shall strike the enimie in the brest, (for which consideration it should not dislike me, if for that purpose, there be fastned in the said blunt end, a strong and sharpe pike of iron) and as soone as he hath stroken with the said blunt end, (because, by meanes of the said lifting vpp, the weapons shall be now vnhooked) and retyring that pace which he had before increased, without remouing of his hands, he shall deliuer a strong edge blow, which then is verie commodious.

And it is to be vnderstood, that this edge blow being deliuered in this maner, is so strong, that it is apt to cutt the enimies sword, if it be opposed in his ward. Only that which is to be regarded in the deliuering of this blow, is, that he be nimble, and of stout courage, not doubting that he shal be strooken againe, because he is to goe so neere his enimie, for besides, that he is in such case, that he may easilie ward any blowe, the enimie findeth no waie, to strike, except he performe it in two times, to witt, by retyring his pace and Holberd, and then by deliuering a thrust.

That this waie of striking is good, after the tying, and intangling of the weapons, it may be hereby vnderstood, that as a man indeuoreth to vntye, and vnloosen the weapons, either by retyring himselfe, either 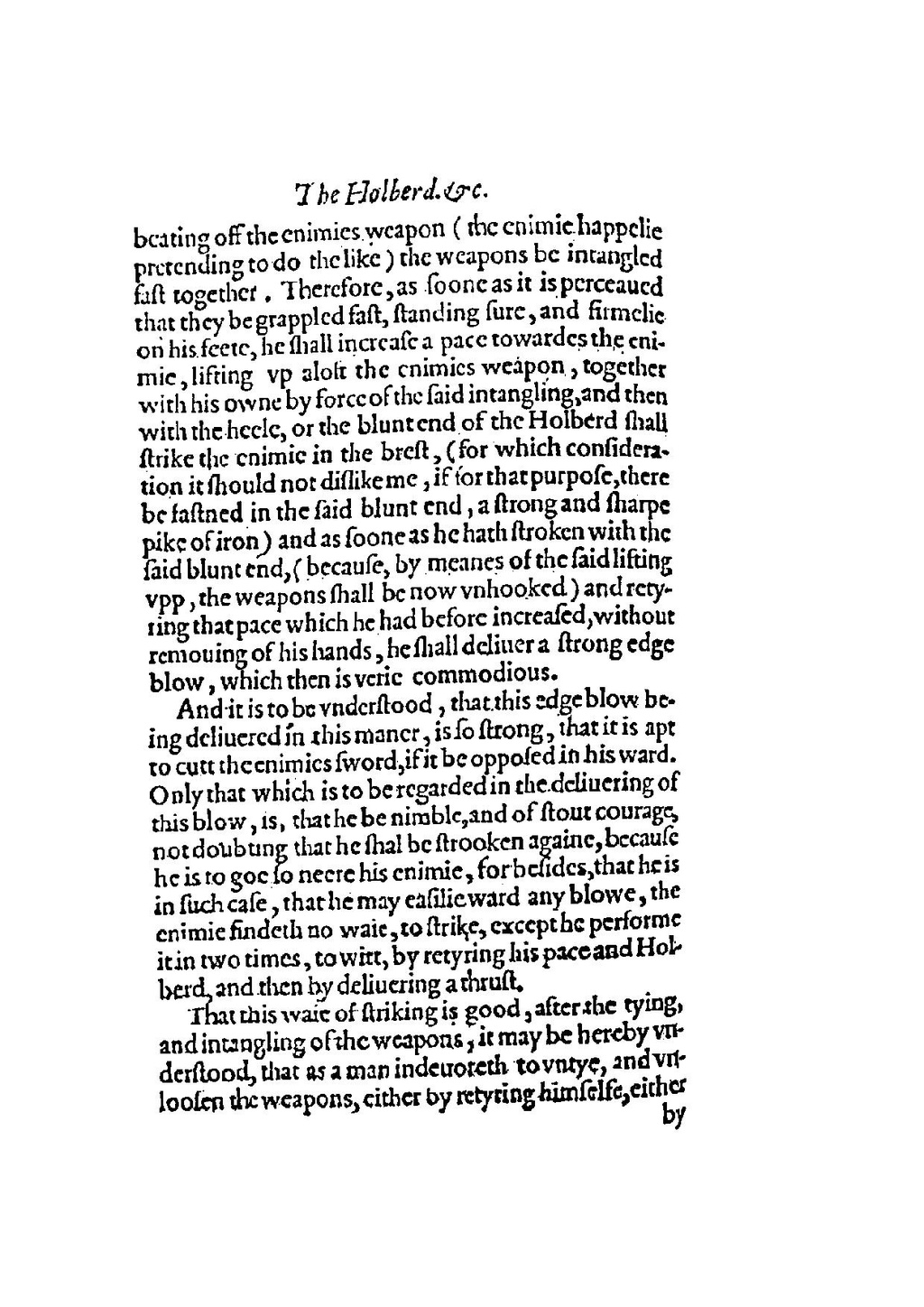