lightlie speede, being nimblie deliuered. And when it speedeth not, yet, it will safelie ward the edge blow, which the enimie shall giue. And this may suffise for asmuch as concerneth the blowes of the Holberd in single combat, wherein there is anie difficultie to be found, the which, a man must seeke to auoide by all meanes, especiallye endeuouryng by all possible wayes to deliuer thrustes, without tying or intangling of his weapon. But although the enimies weapon, may not be tyed to any prescript law or order, (for he also vseth, all the pollicie he may to auoid daunger) yet these blowes with their fastnings are laid downe, because I presuppose, that who so is skilfull to strike, notwithstanding these difficulties, will be much more aduentrous, in striking when he shall find little, or nothing to hinder him, As for example, when in fight he meeteth with a weapon of the Staffe, of the selfe same, or of greater length, but yet, void of hookes or forkes: For seeing his owne weapon, is onlie hable to hooke, and driue outwards the enimies weapon, he may safelie deliuer an edge blow, with the increase of a pace, being sure, that he may not be stroken againe, but onelie with a thrust, which the enimie may not deliuer, but of force, must either retyre his staffe, either his feete, vnder which time, an edge blow may be deliuered without daunger.

Of the hurt and ward of the Iauelyn.

THe selfe same ward, shalbe framed with the Iauelyn, as with the Holberd. And because, of necessitie, the weapons will be intangled, 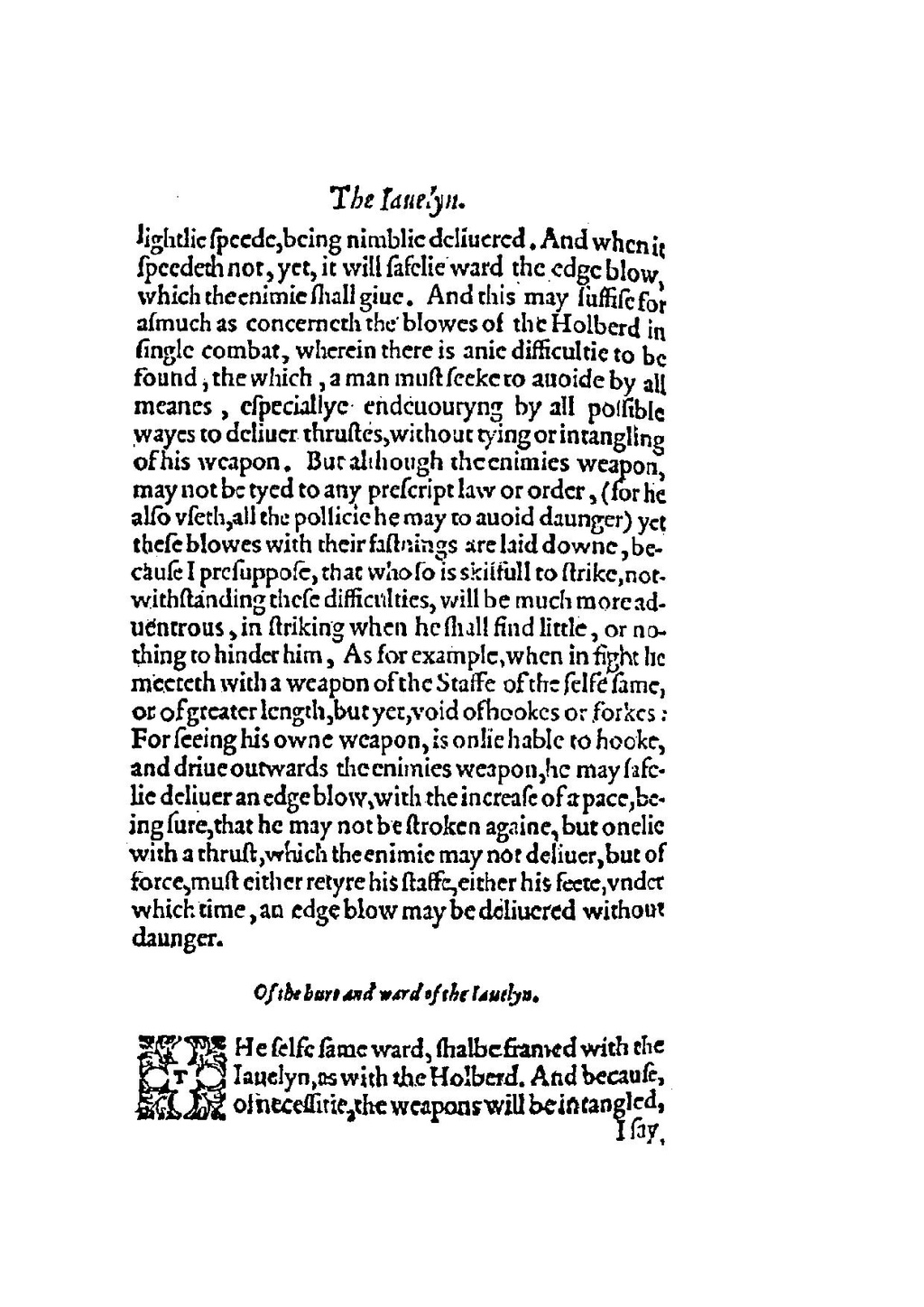