by carying them on the one side, to the intent to strike, he may then go foorth of the straight lyne, by going to one of the both sides, or els lose one time, by retyring himselfe, vnder which two inconueniences, either he must needes be hurt, or els defending himselfe, tye fast the weapons againe. But these inconueniences happen not in the foresaid maner of striking.

Farther, a man may strike after an other way to wit, as soone as by the intangling of the weapons they are lifted vpp, to the intent to vnhooke, and vntye them, he must chaunge his hands, and deliuer an edge blow, either a thwart, either on high, either a low, for it is commodious any way, so that he chaunge his hands and retyre a pace. But this is not so commodious in the other waie, because he may not strike but onelie downwards. But in this maner of chaunging hands, he may easilie strike the enimie in that place, where he perceaueth him to be most discouered, be it aboue or beneath.

Of the defence of the heele, or blunt ende of the Holberd.

FOr the defence of the abouesaid two blowes, it is requisite as I haue alreadie said, that a man stand with the contrarie foote before, to that, of the enimies. And as the enimie (after the fastning of the weapons) endeuoreth to lift them vpp, (being well awares therof) he ought to recouer his Holberd by the increase of a pace, and strike with the heele at the enimies thigh or bellie, and then chaunging his handes, he shall deliuer an edge blow, without any other retyring of him selfe, or mouing of his hands, The which blow shall 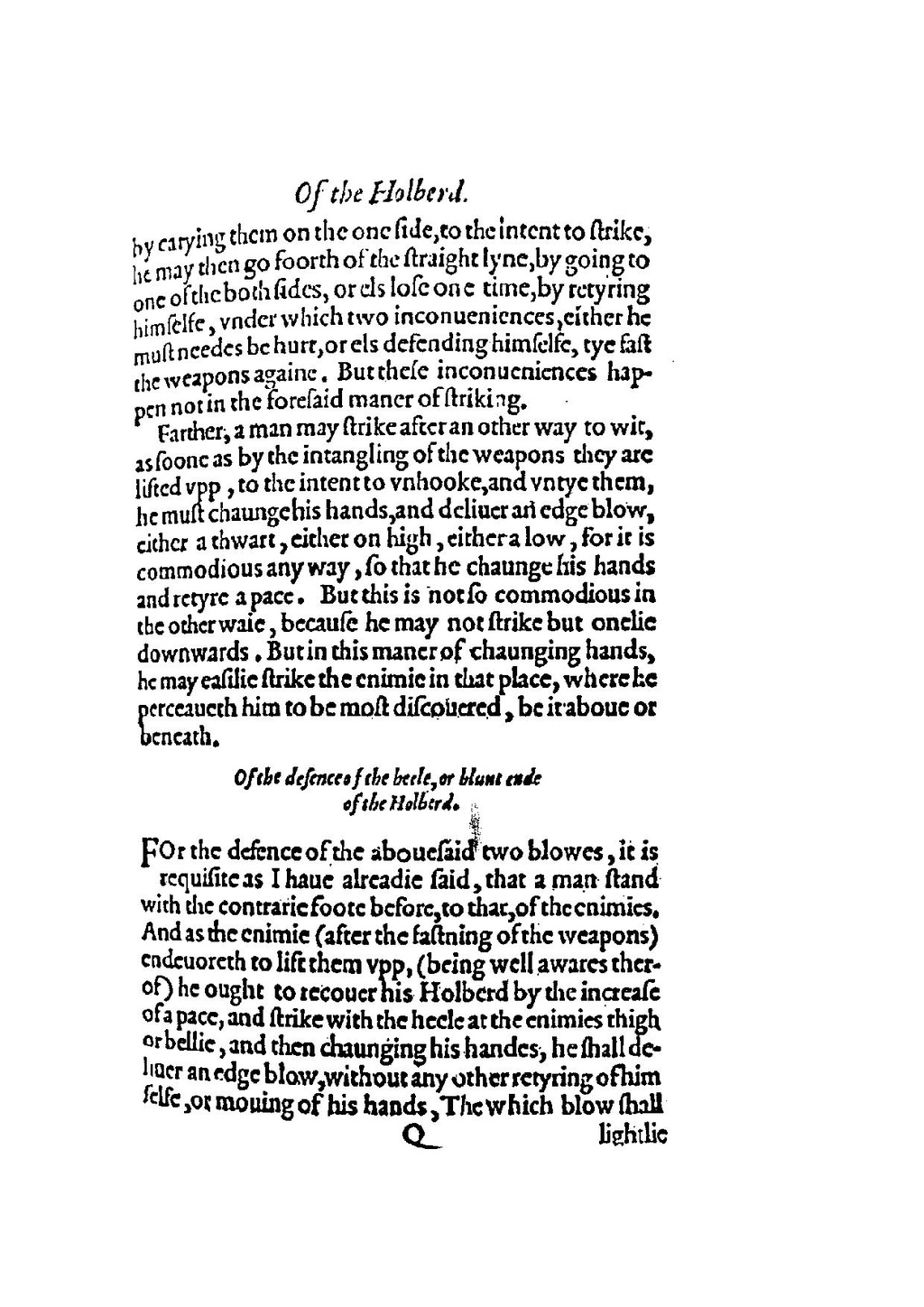