heele or blunt end thereof: which two waies in my iudgement are to be refused, the one being too daungerous (I meane the bearing of it in the middle) the other too difficult (I mean, the bearing it at the blunt end,) because a man is not able to stande long at his ward, neither to defend himselfe strongly, nor offend safely, considering, much of his force is taken away, by susteining and bearing it at the said end. So that, when a forcible blow commeth he hath not sufficient power to beat it off. And forasmuch as the Pike is a long straight lyne, which hath his motion in the head or beginning thereof, which motion be it neuer so small, neere the hand, is yet verie great at the point, it is requisite, if he would strike iust and straight, (when he so holdeth it at the end) that he be greatly practised, and haue great strength whereby he may be both skilfull & able to beare it so iust & euen, that the point thereof strik or hit there where the hand & eie would haue it. This is verie hardly accomplished, aswel beecause it is a thing impossible to strike by the straight lyne, as also for that the armes being weakened with the paize of the Pike, do shake and deliuer it vnstedfastly. Therefore, for the auoyding of these two inconueniences, the Pike must be born within an armes length of the said heele or blunt end, in which place, it is sufficiently distant from hurt, & it is not borne with much difficultie if the hands be placed an armes lēgth one from another of the which the hinder hand must be stedfast, I meane, holde the Pike harde, and the forehand somewhat loose: So that the Pike may shift thorough it to and fro. 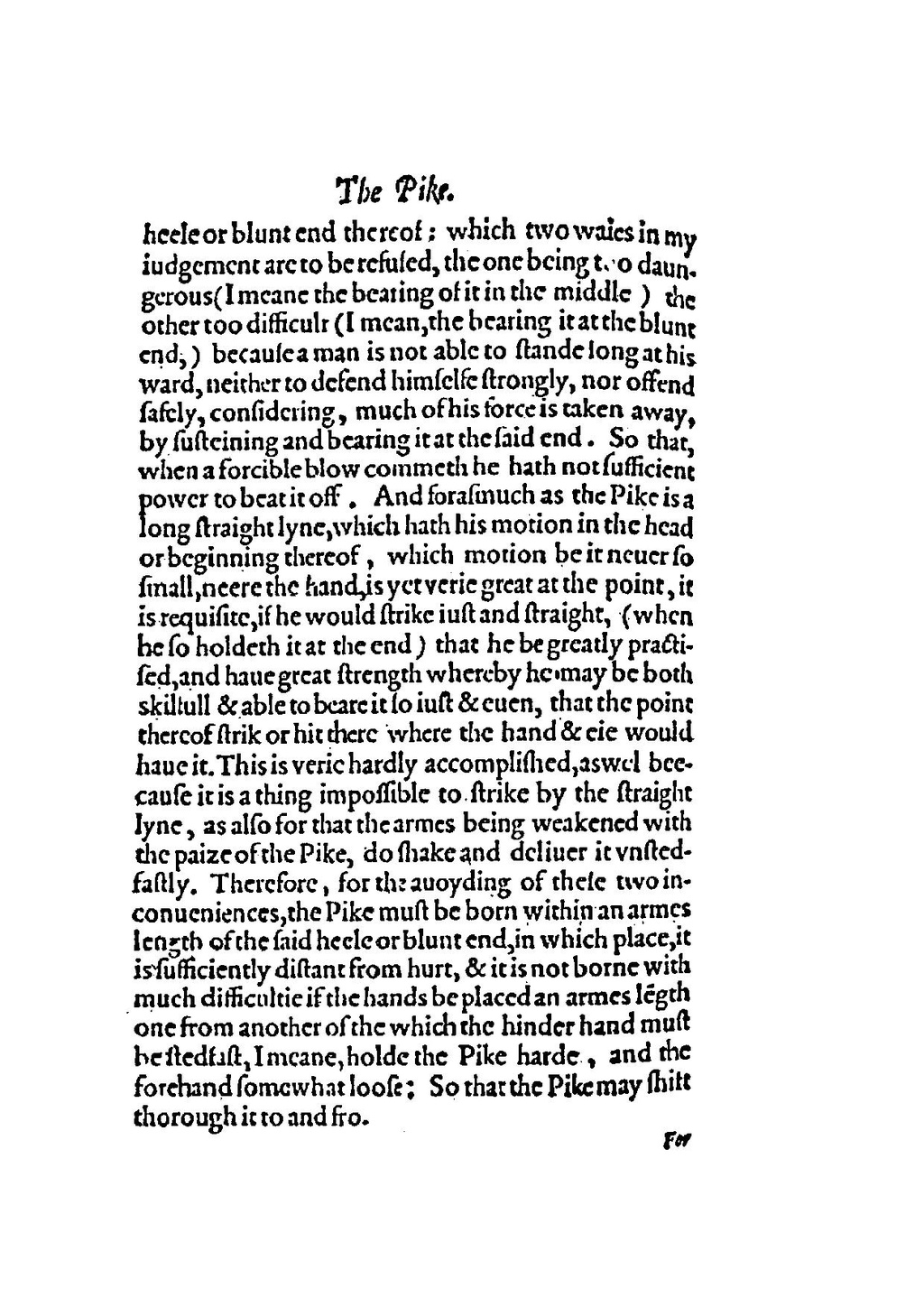