Of the maner how to strike in the said wardes.

WHen the enimie is in the low ward, a man ought alwayes to stand either at the high or straight ward. And contrarilie, in the low or straight ward, when the enimie is in the high ward. And must indeuour as forciblie and as nimblie as he may, first of all, to beat off the enimies Pike, whether it be within or without, but yet in such sort, that he depart not much from the straight lyne, and be therby constrayned, to spend much time in returning thither againe, And as soone as he hath beaten off the enimies weapon, to thrust▪ bearing his bodie contrarie to his armes, to the end, he may be the more couered from the thrustes, and deliuer his owne thrusts with the more force, alwaies regarding in the high ward, to thrust downewards, and in the low ward, vpwards, & in the straight ward, in the middle: for this maner of thrusting, is verie commodious, and consumeth little time.

Of the defence of the wardes.

THe hurts of these wardes, are defended in the selfe same maner, as those of the Iauelyne are, to which Chapter, (hauing there reasoned sufficiently) I referre you, to the intent I may not repeat one thing often.

And it is to be considered, that there is greater regard to be had of the times in managing this weapon then in any other, because it is not furnished with any forkes, or other defences which may helpe a man, but all hope of victorie consisteth in the iudgement of the times, and in dexteritie of deliuerie.

I will not therfore at this present stand to declare 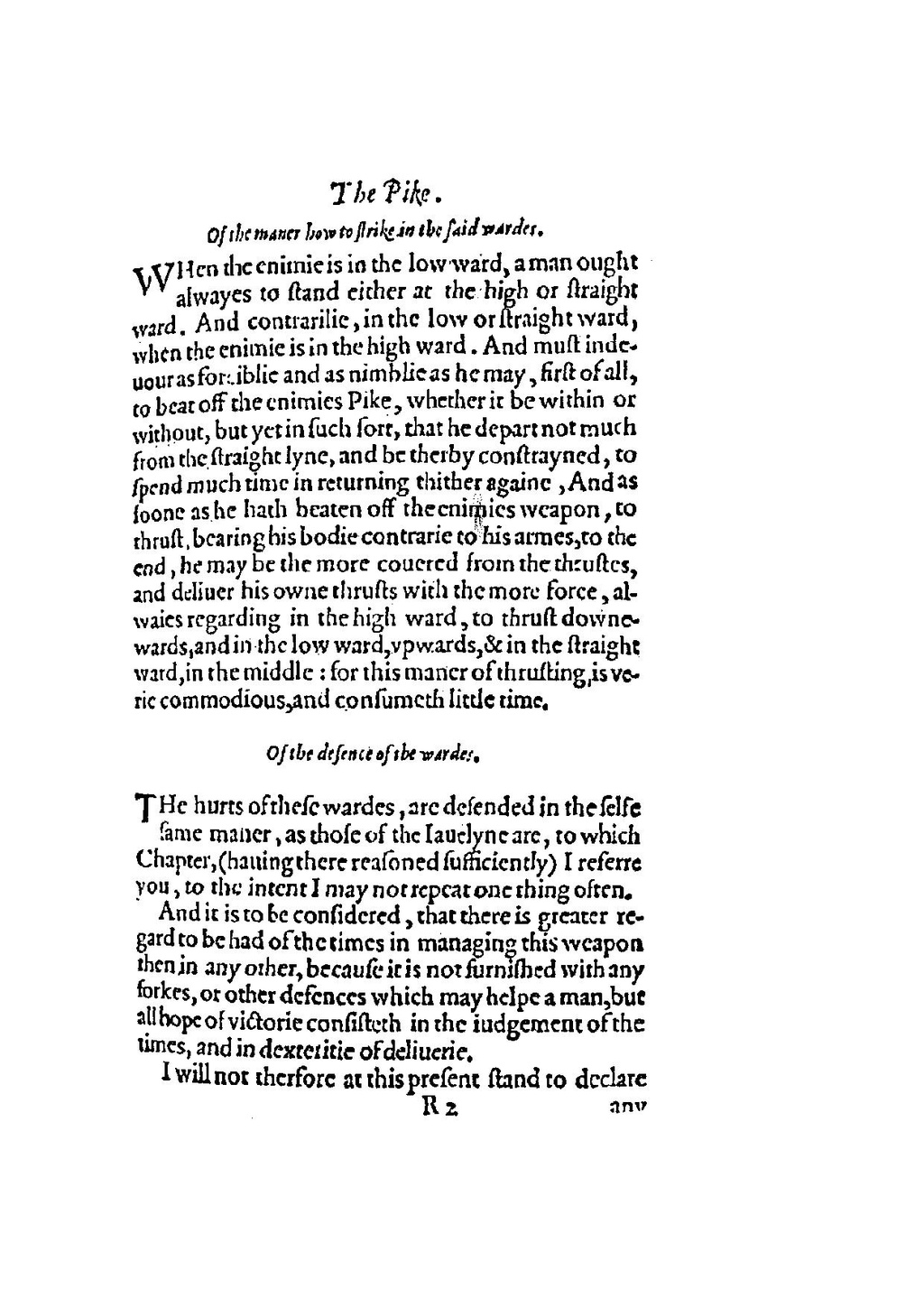