But it is to be considered, that when he beareth his sworde with his poynt backewardes, he false no other than the edgeblow, for then thrusts are discommodius. And because men do much vse at this weapon, to beate off the poynt of the sworde with their handes: therefore he must in that case for his greater redines & aduantage, suffer his sword to swaie to that side, whether the enemy beateth it, ioyning to that motion as much force as he may, performing therin a ful circuler blowe, and deliuering it at the enemie.

And this blow is most readie, and so much the rather, it is possible to be performed, by how much the enemie thinketh not, that the sword will passe in full circle that waie, for the enemie being somwhat disapoynted, by beating off the sworde, after which beating, he is also to deliuer his thrust, he cānot so speedely spēd both those times but that he shalbe first strokē with the edge of the sworde, which he had before so beaten off.

BEcause it chaunceth commonly, that in managing of the handes, men beare no great regard, either to time or aduantage, but do endeuour themselues after diuers & sundry waies & meanes to encounter the enemies sword: therfore in these cases, it is verie profitable to knowe how to strike, and what may be done in shortest time.

The enemies sword is encountred alwaies either aboue, either in the midle, either beneath: & in al these 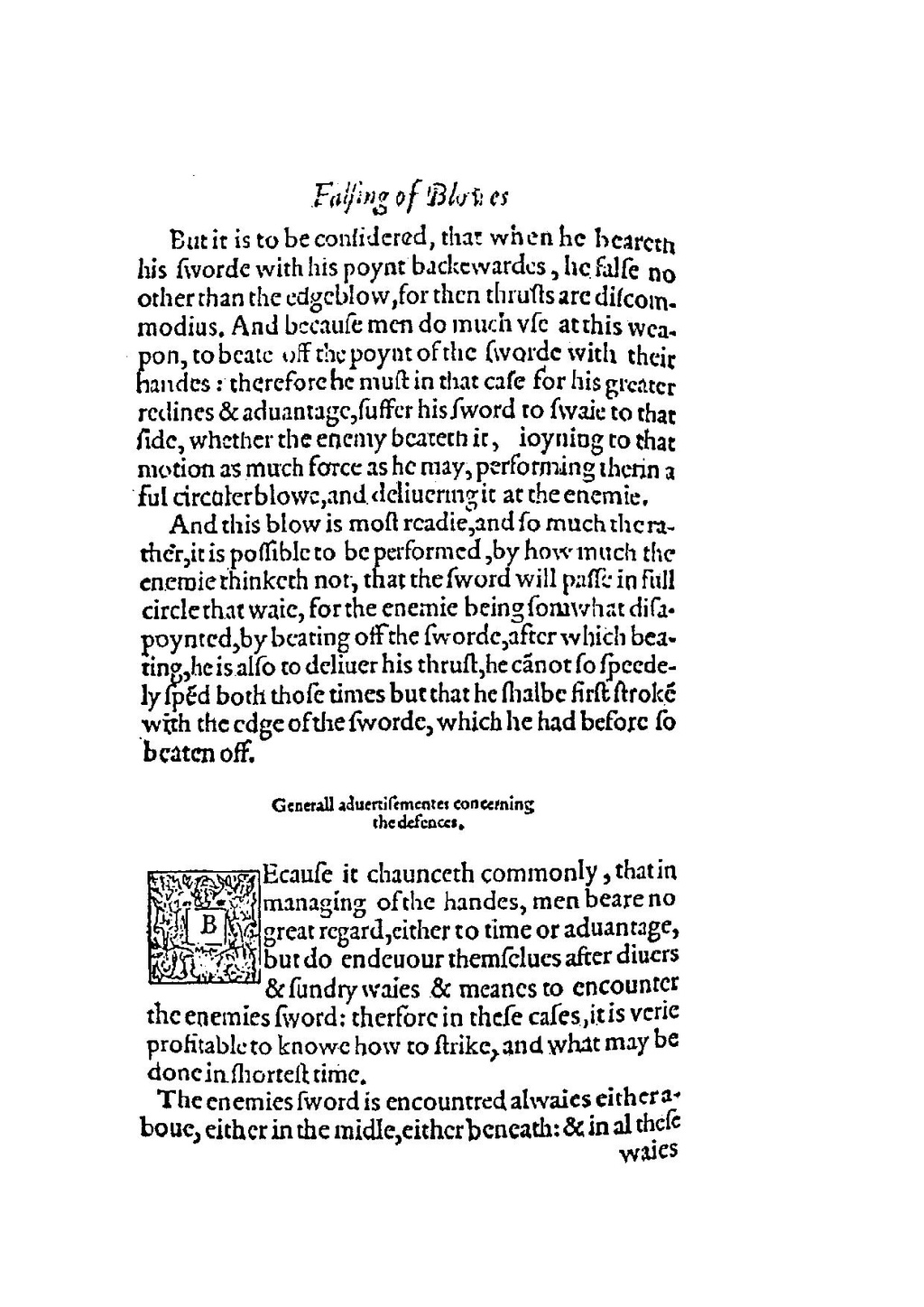