very hardly encountred, except a man be very much exercised in the handling thereof. And because there are two weapons, the one of offence, and the other of defence: it is to be considered, that when by meanes of a false thrust or edgblowe, the enimies round Target, square Target or buckler, is onely bound to his warde, and his sword remaines free and at libertie, one resolue not himselfe to strike immediatly after the falced thrust, for then he may verie easelie be hurt by the enimies sword. Therefore let him remember for the most parte, to false such thrustes, against the which, besides the weapon of defence, the sword be also bound to his warde, or else to false edgeblowes from the knee downewards: for seeing the round target, or any of the other two, may not be vsed in that place, of force the sword must be there placed at his defence, which as soone as it is found, and thereby ensured that it may do no hurte, a man may then step forwardes, and deliuer such a blowe as he best may without daunger.

An aduertisement concerning the defences of the false of the round Target.

EVerie time that one vseth to false with round Target, square Target, and buckler, or as I may better saie, with the sword accompanied with them, he falseth either an edge-blowe, either a thrust, either leaueth some parte of the bodie before discouered. Against all the falces of the edge, which come from the knee vpwards, the round Target or any of the rest, must be oppressed, and then 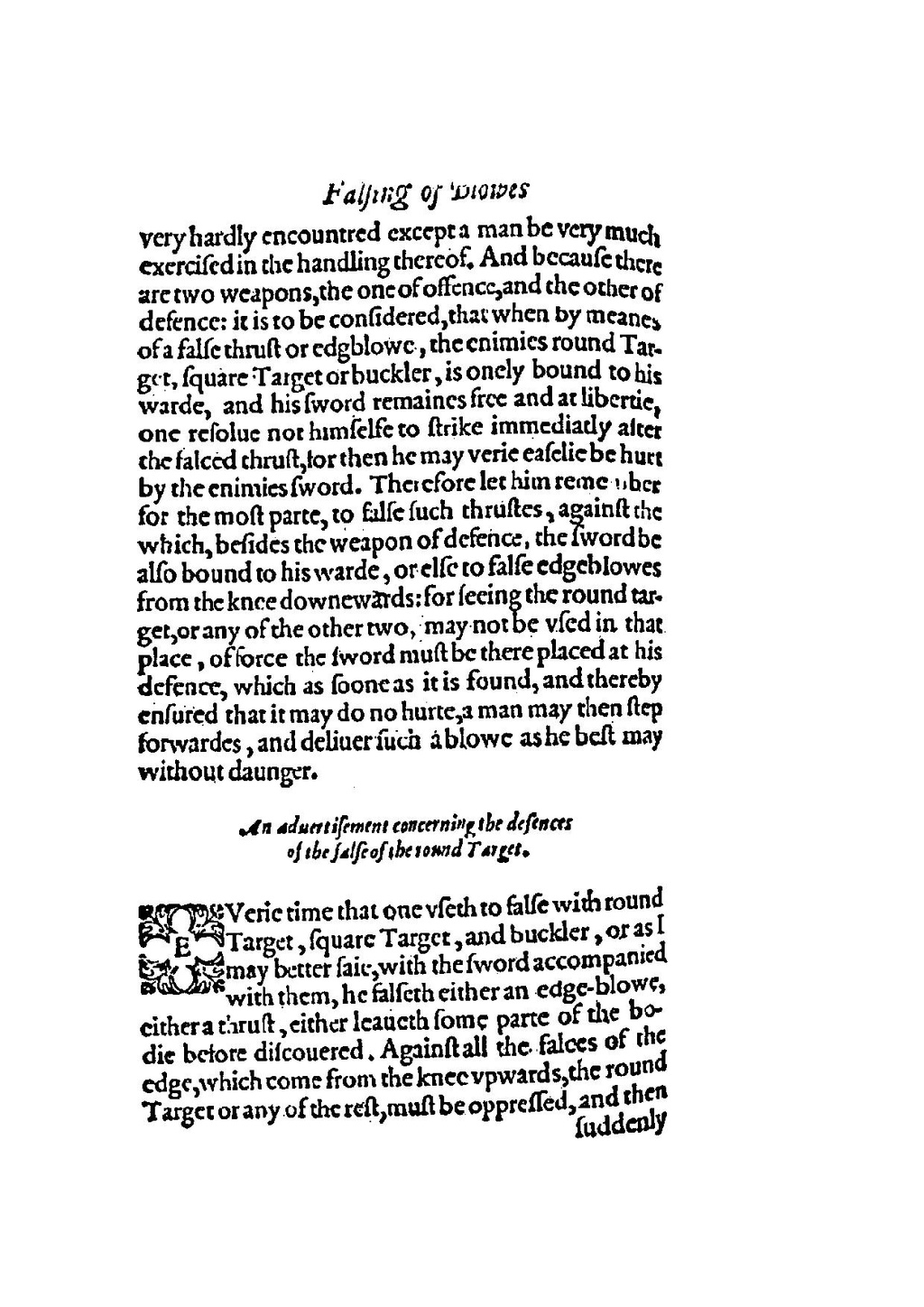