quireth aide of the sworde. Edge-blowes also when they come a thwart (for in that case, they incounter the circumference thereof: the which if it chaunce, the sword not to encounter on the diameter, or halfe, in which place the sword is onelie staied, but doth encounter it, either beneath, either aboue the said diameter (maie easelie slippe and strike either the heade or thighs: therfore let euetie man take heede and remember, that in striking at the buckler, either with the poynte or edge of the sword, he deliuer it crossing or a thwarte.

As concerning the falses and deceites, which may be vsed in the handling of theis weapons, as at the single sworde, they are infinite, so at theis weapons they are much more, if the number of infinite may be exceded. For besides, that with the sword one may false a thrust, an edgeblowe, on high, a lowe, within without, and frame diuers other vnorderlie wardes, There remaineth one deceite or false properlie belōging vnto theis, which is, to beare the bukler, squar Target, or round Target, wide from the bodie, and therewithall to discouer himselfe, to the end the enimie may be hindred, and lose time in striking, being therewithal sure & nimble to defend himself & offēd the enimie. And this he may practise in euerie ward, but more easelie with the square Target than with the other two, because it is bigge and large inough, & may easelie encounter and find the enimies when it commeth striking: but this happeneth not in the rounde Target, because his forme is circuler, neither in the buckler, because, besides his roundnes, it is also small: by meanes of which two things, blowes are 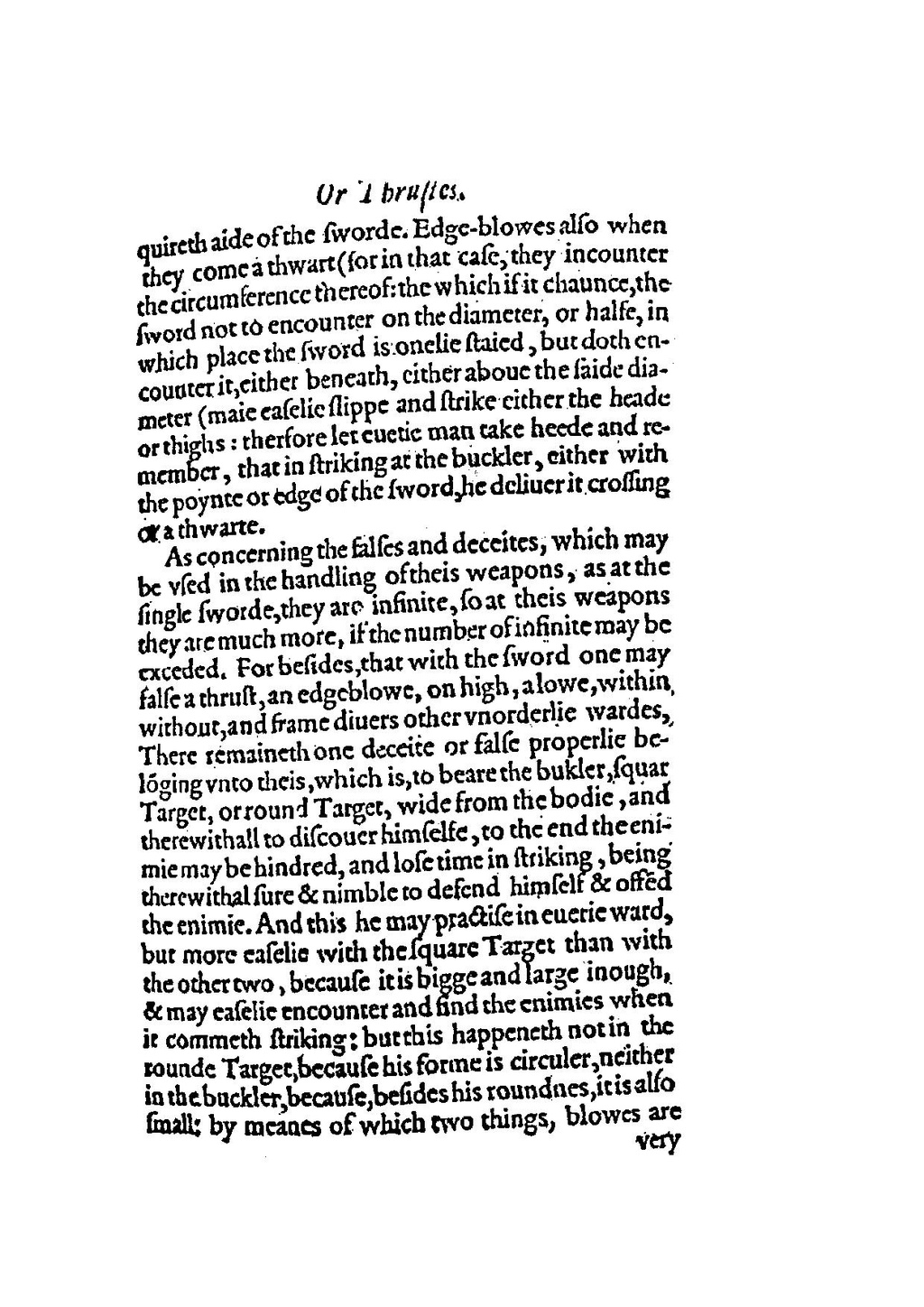