sword which was before, maketh no increase of pace and therefore cannot strike more then the defence & strength of the arme will beare, and that is weake to strike, but yet verie strong to defend: and the self same accidentes and qualities, which are found to be in the enimie, are incident also to our selues. Wherefore when one findes that he standeth with his right foot before, be it in any warde whatsoeuer, he may false with the forsword and strik home with the same, or else he may false with his hinder sword, & strike with the selfe same: or else after a third waie, to wite, to false with the one, and hit home with the other: And this kind of false, doth more properlie belong to the two swords then any other, but yet he must take heede and veriewell remember that whilest he falceth with the one, and would also strike home with the same, that he beare the other directly opposite against the enimie. For whilest the enimy is bound to warde the false, and homeblowe of the one sword, he may come in with the other and strike, if he finde any place either discouered or easie to enter: So that bearing this rule continuallie in remembrance, which is in the fight of two swords, to beare alwaies the one directly against the enimie, to the entent to hinder him, that he resolue not himself to enter, he shall indeuour to false, sometimes with the one, and sometimes with the other sword, some times a thrust, some times an edgeblowe, and then to driue it home, either with the same sword that falceth, or else with the other. But in the practise, and doing of all this, it is required that he be of deepe iudgement, knowing presently vpon the false, what parte of the bodie the enimie disco- 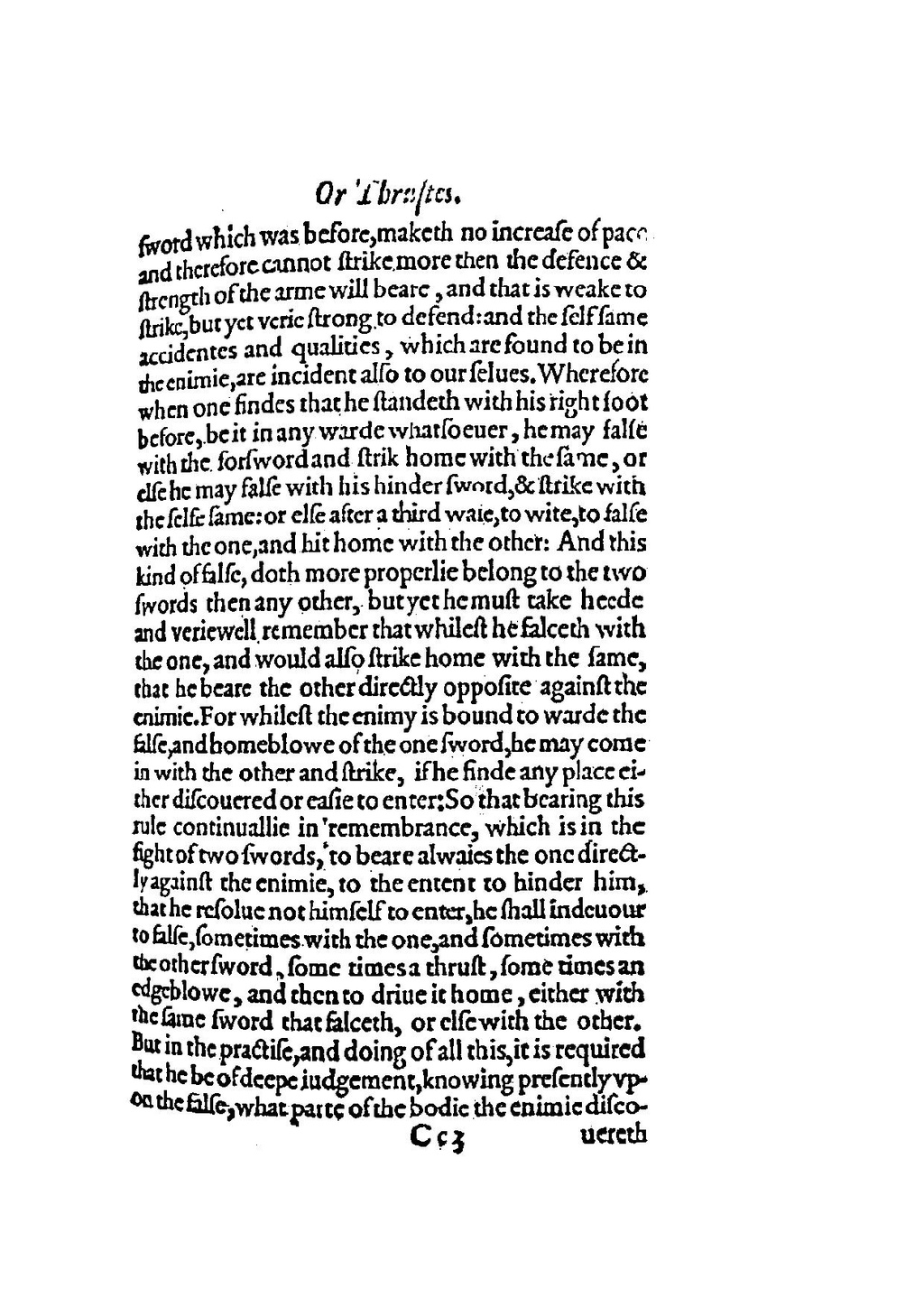