his armes, his feete, and his whole person: for each of theis motions are sufficient of themselues, to alter the warde. In all theis wardes, he may with either hande and sword, practise to false against the enimie, sometimes by fayning, sometimes by discouerie. And this is properlie belonginge to theis weapons, to wit, to false with one, and to strike home, either with the selfe same, or with the other weapon: & likewise discouer with the one, and ward with the selfe same, or with the other, the which neuer yet to this daie was or might be done with any other weapon. For in the handling of other weapons, that which falceth, doth in like manner strike home, so that of force, there are spent two times: for which consideration men hold opinion, that falsing is occasion both of great hurte, and also of losse of time. But yet this happeneth not in these weapons, which forasmuch as they are two, and are of equall power both in striking and defending, may be handled both after one fashion. And presupposing alwaies that one is as skilful to handle the one aswelas the other, he may discharge at selfe same time two thrustes, two edgeblowes, both right & reuersed.

But if he would exercise himselfe onelie in sporte & plaie, he shal then continually vse to strike his enimie with one, and defend his person with the other. Therefore when one dealeth against an enimie that hath two swords, one of the which maie alwaies encrease a pace, and strike either with a thrust, or with the edge, from that sword he must take heede to warde himeselfe, for it is verie forcible, and alwaies bringeth great daunger and perill with it: The other 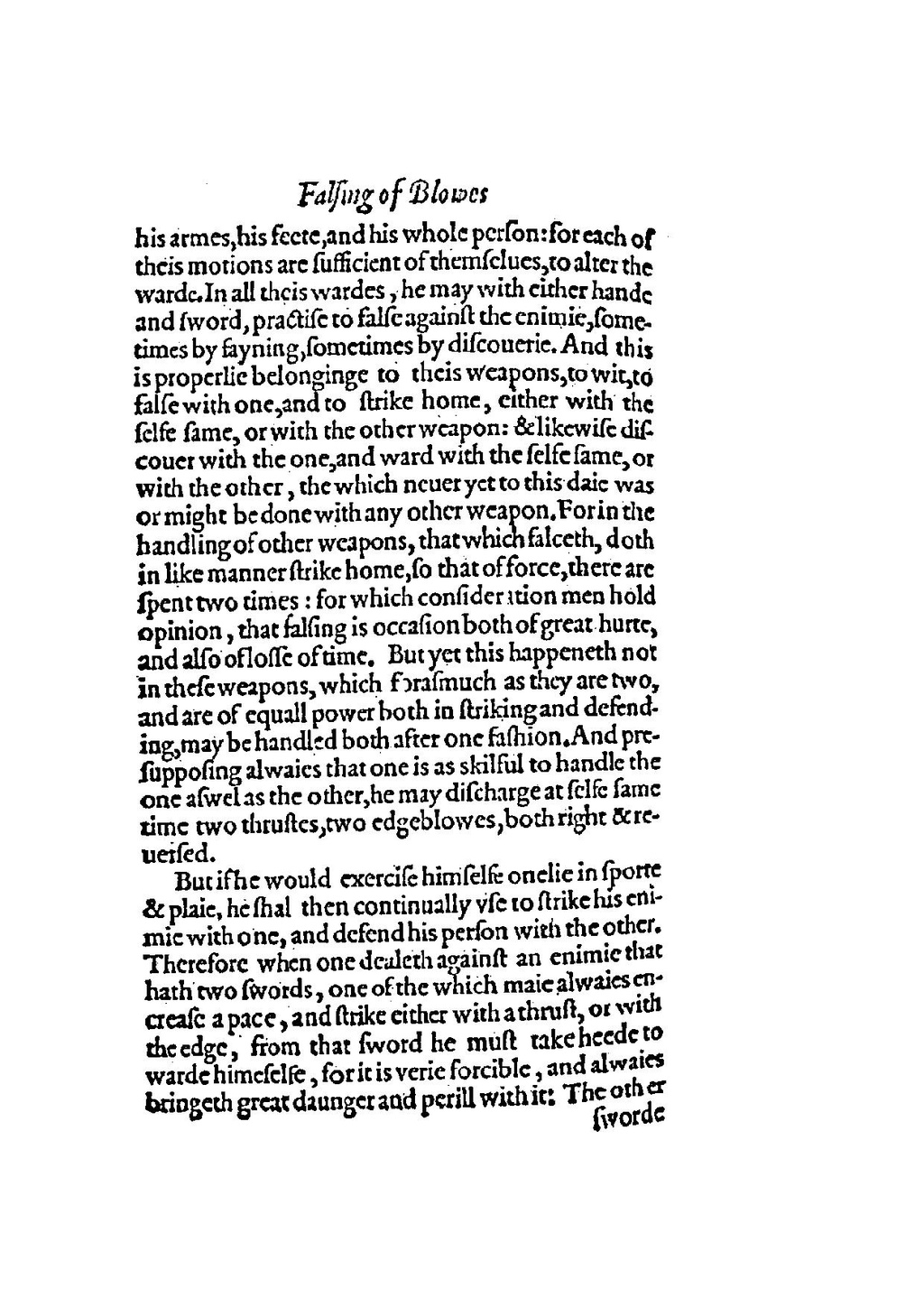