much time. Therefore when one endeuoreth with the encrease of a pace to force his sword within, he shall assaie to strike it home, with the selfe same sword because as I haue before said, to strike with the other were to long. Wherefore I wil laie downe this for a rule, in the handling of theis weapons, that if a man false with the foresword, he may also strik home with the same, or else with the other, so that he increase a pace. And if he false with the hinder sword, he shall presently, and resolutely force the blow home with the same sword, but yet with the increase of a pace: but if he doe not fullie deliuer it, he shall againe procure immediatly to strike home with the selfe same sword, either with a thrust, or edgeblowe, be it high or lowe, as at that instant shall be most commodius to serue the turne.

An aduertisement concerning the defences of the two Swordes, or Rapiers.

IN sport or plaie one may stande euerie waie against the enimie, to witte, if the enimie be on high, to settle himselfe at his warde, lowe or broad. But it is more gallant to beehold and more commodius indeed to place himself against thenimy in the very self same manner as he findeth him, with the self same foote before, and in the very same site that he is in, either high or lowe. For standing in such manner, the enimie may hardly endeuour with his false, to troble or busie both swords. And moreouer it must be considered, that the fore sworde is that which wardeth 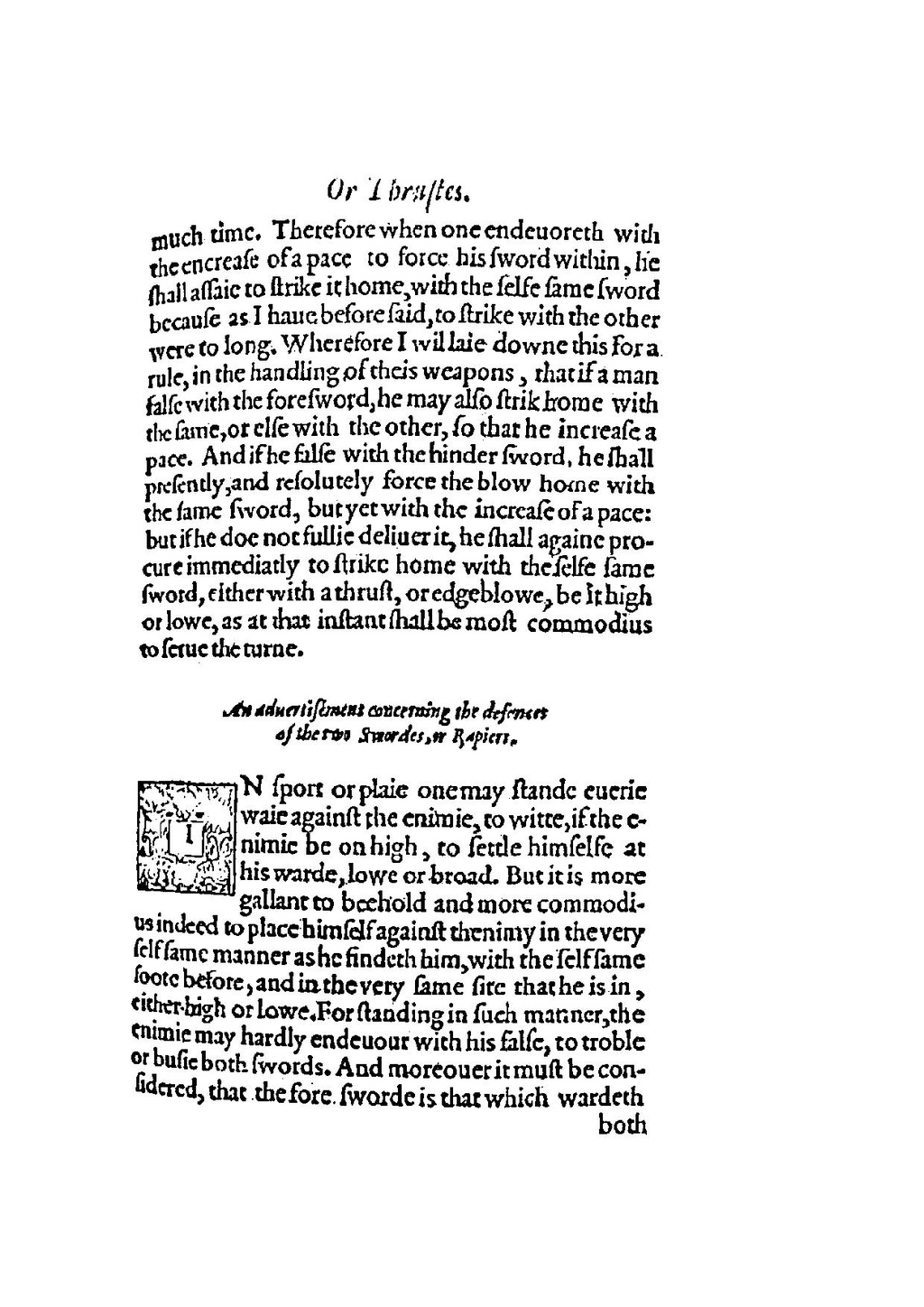