both falses, and resolute blowes, the which it doth verie easily perfourme: For if it be borne aloft, then by the bending of the point down, it defendeth that part of the bodie, to the which it is turned. Remembring therefore these rules, which are, to stand euery way as the enimie doth, & to warde his falses with the fore-sworde, I saie, where any falses or blowes come: then as soone as he hath warded them with the fore-sword, he shall encrease a slope pace, & with the hinder sworde deliuer either a thrust at some discouered place, either a right blowe with the edge at the legges, or els (which is better) shall fetch a reuerse, either athwart the face, or els athwart the armes, and this blowe doth most easily speede: for the enimies fore-sworde is occupied, and his hinder sworde cannot come to oppose it selfe against this blowe: neither may it so easily strike, because (by encrease of the foresaid slope pace) the bodie is moued out of the straight lyne, so that the enimie may not so commodiously strike with his hinder sword, but that he shalbe first stricken on the face or on the armes.

Wherefore, let euery man resolue himselfe, (as soone as he hath encountred the enimies sword with his owne foresworde) that he step in and strike with his hinder sworde. Neither, let him stand in feare of the enimies hinder sworde: for either it cannot hurt because the bodie is voyded (as I haue saide,) or els, if it may, it must presently prouide to stand to his defence, and thereto is so bound, that it may do no manner of hurte. 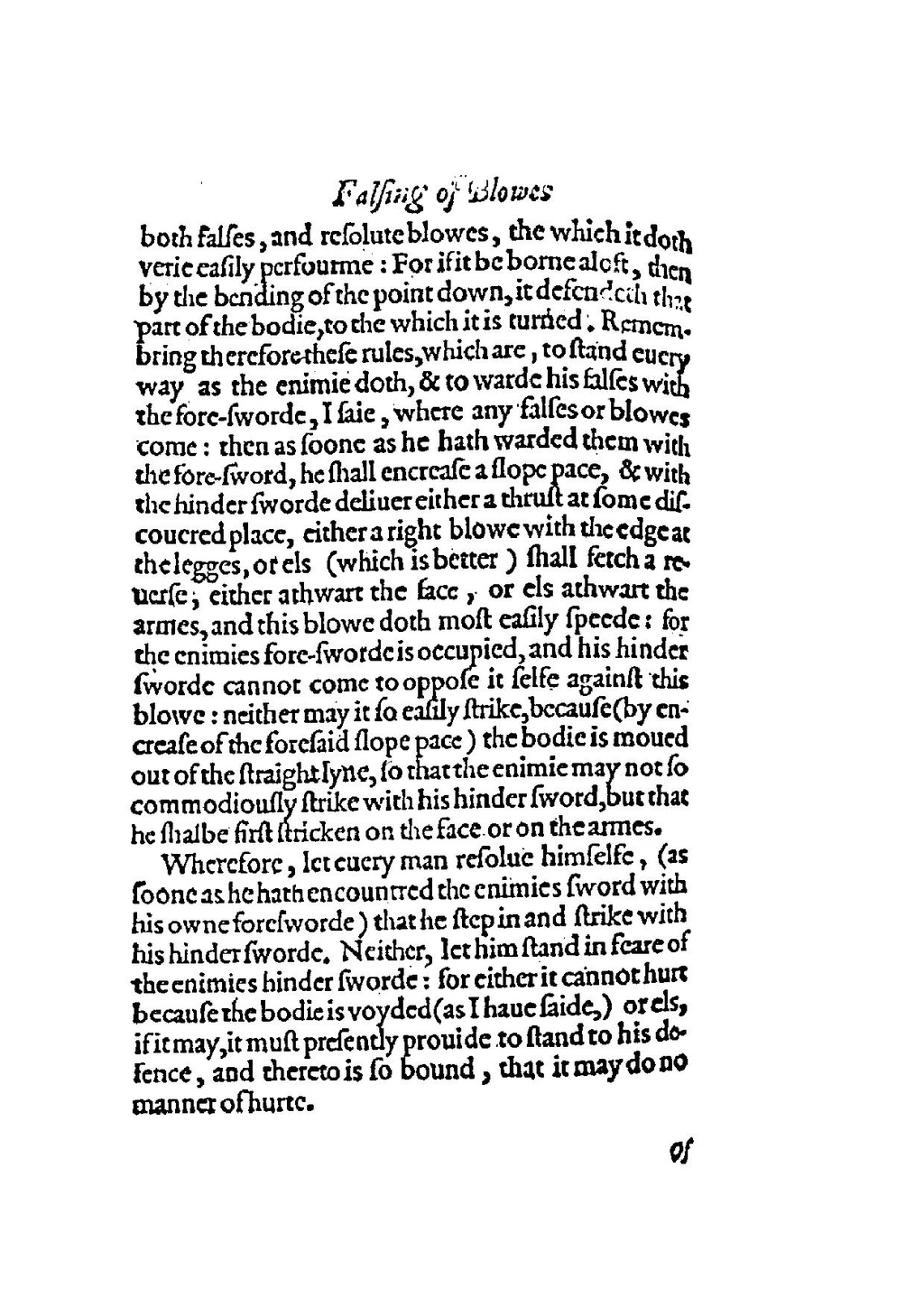