he may beate it off and retire himselfe, but if it be an edgeblowe, then, as soone as the two hand sword is lifted vp, in the same time he must encrease forwards and deliuer a thrust, or else if he haue no time to strike he must encounter & beare the blow in the first parte of the sworde, which is neare the hiltes, taking holde thereof with one hande, and striking with the other. And this he may performe, if he be nimble & actiue, because the twohand sword carieth but smal force in that place.

DEceites or falses, are all more manifest and euident in these, then in shorte weapons which are handled onely with one hand because both the arms are moued more slowly then one alone. And the reason thereof is, that cōsidering they are more long, they therefore frame in their motions a greater compasse: and this is perceiued more in edgeblowes then in thrustes. Therefore the best false that may be practised in the handling of these weapons, is the false of the thrust, and that the edgeblow ought neuer or seldome to be vsed, except great necessitie constrain, as shalbe declared. Wherefore in these weapons, I wil frame foure wards, three of them with the poynt forwardes, of which three, the first is, the poynt of the sword being borne lowe, and the hinder arme being lifted vpp.

The second is, the poynt high, the right arme being behinde and borne alowe. 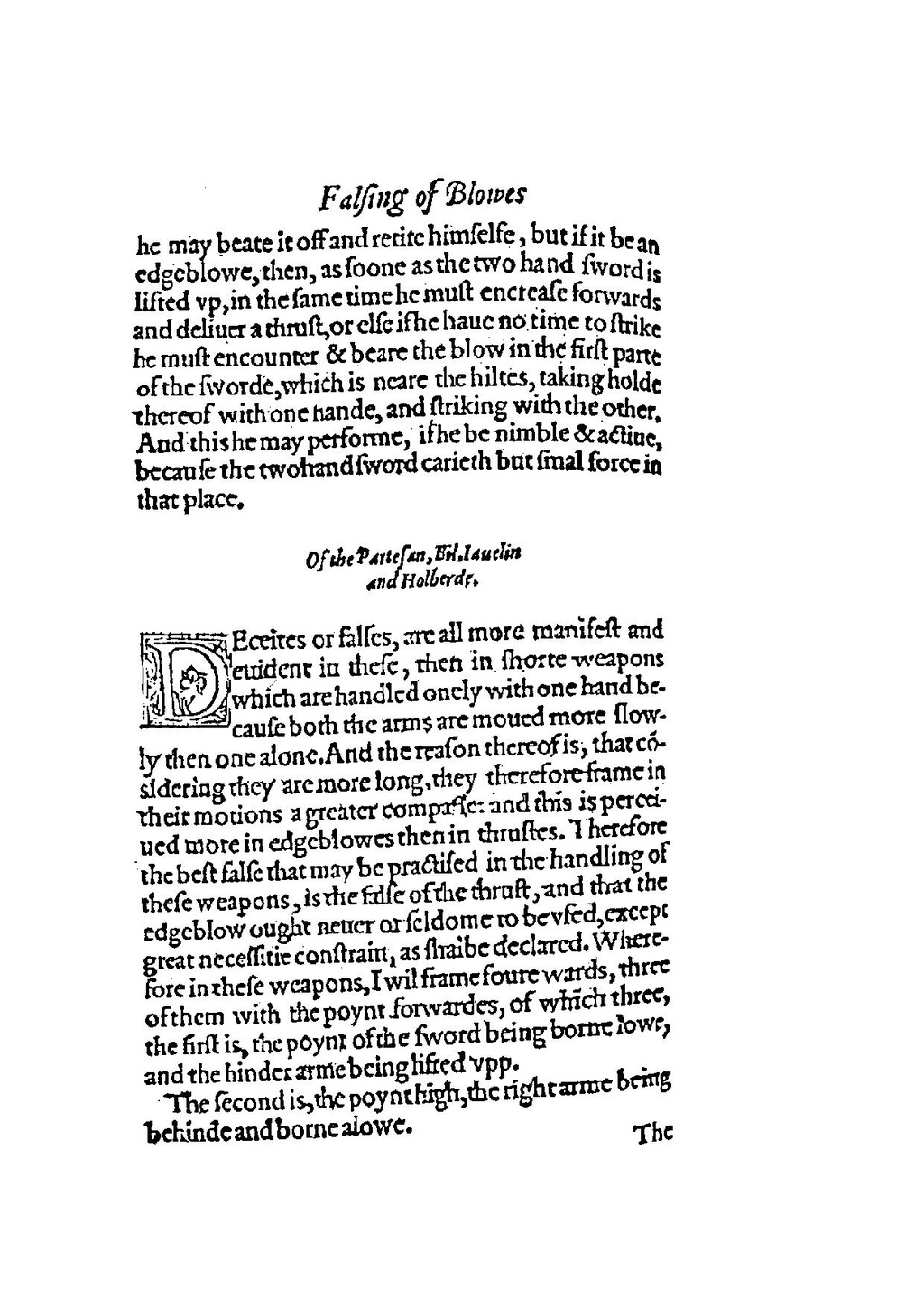