The third, the poynt equall and the armes equall: And in euerie on of these a man must false without, and driue it home within, or false within and deliuer it without, or false aloft and strike beneth, & so contrariewise. But as he falseth within or without, he ought to remember this note, which is, he must alwaies to the entent he may goe the better couered & warded, compasse the hinderfoot to that parte, to the which the weapon shalbe directed to strike home after a false.

The fourth warde which is much vsed, and especially with the bill, shalbe to beare the weapon with the bluntende or heele forwardes, the edge being lifted vpp on high. And this is much vsed, to the entent to expect the enimies blowes, and that thereby a man may be better able to warde them, either with the heel or midle of the staff, & then to enter & strik deliuering an edgblo with thencreas of a pace, the which maner of striking is most ready and nimble. The false, which may be vsed in this ward, is whē he hath warded thenimies blo with the heel of his wepon, & thē would encrease forwardes to deliuer an edgeblowe, if the enimie shall lift vpp or aduance his weapon to defend himselfe from the said blowe, then he shall giue ouer to deliuer that blowe, by retiring his weapon, and giue a thrust vnderneath, with the encrease of a pace.

And this kind of blowe is verie likely to work his effect without danger, if it be aptly and nimbly vsed. 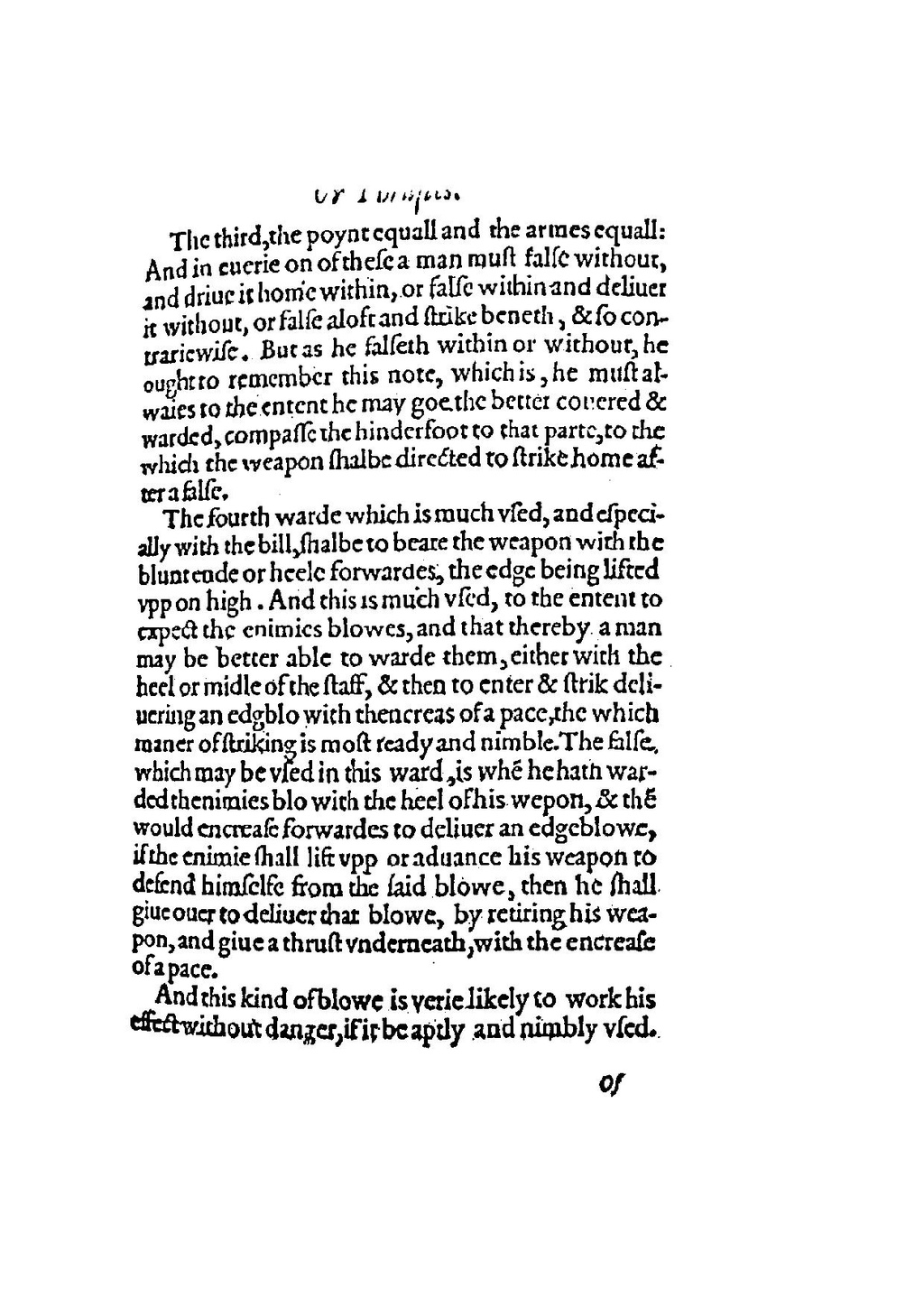