The diuision of the sword.

FOR as much as the Effectes which procede from the lēgth of the sword, are not in euerie part thereof equall or of like force: It stands with reson besides the declaration of the cause, that I find out also the propertie and name of ech part, to the end euerie man may vnderstand, which are the parts of the length wherewith he ought to strike, and which the parts, wherewith he must defend.

I haue said elswhere, that the sword in strikinge frameth either a Circle, either a part of a Circle, of which the hand is the center. And it is manifest that a wheel, which moueth circulerly, is more forcible and swift in the circumference then towards the Center: The which wheel ech sworde resembleth in striking. Whereuppon it seemeth conuenient, that I diuide the sworde into sower equal parts: Of the which that which is most neerest the hand, as most nigh to the cause, I will call the first part: the next, I wil terme the second, then the third, and so the fourth: which fowerth parte conteineth the point of the sword. Of which fower partes, the third and fowerth are to be vsed to strike withal. For seeing they are neerest to the circumference, they are most swift. And the fowerth part (I mean not the tip of the point, but fower fingers more within it) is the swiftest and strongest of all the rest: for besides that it is in the circum ference, which causeth it to be most swift, it hath 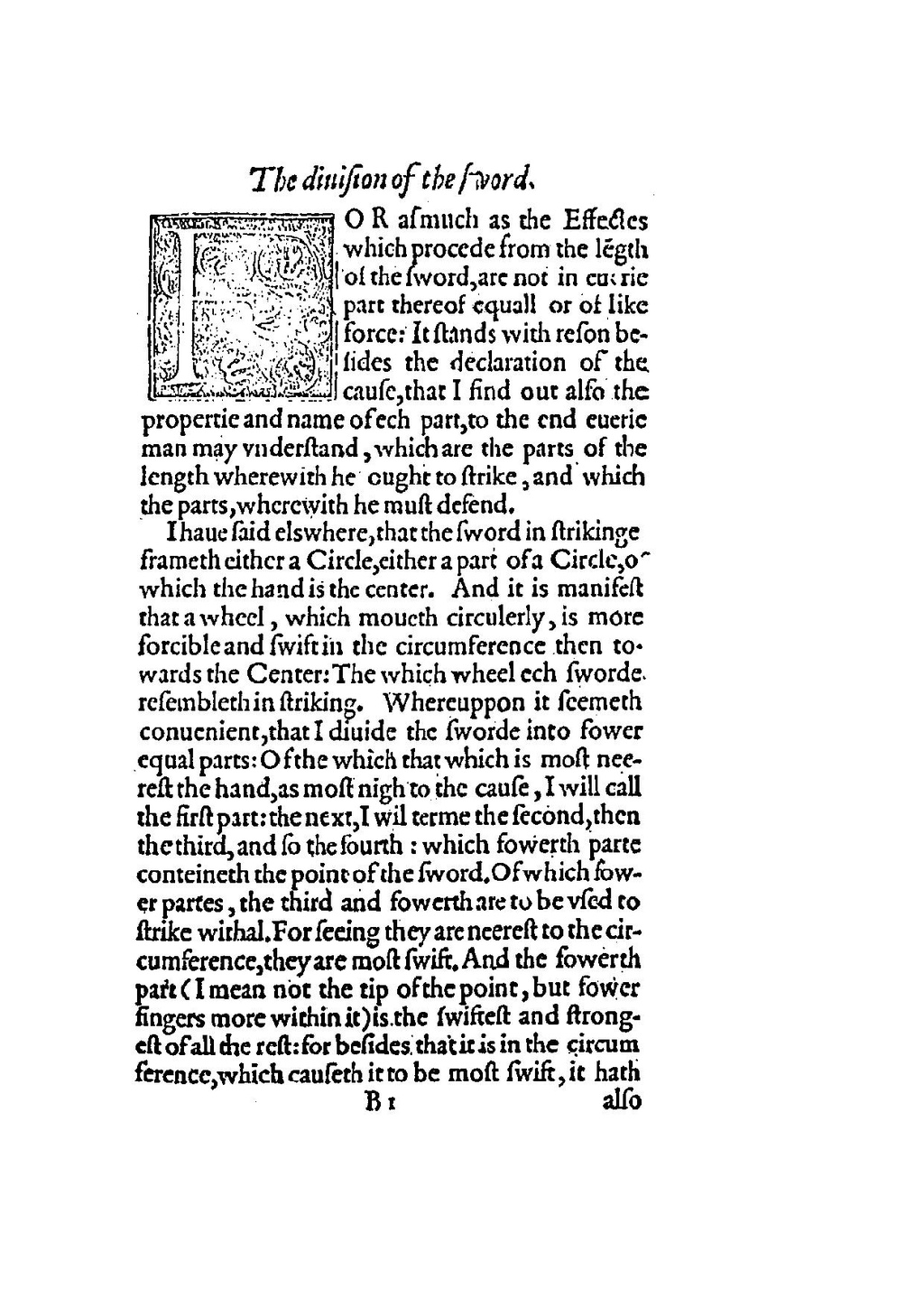