nere and readie to strik then his enemies. For when the enemie fetcheth a compasse with his sword in deliuering his stroke, at the length of the arme: if he then perceiue himselfe to be nerer by halfe an arme, he ought not to care to defend himselfe, but with all celeritie to strike. For as he hitteth home first, so he preuenteth the fal of his enemies sword. But if he be forced to defend him selfe from anie edge blow, he must for his greater safetie and ease of doinge it, go and incounter it on the halfe sword that is hindermost: in which place as the enemies sword carrieth lesse force, so is he more nere at hand to offend him.

Concerning thrustinge, or the most perilous blowes of the point, he must prouide so to stand with his bodie, feet and armes, that he be not forced, when he wold strik, to lose time: The which he shal do, if he stand either with his arme so forward, either with his feete so backward, either with his bodie so disorderly, that before he thrust he must needs draw back his arme, helpe himself with his feet, or vse some daungerous motion of the bodie, the which when the enemie perceyueth, he may first strik before he be stroken. But when a man standeth in due order (which shall hereafter be declared) and perceiueth that there is lesse distance from the point of his sword, vnto his enemie, then there is from his enemies sword vnto him, In that case he must nimbly force on a strong thrust to the end he may hitt home first. 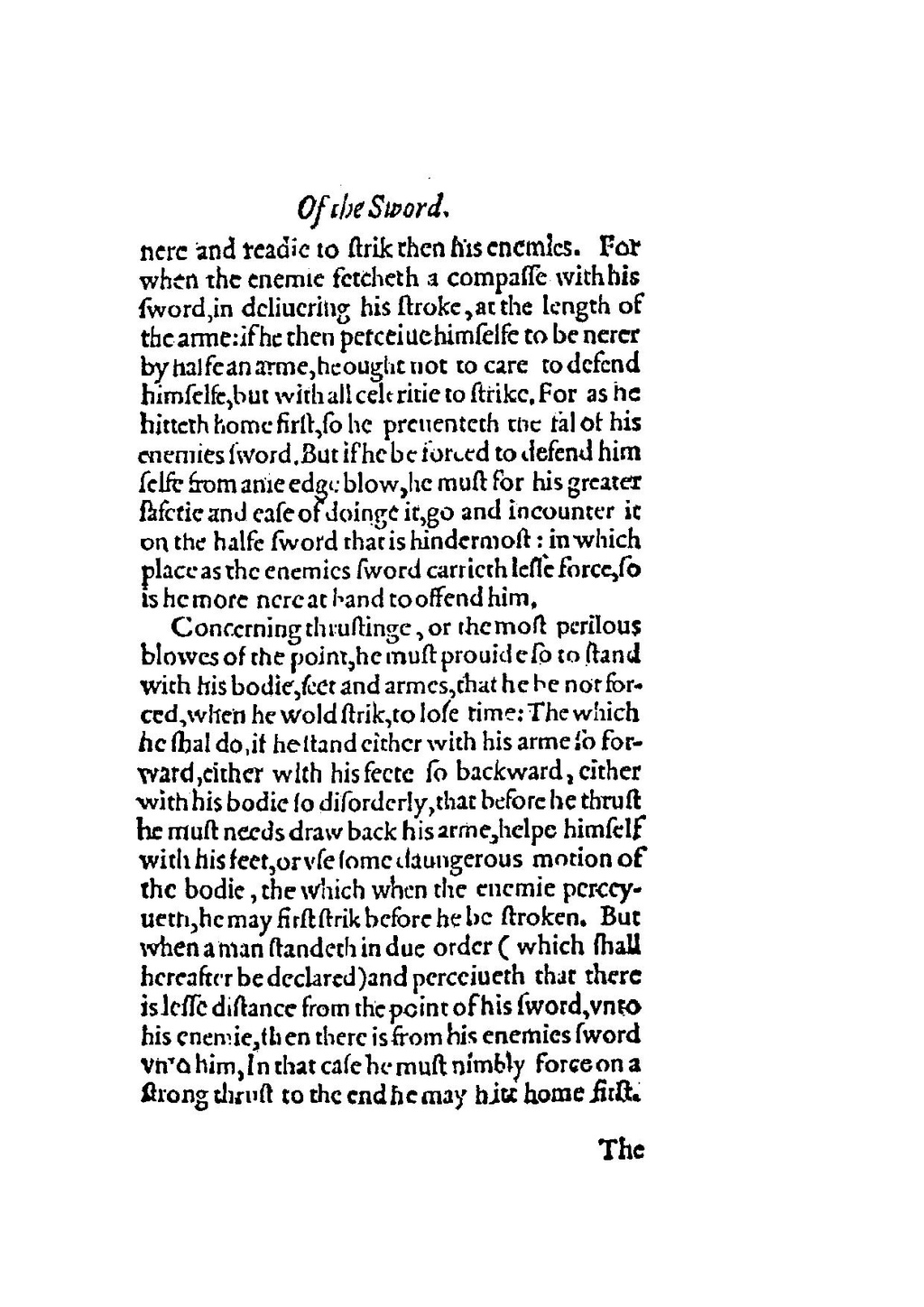