greatly moue it selfanie other waie more then that and that same waie the head maie not moue being a member of so great importance.

Therefore when a man striketh, either his feet or his arme are thrust forwards, as at that instant it shall make best for his aduauntage. For when it hapneth that he may strongly offend his enemie without the increase of a pace, he must vse his arm onely to perfourme the same, bearing his bodie alwaies as much as he maie and is required, firme and immoueable.

For this reason I commend not their maner of fight, who continually as they fight, make thēselus to shew sometimes litle, sometimes great, sometimes wresting themselues on this side, somtimes on that side, much like the mouing of snailes. For as all these are motions, so can they not be accomplished in one time, for if when they beare their bodies low, they would strike aloft, of force they must first raise them selues, and in that time they may be stroken. So in like maner when their bodies are writhed this way or that waie.

Therefore let euerie man stand in that order, which I haue first declared, straining himself to the vttermost of his power, when he would ether strik or defend, to performe the same not in two times or in two motions, but rather in half a time or motion, if it were possible.

As concerninge the motion of the feete, from which grow great occasions aswell of offence as defence, I saie and haue seene by diuers examples that 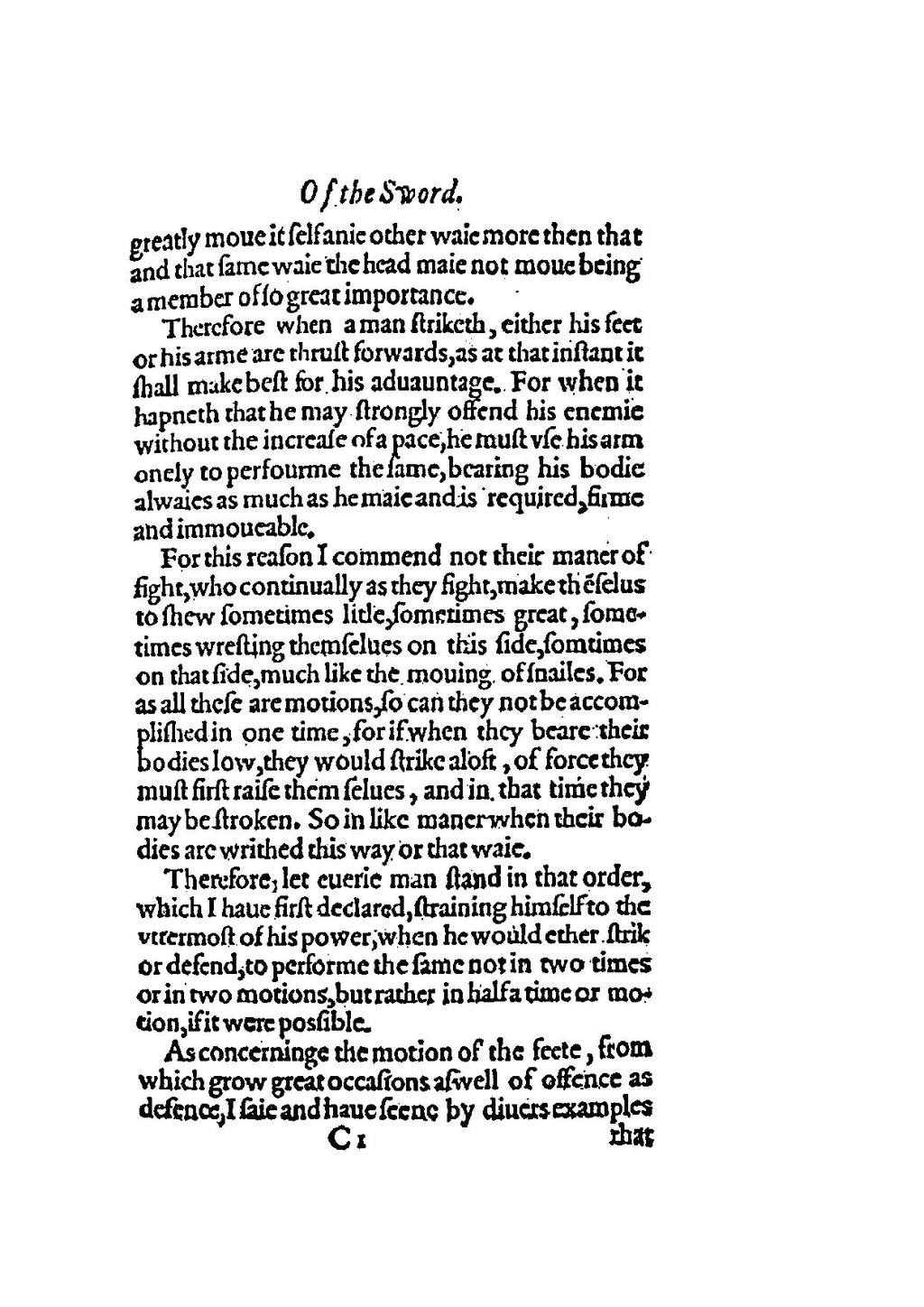