wardes, but yet a thwarte or crossing: and as it groweth forwardes, it carieth the bodie with it, out of the straight line, where the blowe is giuen.

The like is ment by the pace that is made directly backwardes: but this backe pace is framed more often streight then croked. Now the midle of these backe and fore paces, I will terme the halfe pace: and that is, when the hinder-foote being brought nere the foore foote, doth euen there rest: or when from thence the same foote goeth forwardes. And likewise when the fore-foote is gathered into the hinder-foote, and there doth rest, and then retireth it selfe from hēce backwards. These half paces are much vsed, both streit & croked, forwards & backwardes. And in like sorte, halfe paces forwardes & backewardes, streight and crooked.

Circuler paces, are no otherwise vsed than halfe paces, and they are made thus: When one hath framed his pace, he must fetch a cōpasse with his hinder foote or fore foote, on the right or lefte side: so that circuler paces are made either when the hinder-footstanding fast behinde, doth afterwards moue it selfe on the lefte or right side, or when the fore-foote being setled before doth moue likewise on the right or left side: with all these sort of paces a man may moue euerie waie both forwardes and backewardes. 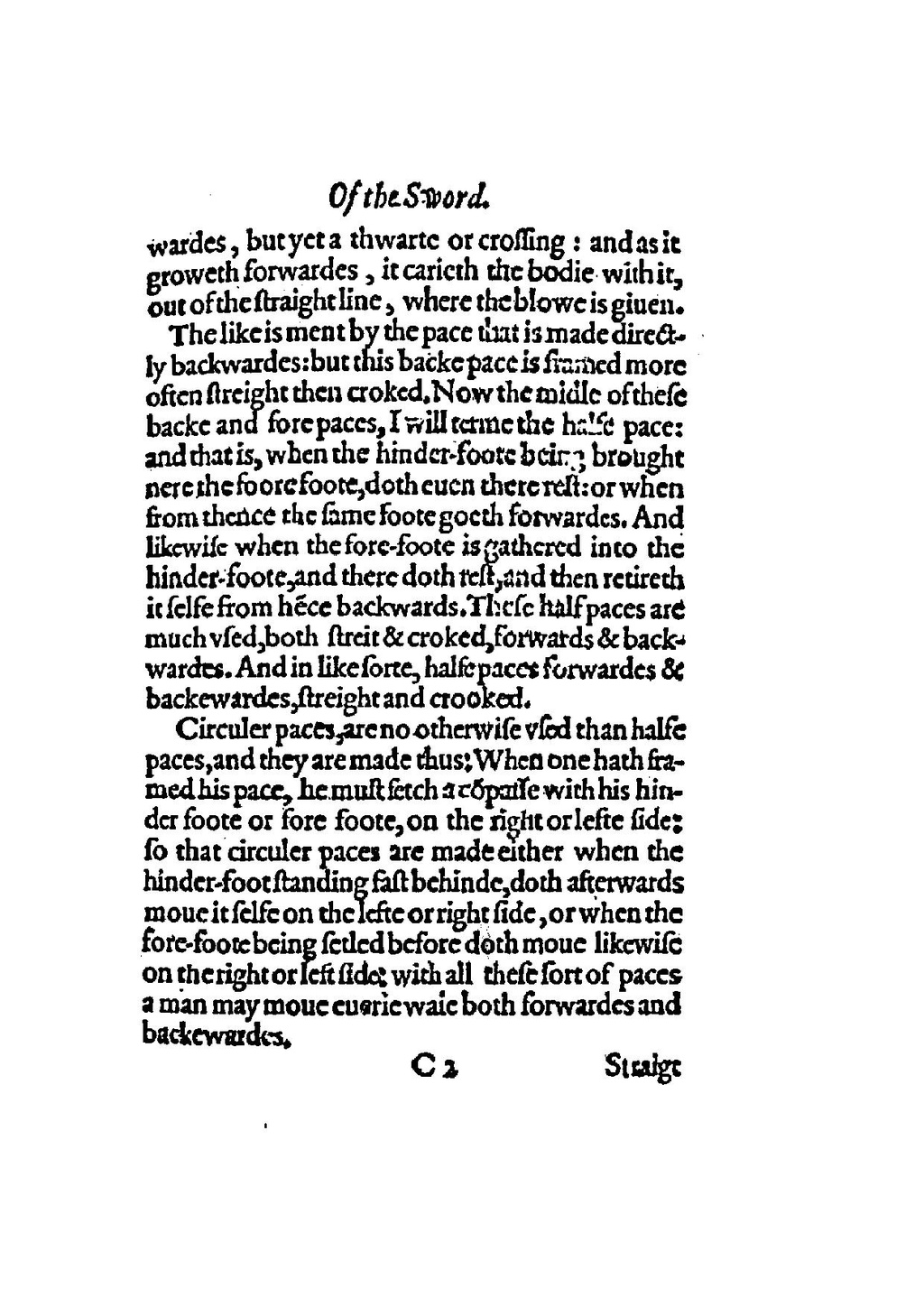