WArds in weapons are such sites, positions or placings which withstand the enemies blowes, and are as a shield or safegarde against them. For he who hath no skill to carrie his bodie and beare these weapons order lie, which either couer, or easely maie couer the whole bodie, cannot be saide to stand in warde, insomuch that a man ought to vse great diligence in the apt carriyng of his bodie and weapons, For manie times he ought to settle and repose himself in his ward, therein deliberating vpon some new deuise, or expecting when his enemie wil minister occasion to enter vpon him.

The Wards which maie be vsed with the single sword are threefold, Neither in my opinion maie they be anie more: for that one onlie straight line, which is the sword, maie not couer, defend and easelie offend after anie other maner.

THis high warde, which also might be called the first, beeinge the very same which euery man frameth at the draing of the sword out of the sheath, may so farre foorth, and in somuch be termed a warde, in how much, by turning the poynt of the sworde downewarde, it wardeth the 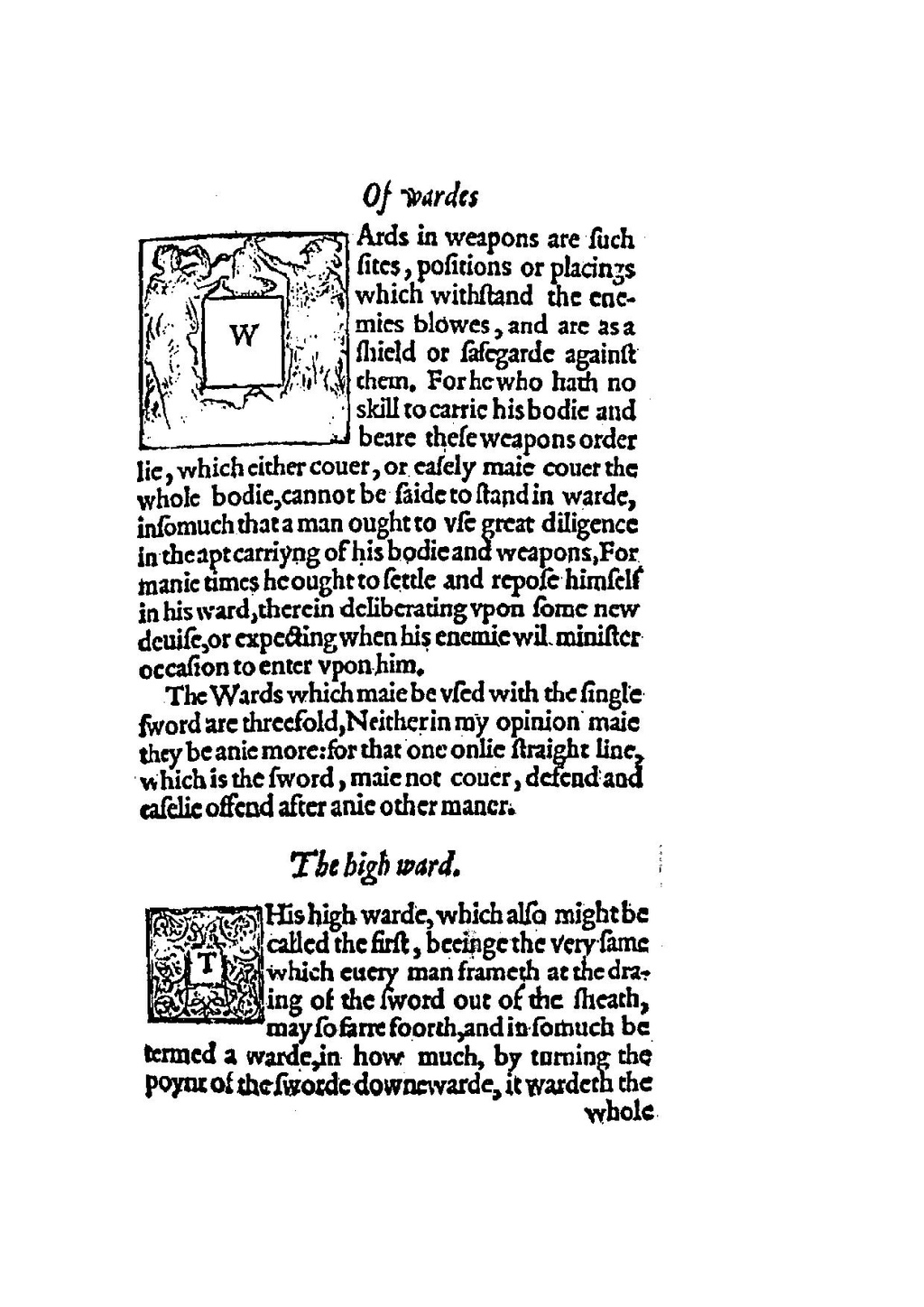