whole person, and for that, by gathering in of the hinderfoote, & incresing forwardes with the right foote, a man may discharge a strong thurst aboue hande at his enemie.

In this, and in al other wardes, it is diligently to be noted, that he beare his weapons so orderly disposed, that the streight lyne which goeth from the swords point be stil bēt to strike the enemy, ether in the face or in the brest: for if the point be so borne that it respect ouer the enemies head, the enemie may easely first enter vnderneth & strike before the fall or discend thereof: And by holding the poynt two lowe, he may by beating it somewhat downwards cause it to be quit void of his bodie, and so safelie come in to strik, the which hath bine manie times sene. 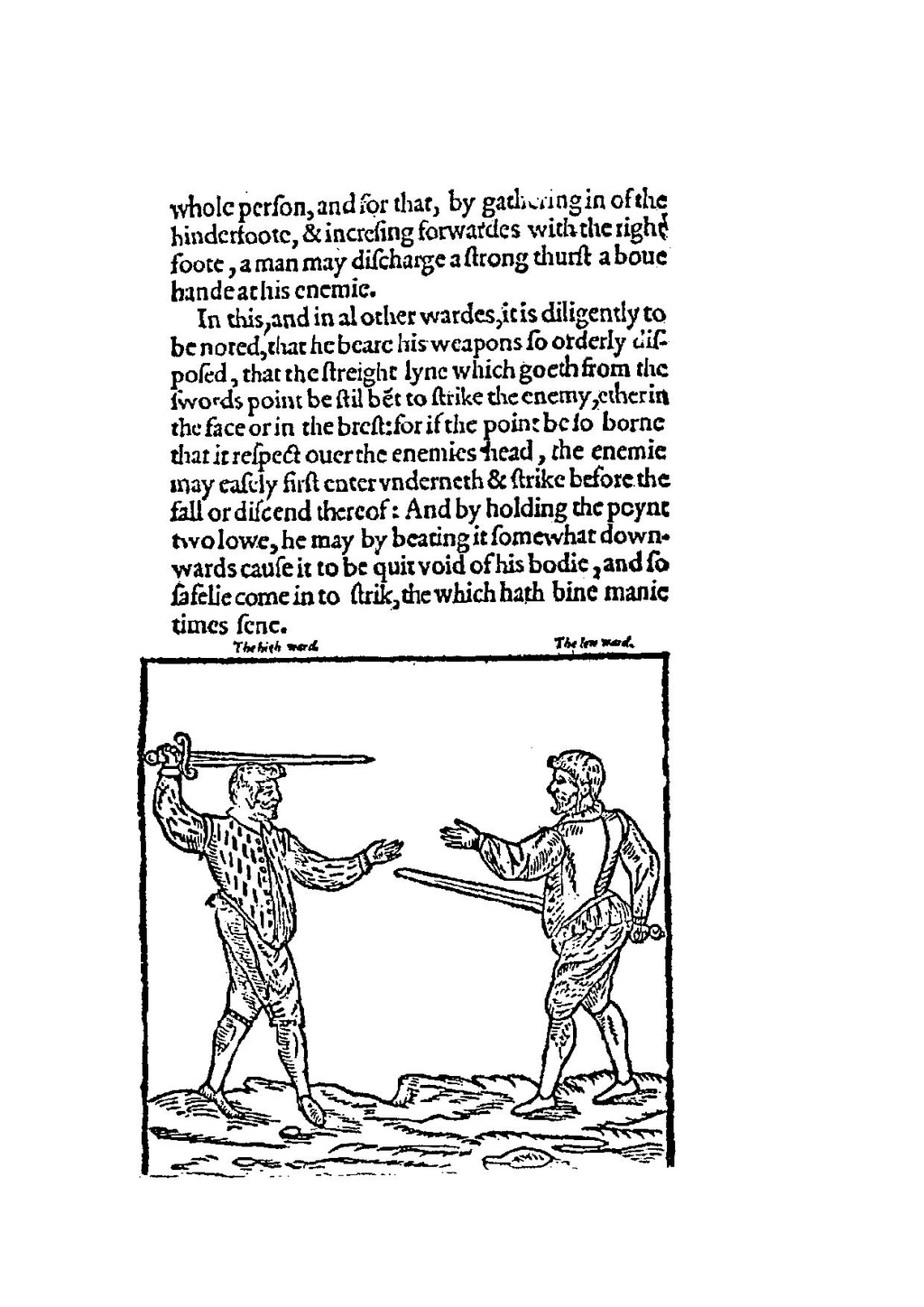