without the saide lyne: For it is borne so bending towarde the left side that it respecteth directlie to strike the enimie, and being borne in that sorte, it may verie well both strike and defend. And when the poynt of the sword is borne out of the streight lyne, as the hand and handle is, then a man is in daunger to bee hurte caselie by the enimie, the which happeneth not when the poynt is bending, for in such order, it is as a barre and defence to the whole bodie.

THis also from the effect is called the base ward or lock: Neither is this name improperlie giuen by the Professors of this Art, for that it is more strong, sure and commo dious then anie other ward, and in the which a man may more easelie strik, ward & stand therein with lesse paine. This ward is framed in the Schools after dyuers fashions, either bearing the hand low before the knee, either verie much stretched forwardes, either betweene both the knees. All which fashions, (if we regard naturall reason, and the motions vsed therein) are to small purpose: for, besides that they are all violent, and for a small time to be endured, they are also such, in the which a man may not strike but in two tymes, or at the least in one, and then verie weakly. Wherefore, casting all these aside, I will frame such a warde, as shalbe applyed, to time, to nature, and to safetie: And it is, when one beareth his arme directly downwardes neere his knee (but yet without it) and his sworde with the point somewhat raysed, and bea- 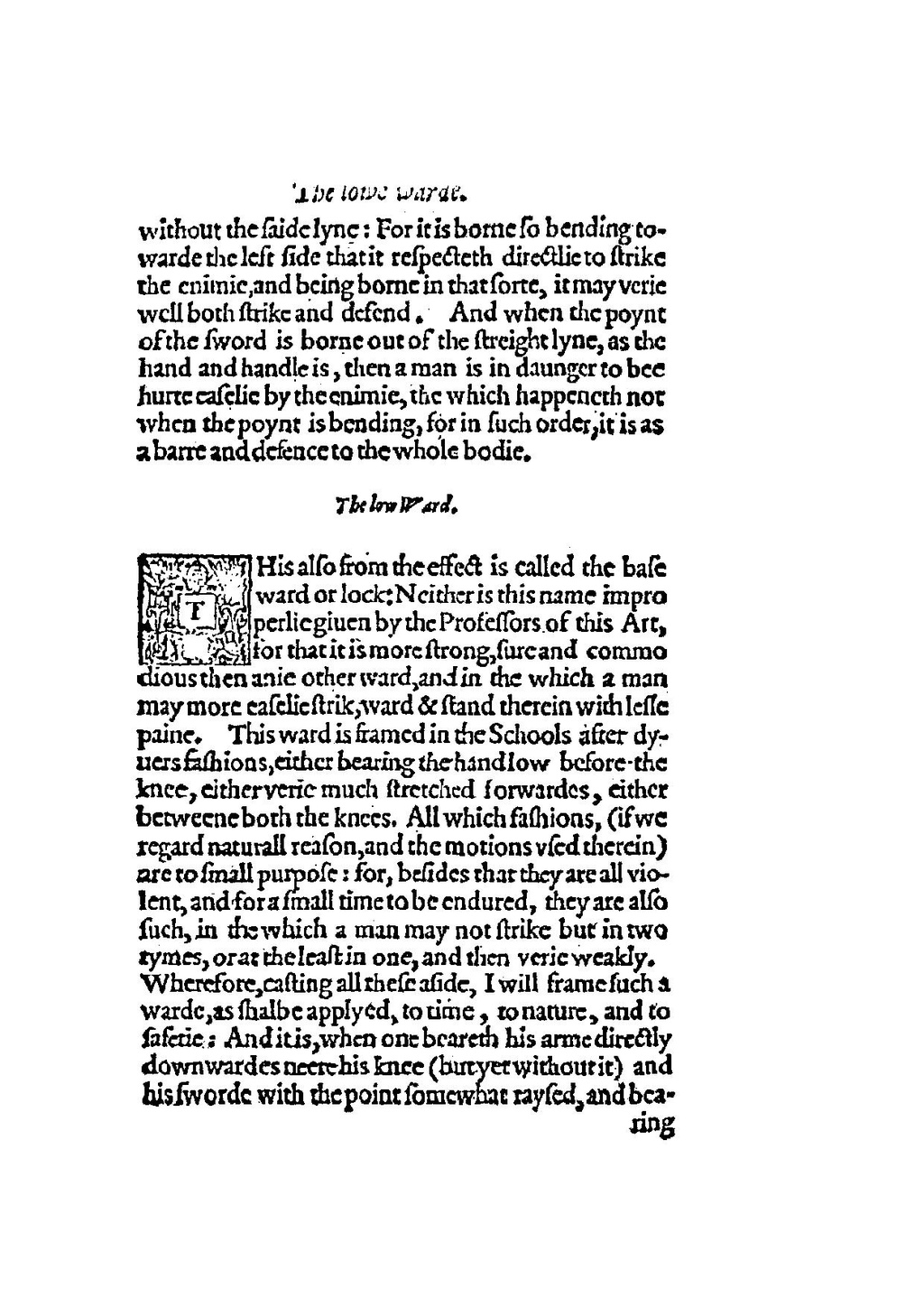