VVhen it is better to strike with the edge.

FOr no other cause, the edge is preferred before the poynt, then for the time: the shortnes whereof, is so to be esteemed aboue all other things in this Arte, that (omitting the point and edge) it ought to be giuen for the best and chiefe counsell, that same to be the better blowe, in which a man spendeth least time. And therfore when this happeneth and may be done with the edg, then the edg is to be preferred before the point: the which as occasion serueth shalbe further declared.

When I reasoned of the blow of the point or thurst I said, that a man ought to thrust when the point is in the straight line, because the blowe is then performed in one time. But the edg differeth from the point, in that that being out of the strait line, it indeuoreth to come in to the same againe. Therefore when it hapneth the point to be born either on the right, either on the left side, either aloft, out of the strait line, if then on would thrust in the right line, he can not performe it but in two times, whereas if he would strik with thedg be it right or reuersed, or downwards, he may do it in one time. It shalbe also verie commodious rather to strik with the edg, when as sometime a man bearinge his sword in the strait line, and the enimie ther finding it, doth with his hand beat it on this side or that side: In which case, if he would return it again into the said line of purpose to strik, he shalbe constrained to doe it whith great violence and much time.

For these reasons I hold it better to let the sworde swaie to that side, whereto the enemie beateth it, and to ioin vnto it such force, as he may to help the motion, and (fetching withall a compas) to strik with the edg. 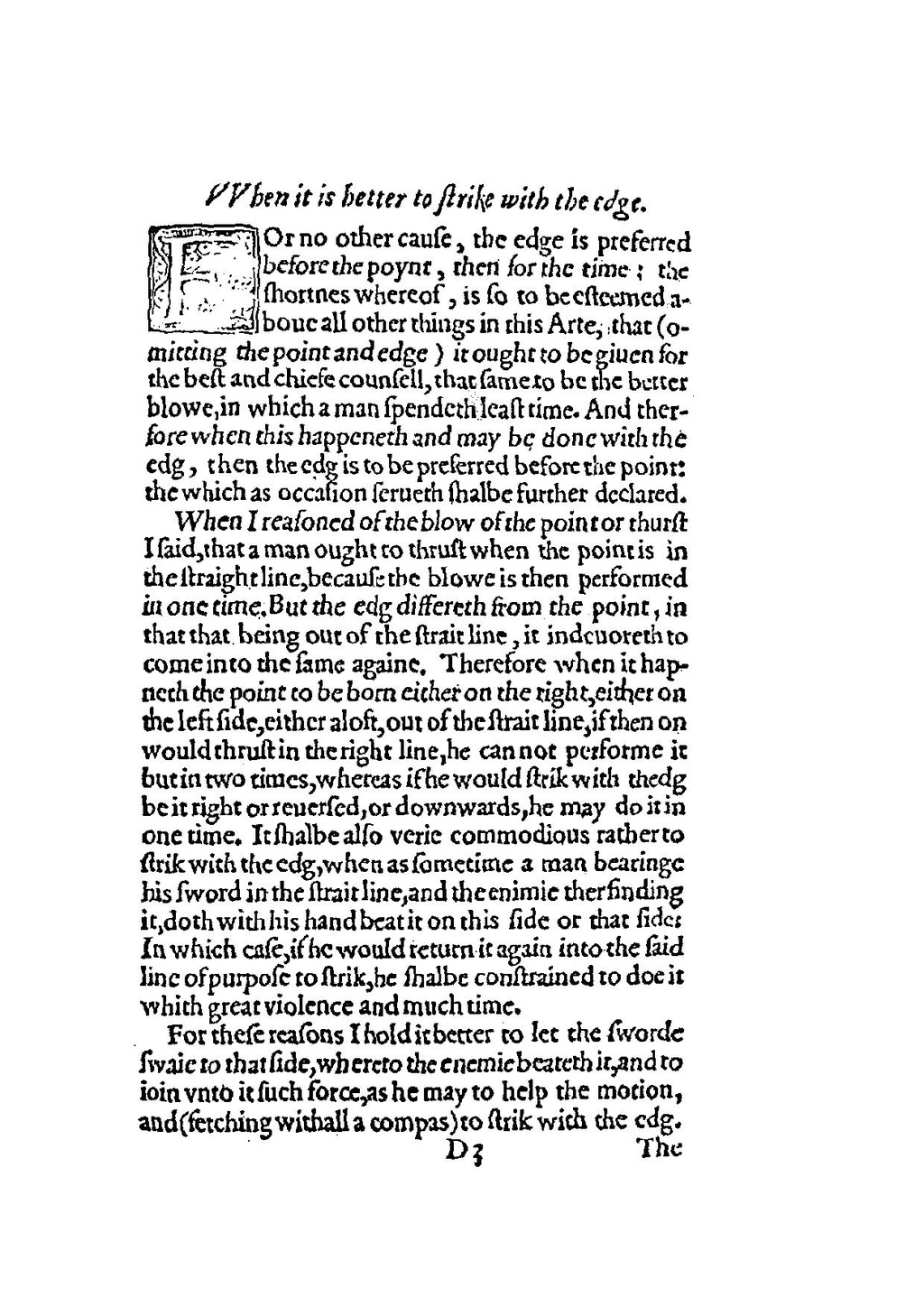